A theme discussed frequently by speakers was that the pandemic is amplifying previously existing inequalities. 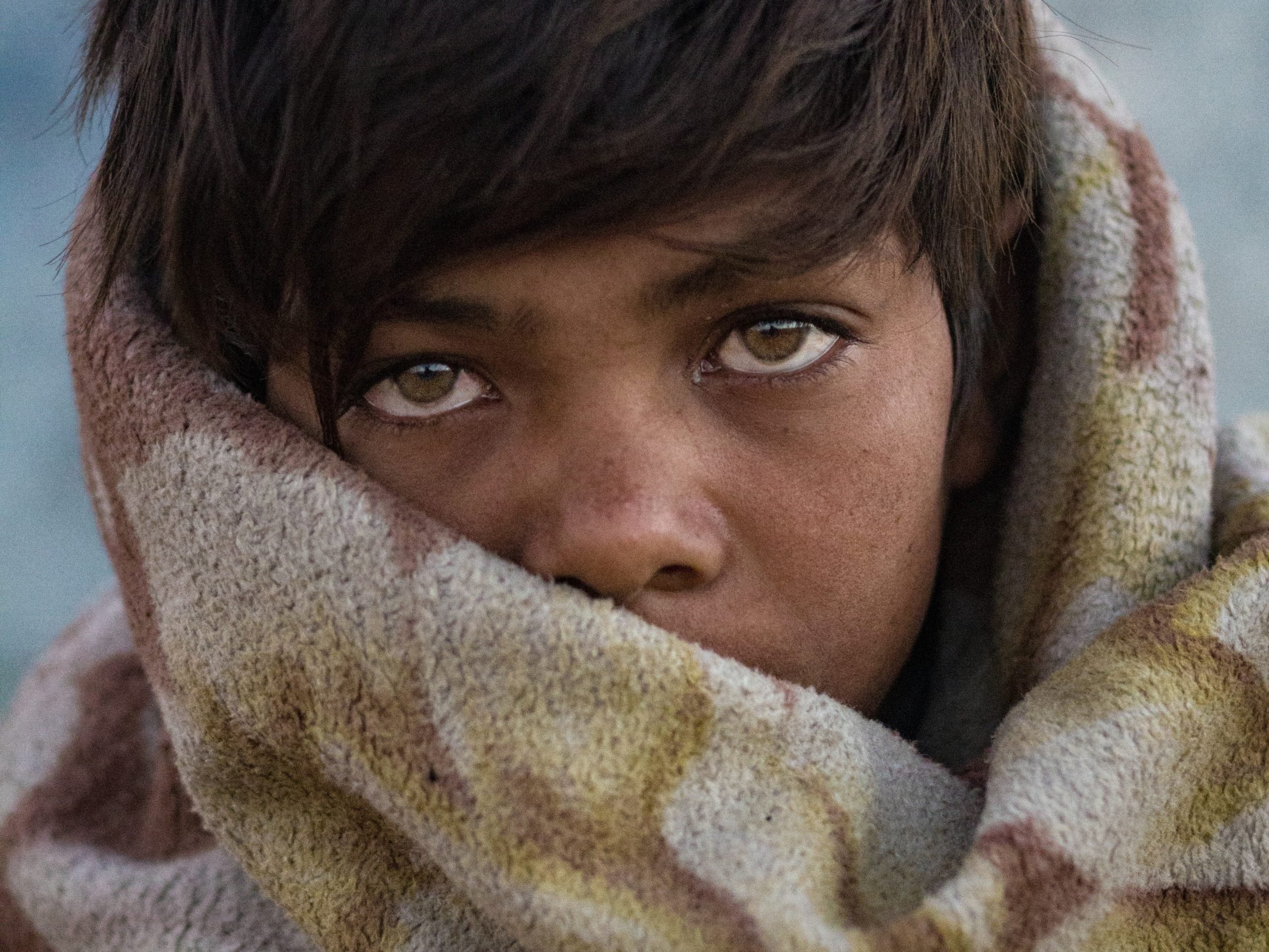 Photo by Arvind shakya from Pexels

The British Medical Association hosted the event Covid and Mental Health recently. This comes at a time of when infection with the Covid-19 Delta variant is increasing. There is also much discussion on potentially delaying the end of restrictions.

In this article I will report on the first group of speakers. It will also include additional topics such as the effect of Covid-19 on domestic abuse, on homeless communities and on populations in middle- and low- income countries.

Trauma and a lack of trust in the government

The first speaker was Vikram Patel from Harvard University. He said: “A sixth of the world’s population is battling a calamity surge of the pandemic which is now spreading to some of the poorest parts of the country and spreading across its borders to some of the poorest countries in the world. Trauma, a word used frequently in the context of mental health, can take many shapes, but at its heart it characterises the toxic effects of extreme fear, insecurity, helplessness, uncertainty, grief. Comfort of a government one can rely on has all but evaporated.”

A theme discussed frequently by speakers was that the pandemic is amplifying previously existing inequalities. Vikram described the depths of despair, suicide and substance abuse in the US after the 2008 economic recession resulting in a decrease in life expectancy in working age Americans. Many middle- and low-income countries share with US society its profound inequality, weak Social Security net and fragmented healthcare system.

“These countries are also home to the largest number of poor people in the world, …  hunger and myriad diseases of poverty. It is this toxic combination of absolute poverty with inequality which I believe is a perfect storm for a similar search of depths of despair in parts of the world. The pandemic vividly reminds us of the structural inequality, in all our countries, which also translates into disproportionate effects on mental health, in particular for women young people, low-income groups and people with existing mental disorders. And of course, let us not forget the harrowing stories that I’m reading every day from India of the trauma on an epic scale that is being experienced by frontline workers witnessing death, much of it is a which is avoidable.“

Psychiatric and neurological effects of Covid-19

Two talks described direct psychiatric and neurological effects of Covid-19. Professor Paul Harrison, University of Oxford showed that among over 200,000 patients with Covid-19, a third had neurological or psychiatric diagnosis in the following six months. We need to organize services to deal with this anticipated need.

Hamish McAuley, University of Leicester reported findings from over 1000 patients discharged in 2020. He found most survivors of a hospital admission with Covid -19 were not fully recovered five months later. Substantial diverse physical and mental health problems impact on employment creating an ongoing burden on people’s lives. Almost half had reduced physical performance. And 17 percent had mild cognitive impairment.

The effect of Covid-19 on children

The report gives useful information although Cathy cautioned that this was not representative of the general population as the children assessed here were from more affluent backgrounds.

The secondary school age group was more stable.  For hyperactivity and attention about 50 to 60% of children young people had low levels of symptoms all the way through the first lockdown. A small group had severe difficulties at the beginning and those continued throughout.  There was also a group who started off with fairly low level symptoms which increased through the lockdown. Those with difficulties by the end of the first lockdown were more likely to be male, living in low-income families, of younger age and having special educational needs. There also tended to be higher parental psychological distresses at the beginning of lockdown and parents reported greater conflict with the child.

Mental health problems in children and young people were at their highest at times of restrictions and when schools were closed. When there are pre-existing vulnerabilities, poverty, other challenging family circumstances and special educational needs there are greater difficulties throughout the pandemic.

Cathy pointed out glaring gaps in our available data with little information on differences regarding ethnicity. She ended her talk with her concern that there are obviously widening inequalities economically and educationally and uncertainty to how things will progress for the future.

Tamsin described a national survey sample resulting from semi-structured interviews first assessed in 2017.  The rates of probable mental disorder in five- to 16-year-olds in England increased. In 2020 1 in 6 children aged 5 to 16 had probable mental disorder. This figure was lower, 1 in 9 in 2017. Mental disorder was more profound in those without the ability to be able to access education remotely; nearly one in five children with the mental health disorder had no access to anything that would help them work at school.

And very worryingly, Tamsin went on to say:

“There has been the massive increase .. a doubling in the number of children presenting with eating disorders to specialist services requiring urgent assessments.”

“Even before the pandemic, we were seeing deteriorating mental health among children and young people, which was amplified by inadequate service provision to support their needs.

“Young people’s lives have been turned upside down by the pandemic, as is the case for lots of people, but their education has also been disrupted and many young people now face an uncertain future. We’re calling on policymakers to recognise the importance of education to social and mental health outcomes alongside an appropriate focus on employment and economic prospects.”

Did mental health deteriorate at the start of the pandemic?

Dr Praveetha Patalay University College London, Medical Research Council Unit for Lifelong Health & Ageing started with the question “did mental health deteriorate at the start of the pandemic?” Her reply was yes, it did.

In a group of over 2,000 individuals who responded to a survey in May 2020 when they were aged 19, at the height of the first Covid -19 national lockdown, there is a small increase in psychological distress compared with the same individuals aged 17. This increase is seen among females. Among 19-year-olds, just over one third of women and just under one quarter of men had symptoms of depression during lockdown in May, and 45% of women and 42% of men had felt lonely during this time.

Praveetha and colleagues were also assessing survey results in older adults. The study also found that young women (aged 30) have shown the biggest increase in mental health problems since they were previously assessed some years before compared to middle-aged (aged 50) and older adults (aged 62).

Praveetha says “More needs to be done to support these age groups and limit the impact of the pandemic on their future health and wellbeing”.

The pandemic and suicide

Dr Duleeka Knipe, University of Bristol, discussed the impact of the pandemic on suicide. Media reports suggested the pandemic and the lock down measures were resulting in a rise in the number of suicides and a rise in self harm. Duleeka suggested the reports seemed convincing and “….  Donald Trump was not shying away from that certainty. On 23 March last year he made a statement to say that he thought that lockdown measures should be avoided to avoid the economic consequences of those in order to keep the number of suicide deaths that he was certain would go up and down.”

The data, at least in the short term, paint a different story. Duleeka reported that hospitalizations from self-harm and suicide appeared to have either remained the same or declined. She cautioned that this is the evidence from high- and middle-income countries. “This picture we have is very narrow and is missing parts of the world where the global burden of suicide is the greatest. .. and we don’t know what’s going to happen long term an as the impact of the pandemic and the lockdown measures continue.”

Matthias Pierce, a statistician from the Centre of Women’s Mental Health Manchester talked about the impact on population mental health. He talked about two broad themes, the first being the effect of pandemic on UKs mental health and secondly the specific effects of Covid -19.

The team examined questionnaire responses to assessing nonspecific measure of mental distressing, including questions on sleep, concentration, and confidence. They found that men in general, in the early stage, didn’t appear to be affected; the effect was higher in young women and children. As Cathy Cresswell found in children, Matthias saw that improvement in mental health that coincides with end of lockdown and then in the second wave there was worsening again.

Following people over time one group showed month on month deterioration in their mental health and then another group that had generally poor mental health. The groups were over- represented by people in lower socio economic groups, groups of Asian or mixed ethnicities  and by single people who were being asked to shield.

The team looked at whether there were specific effects of the virus Covid-19 on mental health. They looked at mental health in a group who tested positive to Covid-19 and those who tested negative. Over the course of up to ten months both groups showed an increase in the risk of depression and increase in risk of anxiety of a similar magnitude.

Research continues to determine if there is any effect caused by the virus itself. In wrapping up Matthias said that mental health is generally very reactive to pandemic waves and lockdown at least in the UK. And, as mentioned by the other speakers, there are vulnerable groups who need attention and there are unknowns about other knock-on effects. “We’ve seen a large increase in alcohol related deaths in recent statistics and we don’t know the impact of drug related death. I’d say this; there is a big question over the size of the effective Covid-19 infection on mental illness.”

The forgotten student part 4: after the rent strikes