Covid and Mental Health hosted by the British Medical Association is concluded here, with the emphasis on mental health. 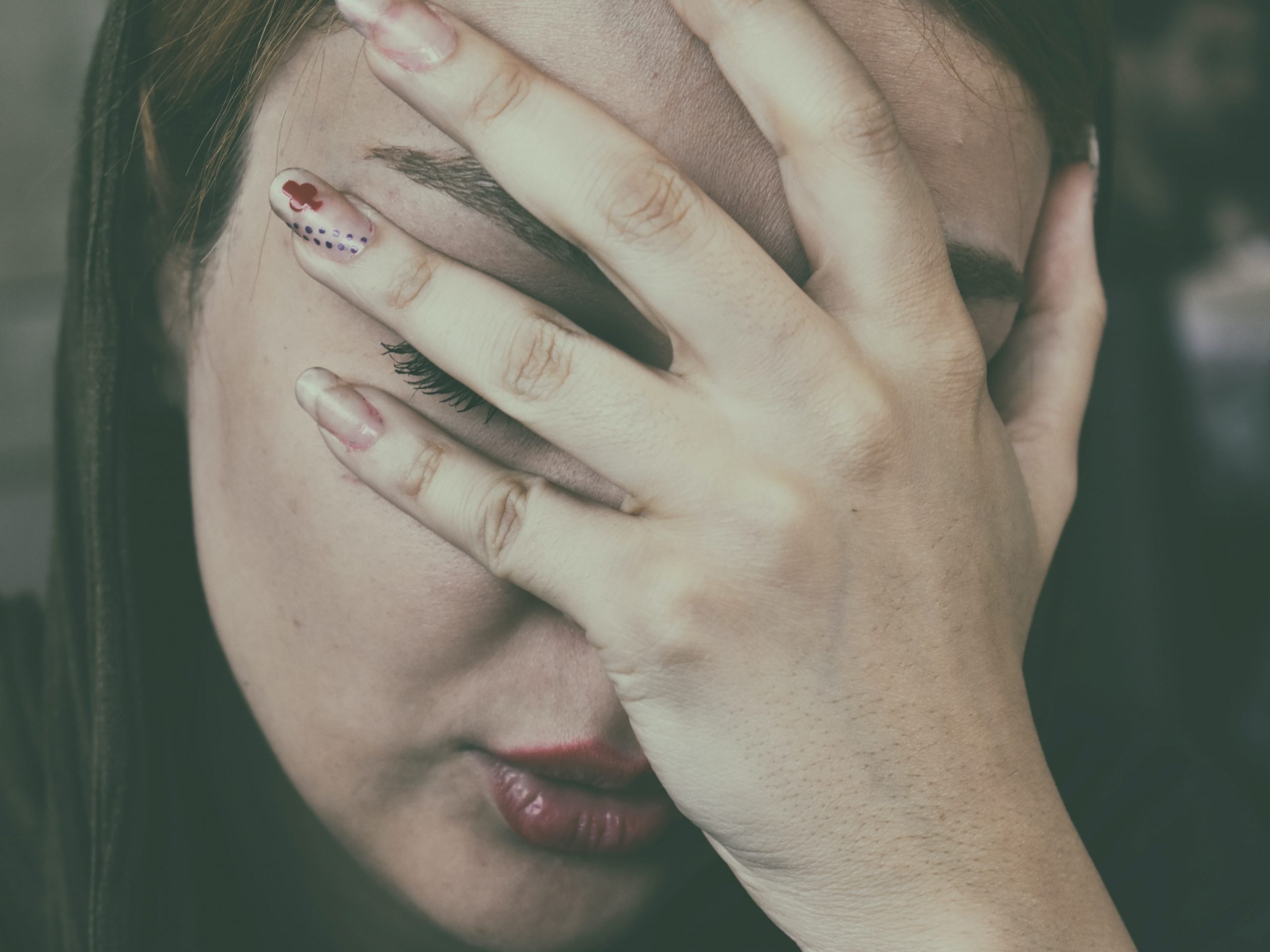 Photo by Mehrpouya H on Unsplash

Covid and Mental Health hosted by the British Medical Association is concluded here, with the emphasis on mental health, domestic abuse and homelessness. In this article we shall report some of the work being done to analyse and understand the impact of the pandemic on the mental health of citizens, particularly those affected by domestic abuse.

Domestic abuse is defined as violence perpetrated towards adult family members, partners and ex-partners. Prior to the pandemic there existed a broad consensus that there was a correlation between the experiencing of mental health conditions and domestic abuse. Dr Bhavsar discussed the Covid-19 pandemic in the context of this apparent link.

They further write that “there is a global consensus that health-care professionals should know how to identify patients experiencing intimate partner violence and provide first-line supportive care that includes empathetic listening, ongoing psychosocial support, and referral to other services, as well as comprehensive post-rape care for sexual assault victims.” This means that the healthcare response to domestic violence and abuse needs to be situated within wider societal responses with laws, and criminal justice, social care and child protection are all playing a role.

The effect of the pandemic

Dr Bhavsar reported an increase in domestic abuse from March through the summer of 2020. The Victim Support charity also reported that frequency of handling domestic abuse cases rose: from March onward there was a gradual increase which was maintained. The number of calls to the MET police for ‘domestic incidents’ also increased, as did applications for non-molestation orders from the spring of last year, roughly the time of the initial lockdown. These data suggest an increase in cases of domestic abuse and similar incidents.

Further evidence was offered by Piquero et al. who performed a systematic review and meta-analysis of the evidence, to understand and evaluate the impact of the pandemic on cases of domestic abuse and violence. They write that the “measures introduced to mitigate the immediate impact of the virus left parents and children confined to their homes, cut off from friends and neighbours, and others capable of reporting signs of abuse and violence and intervening to help potential victims escape.”

So while the focus of their studies was the United States, the variables analysed are consistent with those in the UK, allowing for a more reliable generalisation of the conclusion. The study suggested that, on average, across the 18 studies used in their analysis, there was an increase in domestic abuse incidents. All but one of the studies in their meta-analysis used police and criminal justice data.

The United Nations has also emphasised the potential effect pandemic restrictions might have elsewhere in society. In her essay, ‘Violence against women and girls: the shadow pandemic’, Phumzile Mlambo-Ngcuka, of UN Women, writes that “with 90 countries in lockdown, four-billion people are now sheltering at home from the global contagion of Covid-19. It’s a protective measure, but it brings another deadly danger. We see a shadow pandemic growing, of violence against women.”

She reports that in Argentina, Canada, France, Germany, Spain, the United Kingdom, and the United States, government authorities, women’s rights activists and civil society partners have flagged increasing reports of domestic violence during the crisis, and heightened demand for emergency shelter. Singapore and Cyprus have registered an increase in calls to helplines, while in New South Wales 40 per cent of frontline workers reported increased requests for help with violence that was escalating in intensity.

The evidence is undeniable. This is the conclusion of Dr Bhavsar: “What we have is police and criminal justice data and experience of the charitable sector both pointing to an increase in domestic abuse. …  just to point out that the course domestic abuse is complex and involves overlapping dimensions… speaking as a clinician I can see very clearly that clinical uncertainties have arisen as a result of the pandemic in relation to domestic abuse around risk assessment, identification, information sharing and so on… many of the challenges that existed before the pandemic in improving the health system’s response have really been magnified rather than being raised in the past year.”

The indirect effects of Covid-19 on mental health: homelessness

Homelessness is the acne on the face of capitalism: how can countries so rich, with such incredible concentrations of wealth, allow homelessness to exist? The exacerbating and stretching effect of the pandemic on existing inequalities, making the poor poorer, increasing the prevalence of mental illness and decreasing the access to treatment, suggests that homelessness will only get worse as a result.

The homeless co-exist within a web of other inequalities. Those within the homeless population who work are more likely to be working in low-wage jobs, for example. And the homeless population, just like the rest of us, is ageing, but those experiencing homelessness age more rapidly (in terms of a health comparison with the national average). There is also an above average prevalence within the population of medical conditions that increase the risk of serious illness and death from Covid-19 such as chronic lung disease, and comorbidities such as a mental illness.

Dr Doran outlined some of the terrible conditions faced by the homeless community during the pandemic, and the obstacles inherent in trying to mitigate the impact of the virus given these challenges: “…once you get even a small cluster of two or more people within the shelter who have Covid-19, when they test everybody in those shelters, 30% or more test positive for coronavirus. And the majority of them — the vast majority of them, actually — have not displayed symptoms. So, in New York City, some of the shelters have begun doing some testing, but it’s still not widespread. And, you know, that is problematic, because we know that there are all these asymptomatic cases. So, the current screening to try to catch people who do have coronavirus, and isolate them in the shelters, is based on asking people about symptoms.”

Given the nature of the United States, there will always be a disparity between different states with different approaches to healthcare and public health. As Dr Doran says, “we’ve seen some places do better than others throughout the U.S. …moving people proactively into private settings, like hotel or motel rooms, to protect them.” Early in the U.K. there was an effort to move the homeless population off the streets and into private accommodation, and one of the places which Dr Doran believes did best in moving the homeless population in the U.S. was Connecticut. “Early on, before the peak of their pandemic, before .. even the upswing of their pandemic, they moved people, a large number, the majority of people, out of their congregate shelters and into hotel and motel rooms. And they have not seen nearly the number of infections and deaths among people experiencing homelessness as we have here [New York], for example.”

But this is only a short term solution to a problem – in fact, problem is a euphemistic term: a pandemic, a cancer, is more appropriate. Once the pandemic is over, there must be renewed intensity to end the idea that wealthy nations should have anyone sleeping on the streets, especially as there will be potentially “a mountain of new homelessness” due to the factors of increased vulnerability, poverty, substance abuse, and the exacerbating effects of the pandemic. The hits to the economy are only going to make this worse: disruptions in education, job losses, rent burdens etc. are all going to exacerbate the cancer.

But as Kelly finishes, “We’re not yet sure what the full extent will be. To me the biggest unknown is how will respond as a society. Will we take this moment as a rallying call to recognise that… housing is essential for health and a human right, or will we let the moment pass us by? I suspect in some ways it will be up to all of us to help determine.”