It is incumbent upon us, the people, to take a lead in honouring the victims of the pandemic. 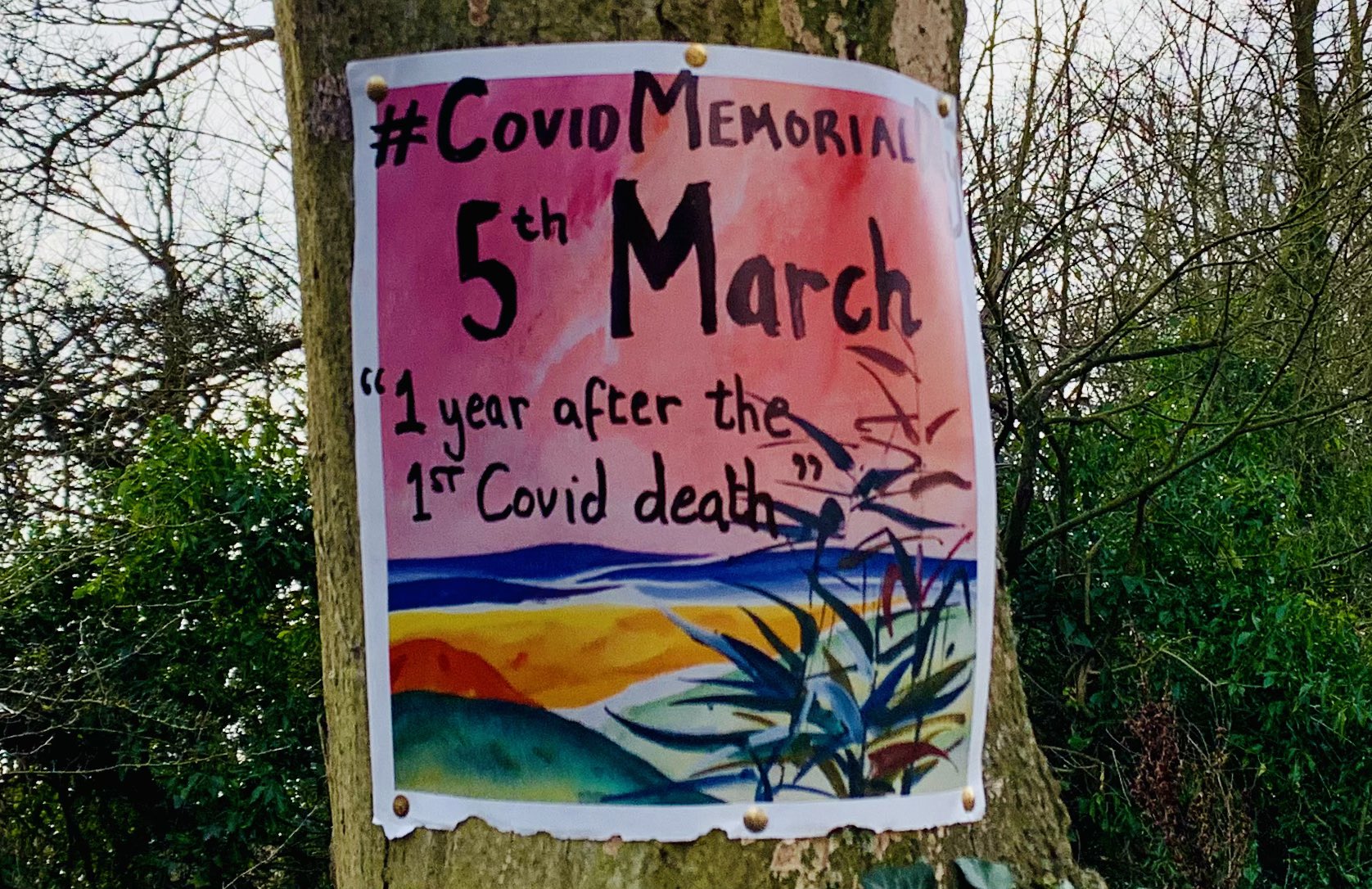 On 5 March last year the UK reported its first known fatality from the novel coronavirus. The deceased was a woman in her seventies with underlying health conditions. This woman was most probably also a wife, mother, sister, grandmother, auntie, carer, friend and neighbour. She most likely worked at some point during her life, juggling caring responsibilities with a job, and she may well have volunteered in her community. She would have taken holidays and gone shopping. Hers would have been a life full of diverse experiences with all its ups and downs, much like yours and mine.

As we reach the end of February with the official UK death figures approaching 125,000, and following a year of government failure to prioritise public health resulting in gross mismanagement of the pandemic, it is time to give space in the public domain to grieve for all the human beings whose lives have been cut short. The need for a public mourning is not simply because of the scale of the loss but also because of the circumstances which have prevented many of us from being able to organise family funerals in the usual manner with limited numbers of mourners, no singing at the ceremony, and no wakes. Grief must be expressed or else we, the bereaved, cannot move on and rebuild our lives learning to live with unbearable loss.

5 March has therefore been designated a National Covid Memorial Day by a group of campaigners led by human rights campaigner, Stefan Simanowitz. In an article for euronews last September Simanowitz is quoted as saying:

“Part of the problem in Britain is that everything about the government’s coronavirus strategy is inextricably entwined with politics and any association with the dead is something that Downing Street wants to avoid at all costs.”

I suspect that Simanowitz is correct in his reading of the situation; the Conservative government will not be keen to reflect on the number of deaths that have occurred on their watch. The UK now has the fifth highest death toll in the world after the USA, Brasil, Mexico and India. Per head of population we are fourth in the league table of countries that failed to protect their population from a killer virus, behind Belgium, the Czech Republic and Slovenia.

It is therefore incumbent upon us, the people, to take a lead in honouring the victims of the pandemic. The campaign suggests simple actions on 5 March such as putting a candle or picture in your window, walking to a hill top, sitting on a beach, or just closing your eyes and thinking about those we have lost.

In the USA, the day before Joe Biden was inaugurated as President, the new administration held a very moving ceremony for the 400,000 Americans who had succumbed to the virus at that point. As early as May last year, Spain held a ten day public mourning period for the then 27,000 citizens who had died from the infection.

We have heard very little from Boris Johnson about the loss and trauma that has visited every part of the country, with some families experiencing heart-breaking multiple bereavements. We are now in a period of vaccine euphoria, and in our rush to get the jab we are in danger of forgetting those for whom the vaccine came too late.

As well as Covid Memorial Days there is a campaign to create a Memorial Forest which already raised more than £2000 via crowdfunding last year.

As we begin to emerge into a post-Covid world we must remember that every number added to the daily statistics was a person, beloved by others, and not just an inconvenience for a government in denial about its disastrous handling of the worst public health crisis in decades.

Energetic upstarts from Sunderland release new single “Underneath the pain”

Energetic upstarts from Sunderland release new single "Underneath the pain"