Further allegations about Cllr Cranney, of Hartlepool amidst constitutional crisis 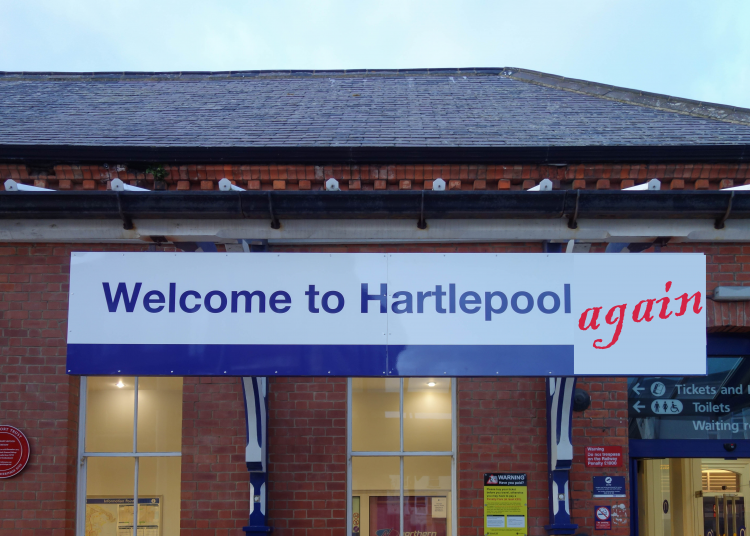 Following his conviction for assaulting his wife, allegations have surfaced of Cllr Gordon Cranney’s fraught relationship with a female councillor whilst he was a Tory Member on Hartlepool Council. And the Borough could face a constitutional crisis at the Annual Council Meeting (ACM) on 24 May. The Tory Group has vowed to boycott the event if (now former) Conservative Cranney has not resigned from the council. The majority of Independent councillors are in a coalition that the Tories control so the Labour Group with 11 out of 36 seats could find itself in charge of the town.

The drama flared after Cllr Cranney pleaded guilty at Teesside Magistrates Court to “assault by beating” against a woman. The incident took place on 6 February but only came to court on 28 April. Cranney announced his conviction after the local election polls closed on 5 May. He retained the seat he won last year, achieving 944 votes. The Conservatives claim they knew nothing about his case.

Cranney was given a two-year community order and must attend a violence reduction programme. He was also fined £180.

The tariff is not enough to bar an individual from becoming a councillor.

After widespread calls for his resignation, the Conservatives declared that Cranney was suspended from the party pending an inquiry. Cranney then announced his departure from the council, which was confirmed by the Conservatives. But in a surprise about-turn, Cranney withdrew his council resignation and in a furious response Cllr Mike Young, Leader of the Council’s Conservative Group, announced a Tory boycott of future meetings until Cranney resigns, and urged all other councillors to do likewise.

Unsurprisingly perhaps, the Labour Group decided not to comply with the Tory boycott. At which the Hartlepool Conservatives Facebook page posted:

“The Labour Party in Hartlepool are attempting a backdoor power grab of the council instead of backing strong measures against Councillor Gordon Cranney who is guilty of domestic violence.

“Labour leaders have refused to agree to the boycotting of the AGM – a meeting that Councillor Cranney could attend – but are offering no other remedy. “

But while the Tories attack Labour for continuing with council meetings, how far was this behaviour by one of their own really a surprise to the local Tory leadership?

Cllr Sue Little is a Putting Seaton First Independent and serves outside the Tory coalition. She has spent a year as Cranney’s colleague in Seaton Ward. She posted a statement on Facebook but subsequently removed it.  She has however confirmed the post with North East Bylines. Here is her edited statement:

“I’ve put off putting a post out in connection with Cllr Cranney. Myself and [Cllr Leisa Smith] had a horrendous 9 months until [Hartlepool Borough Council]  brought a mediation counsellor to intervene between us.

“I can honestly say I was petrified of this man and I made sure that if I was out someone was with me. I have worked extremely [hard] for our ward. In the last few months I’ve arranged meetings for the air pollution, this is the first meeting when I went to Bio Chem when I was alone with this man [where no-one] knew about our history and it petrified me.

“…This is the email I sent to the Conservative group last year [Nov 2021]. There was no explanation to why he went on the way he did towards myself as I had never met him before.”

Cllr Little’s post continues with a copy of the email she sent to Conservative Group Leader Mike Young (17 November 2021 at 11.48am:)

“I would like to bring to your attention as I’ve asked several times the meaning behind Cllr Cranney’s comment to myself.

“As you may be aware that relations between ourselves hasn’t been good, since the elections in May.

“At first I held out a olive branch asked him on walk rounds that I had previously arranged with officers and police. For me to receive threatening messages. The one that’s disturbed me the most is…”

Cllr Little then inserted a screenshot of messages to her from Cranney including, “..I never seen the challenge before but the Hatred has spurred me on. “

Her email to Cllr Young continues,

“I’ve asked on numerous occasions the meaning behind this message, every time Cllr Cranney refuses to answer. With this in mind I took it as a death threat and went to the police, where they visited him and he was informed that if he or his friends made any more of these comments he would be charged as harassment. I’ve even gone to see my solicitor if I could take an injunction out against him as I was scared to leave my property in case I ran into him.

“As leader of the Conservatives I urge you to seek clarification on this comment as it has deeply disturbed myself.

“I have spoken with [local Conservative president Ray Martin-Wells] about this and he knows how deeply upset I am about it.”

Subsequently Councillors Little and Young met and as a result, she posted, internal action was taken by the Executive Committee of Hartlepool Conservative Association.

We reached out to Cllr Cranney for his response. His reply was:

“I believe Cllr Susan has removed her post, therefore could you please drop the story. “

We have also asked Cllr Mike Young for a comment. We have yet to receive a reply.

Cllr Cranney has now left the Conservative Party and will sit as an Independent. He is currently entertaining his Facebook fans with an a capella rendition of the Robbie Williams song “Better Man”.

If the Cranney-Tory Mexican stand-off continues, the Conservatives will have to boycott the Annual Council Meeting (ACM) on 24 May. While the new Tory-Independent coalition has already met in a round table meeting to decide committee roles – which carry extra allowances- the positions will have to be ratified at the ACM which will be subject to the boycott.

The ACM decides the joint Council Chair and Ceremonial Mayor and their Deputy, committee chairs and memberships, and appointments to outside bodies.

Meanwhile the Tory attack on Labour’s refusal to join their boycott doesn’t seem to have damaged Labour’s image. Ged Hall, the town’s longest serving councillor,  left the Labour Group in 2016 after clashes with the local party and subsequently served as an Independent.  He has decided to rejoin the Labour Group, bringing their number to 12.