Julie Ward writes about the need for governments to take ecocide seriously in a time of high temperatures at the poles and extreme weather. 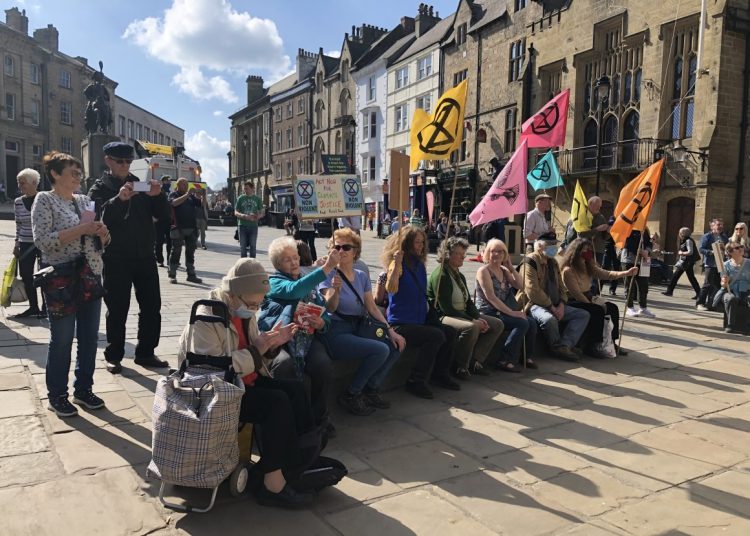 Julie Ward is part of a group that calls for the EU to recognise ecocide in law.

Saturday 26 March is Earth Hour Day. This is a global campaign that encourages people all around the world to switch off their lights and stand united with each other and the fragile world we all share.

This solidarity campaign began in Sydney, Australia, in 2007. It is an initiative of the World Wildlife Fund, originally designed to draw attention to the growing environmental disaster and accompanying species loss. Fifteen years later with most governments around the world failing to take decisive action to tackle climate change we must continue to ramp up the pressure. This is particularly important in the light of the failed Glasgow COP26 which saw political posturing, platitudes and empty promises instead of serious commitments, or as Greta Thunberg succinctly put it, more ‘blah, blah, blah!‘

Four months on and the activists who filled Glasgow’s streets have not stopped in their efforts to expose mealy-mouthed politicians for the charlatans they are. The COP26 NE Coalition has continued to meet on a regular basis to share campaign information on issues such as the proposed Cumbrian coal mine and the Police, Crime, Sentencing and Courts Bill which will seriously limit our rights to protest. The coalition maintains an active Facebook page which provides a steady stream of information and events.

The youth movement #FridaysForFuture have also been out in force across the region with demonstrations yesterday in Newcastle, Durham and North Tyneside. In Durham a group of grandparents took the lead with songs, samba, information stalls and an ad hoc exhibition of paintings. The power of inter-generational solidarity cannot be underestimated especially with a government that refuses to give 16/17 year olds the vote.

Last weekend saw unprecedented high temperatures being recorded simultaneously at both poles. Weather stations reported temperatures in Antarctica of 40 degrees C above normal whilst in the Arctic the differential was 30 degrees C above normal. It should be noted that this happened at the Equinox, during the time when the polar ice caps transition from Winter to Summer or vice versa, and is particularly concerning in the Southern Hemisphere where increasingly colder weather should be the norm. Scientists have subsequently reported the complete collapse of the Conger ice shelf in the Antarctic which is of great concern as it is situated in the east of the continent which was thought to be comparatively stable.

Whilst some experts suggest these high temperatures might be a freak occurrence it comes during an era of extreme weather with recent devastating storms in the UK and floods in Australia not to mention last year’s deadly floods in China, Germany and Belgium, hurricanes, typhoons and tornadoes in Asia and the Americas, wildfires in Greece and a ‘heat dome’ in the Pacific North West.

Organise in your own sector

The dire warnings from concerned activists and the mounting scientific evidence could easily conspire to paralyse us with fear, with climate anxiety now being acknowledged as a genuine stress-related condition. So it is important to find ways to feel empowered and to act in concert with others. One of the best ways to do this is to organise within your own sector, including through trade unions.

As someone who works primarily in the cultural sector I joined the mass movement Culture Declares Emergency two years ago and help to organise events online and across the region including up and coming workshops with Letters to the Earth.

On 20 March I joined artists from around the world for the launch of campaign group Artists for Ecocide Law, where speakers from Finland, Denmark, Australia, Iran, Canada, Mauritius, and Brazil discussed their creative responses to the environmental and ecological crisis and invited further contributions.

Artists for Ecocide Law call on the European Union to recognise ecocide in law in order to remove impunity and to deter, prevent and enable prosecution of the most serious crimes against nature that are still not recognised. Last December, the European Commission published a proposal for the revision of the Environmental Crime Directive. Whilst this proposal is a welcome step towards protecting the environment through criminal law, it still does not recognise, define and therefore condemn the most serious environmental crimes, namely ecocide.

Although this mobilisation is currently focused on the EU all artist-activists everywhere are invited to join the campaign in order to highlight this missing legal and moral mechanism to protect the Earth. Together, we want to show that the recognition of ecocide is an increasingly obvious and necessary demand across all sectors of society.

You can find more information here.