The first in a 3 part series investigating and analysing the relationships between Brexit and Russia and the part played by Dominic Cummings. Part 1 considers ‘Central Asia’, science, ‘weirdos and misfits’ 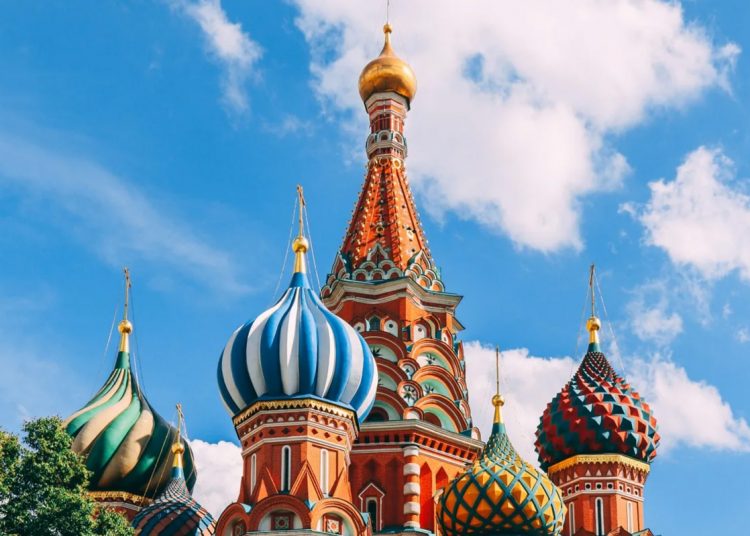 Photo by Nikolev Vorobyev on unsplash

The development of Brexit from a fringe movement into a dominant political project coincided chronologically not only with a long period of patient and sustained campaigning and lobbying, and with a lucky sequence of favourable shifts of circumstance and forces, but also with the internal development of one key external force, the politics and ideology of the Putin regime.

In June 2017 Dominic Cummings gave a talk about the Vote Leave referendum campaign at #Nudgestock 2017, billed as ‘the UK’s biggest Festival of Behavioural Science’. A short passage of Cummings’ 15-minute address enjoyed viral circulation because of some extremely candid comments it contained on the Tory party and its attitudes to the NHS and the poor. But it contains much else which demands attention.

In setting the context of the 2016 referendum, Cummings identified that one of the key forces acting on UK public opinion was the high level of immigration to the UK. This was widely perceived to be blamed on the European Union. Cummings said: “… people could see on TV the fact of this historic movement of people from out of North Africa and out of Central Asia… and very visibly neither the national governments nor the EU seemed to know what on earth to do about it.”.

“One might still wonder why Cummings used this term. What contemporary political context or perspective would spontaneously choose ‘Central Asia’; as a named region or departure point for movements of people which might alarm a western public? The answer might be found in the Russia of Putin and certain of his key favoured ideologues and sometime advisors.”

Cummings used descriptive terms which were not neutral nor free of spin. The ‘historic movement of people’ mentioned sounds like one of the mass historical migrations, invasions and conquests over the last two millennia of world history, often from east to west across the Eurasian landmass, of peoples such as the Huns, Magyars, Mongols and numerous others. Cummings’ context setting here makes no reference, on the other hand, to more specific contemporary details about terrorised refugees and asylum seekers fleeing civil wars in Libya and Syria and involving military interventions from a number of world powers. Also of course unmentioned in Cummings’ tightly compressed nugget of context setting narrative is the fact that few of the refugees leaving Syria or Libya were able to arrive in the UK, because the

UK’s non-membership of Schengen exempted it from the requirement to receive refugees arriving elsewhere in the EU. Here Cummings, although elsewhere conspicuously and fastidiously distancing himself from the ugly and repellent politics of Nigel Farage, paints a picture in a few words identical to Farage’s notorious ‘Breaking point’ poster, in which a column of displaced exiles driven from their cities by Russian bombs could be rebranded as a conquering human tide of nomadic invaders, soon liable at the result of the UK’s EU membership to arrive on our shores.

However, the most interesting, and as far as I know previously unnoticed detail in this are the words ‘Central Asia’. Syria is a state in the Middle East on the shore of the Mediterranean, at the western limit of the Asian continent. It is not in Central Asia. Central Asia, according to Encyclopaedia Britannica, ‘consists of the former Soviet republics of Kyrgyzstan, Tajikistan, Turkmenistan, Kazakhstan and Uzbekistan.’ The term has been used historically to designate wider areas, all of which are well distant from the Mediterranean.

One might still wonder why Cummings used this term. What contemporary political context or perspective would spontaneously choose ‘Central Asia’; as a named region or departure point for movements of people which might alarm a western public? The answer might be found in the Russia of Putin and certain of his key favoured ideologues and sometime advisors. Timothy Snyder covers this background brilliantly in The Road to Unfreedom (2019). Central Asia, a group of former Soviet republics lost to imperial Russian control in 1991, is a major arena and target of Russian foreign policy, and a key region in the ‘Eurasian’ imperial imagery of several nationalist, fascist and neo-Nazi Russian thinkers (namely Gumilev, Ilyin and Dugin) whose ideas fed into Putin’s strategic thinking. This swung towards outright hostility to the EU following Putin’s return to the Russian presidency in 2012 when, as Snyder writes, “Putin presented Eurasia as an instrument to dissolve the EU”.

It is well known that Cummings spent two years in Russia after university, but the nature and extent of his later Russian connections are scantily documented. Known indirect links include the five year employment of Cummings’ aristocrat brother-in-law Jack Wakefield for five years as a director of a foundation created by the Ukrainian oligarch and Putin associate Dmytro Firtash, whose extradition has been sought since 2014 by U.S. law enforcement authorities. Firtash has been described as an associate of Russian organized crime.

We know, thanks to whistle-blowers, about coordination between Vote Leave and BeLeave enabling an illegal overspend on campaign digital social media message; there is reason for suspicion, but not proof, that campaigns were indirectly funded by Russia; there is evidence that Russian actors conducted an intensive covert social media intervention to influence British voters in the referendum. We do not appear to know whether there was messaging coordination between the UK Brexiters and the Russian state actors; little data seems to have been preserved or published of the content on the respective messaging campaigns.

It is tempting to speculate, as many have done, that Cummings came into contact with right-wing Russian thinkers during his years in Russia immediately after graduating from Oxford

Cummings’ right wing mentor at Oxford, the historian Norman Stone, may well have supplied him with introductions. In later years Stone was himself a participant in Eastern European right-wing circles, in particular Hans-Hermann Hoppe’s racist-libertarian offshoot of the neoliberal Mont Pelerin Society, the Property and Freedom Society. Stone was a regular speaker at their meetings; Peter Thiel , the founder of Palantir (the company which Cummings hired to manage NHS pandemic data), was another guest. One is reminded of Cummings at moments in reading Snyder’s description of the ideologue Lev Gumilev, “a typical Soviet autodidact, an enthusiastic amateur in many fields”: Gumilev created a “theory of ethnogenesis: an explanation of how nations arise. It began from a specific understanding of astrophysics and human biology.” Cummings blogs are replete with such cross disciplinary speculations, and Cummings was later to claim that he had hired a team of astrophysicists for his Brexit data crunching exploits.

Recent speculations that Cummings may have intervened or meddled in UK scientists’ SAGE group deliberations and/or the policy implications of their advice to government about COVID-19, tend to highlight the importance of establishing Cumming’s level of scientific competence and understanding, which may have been acquired during a two year reading retreat in 2005-7.

There is added reason to ask this question since it transpired that Richard A Bernstein, a high profile right wing American economist who intervened in support of Donald Trump’s negligent pandemic policies, on the basis of unscientific speculations mixing neo-Darwinian and economic theories, was a guest speakers invited to London by Cummings to give a lecture for his anti-EU think tank in 2004. Evidence of Cummings’ role in SAGE remains scanty, but it seems increasingly necessary to wonder whether his whole political business model could be steeped in an ambience where fake news, fake science, pseudoscience and autodidact charlatanism can come to impinge of the world of high government policy. Cummings certainly resembles Gumilev in his taste for mashing up biology, epidemiology, physics and organizational theory.

Cummings graduated with a first class degree at Oxford where he was taught by classical scholar Robin Lane Fox, who recently told a BBC documentary that Cummings was: “extremely aware of his own abilities and had every reason to be”. The clearest opinion on Cummings’ grasp of science comes from Dr Philip Ball, for 20 years an editor with the premier scientific journal Nature, commenting on Cummings’ recent blog-posted recruitment advert seeking data scientists to work on policy at Downing Street. Ball concludes:

“While to outsiders Cummings’ blog might seem like sheer geeky gobbledygook, the truth is that, for anyone familiar with this field, it reads more like the efforts of a rookie postgrad spouting a breathless stream of buzzwords and random citations, devoid of depth or context, in the hope of convincing his supervisor that he knows his stuff. I mean that as no disrespect to postgrad students, but at least they are not pulling the strings of the prime minister.”

“The sad thing is that, not only could some of these ideas be useful for good governance if imported with care, knowledge and wisdom, but also that there is plenty to be sympathetic towards in the suggestion that government and the civil service are not always the most meritocratic, dynamic, mathematically literate or up to date of public institutions. Yet it’s hard not to conclude that anyone tempted by this weird job advert is precisely the kind of person you wouldn’t want within a million miles of the levers of power and influence.”