We saw the spectacle of vicious infighting among rogues of Westminster, and the abuse of someone who held up a mirror to them. 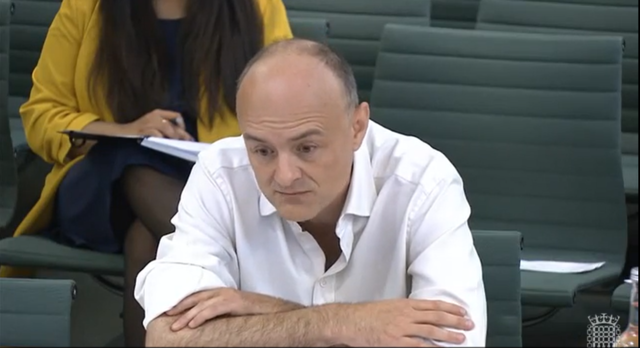 Less than lovable Dominic Cummings has had his day in court. A day in which he tore strips off Johnson and Hancock, leaving their reputations completely intact. Meanwhile, following Manchester United’s defeat against Villarreal in Gdansk, some people got what they’d long been waiting for. Marcus Rashford. This was payback time.

What did Cummings say?

At the risk of simply repeating what has already been reported elsewhere (this is from the Politico morning briefing), Cummings asserted that Johnson wasn’t fit to be prime minister and that Hancock had lied about who was to blame for PPE shortages. He said that the cabinet secretary wanted to urge the public to hold ‘chicken pox parties’. He reported that Johnson wanted Chief Medical Officer Chris Whitty to inject him with Covid-19 on live TV. And on it went. All eagerly lapped up by an audience that believed little or none of it. And all of it, needless to say, has since been denied by those concerned.

Over in Gdansk, Manchester United went down 11-10 against Villarreal in the Europa League Cup Final. It was a match that ended in a penalty shoot-out. Those of you who are not avid followers of football may be inclined to think that this was a less than crushing defeat.  But it was a defeat nonetheless, and someone had to carry the can.

That, as it turns out, was Marcus Rashford, who started receiving racist abuse as soon as the match was over. He was not alone.  According to the Guardian, the club reported that several players also received racist abuse. But Rashford holds a special place in the bile of the new right, having had the audacity to become the conscience by proxy of Johnson’s government at the height of the pandemic.

Cummings, the parcel of rogues and someone who held up a mirror

So, in the same day, we saw the spectacle of vicious infighting among the parcel of rogues that constitute the Westminster government, and the abuse of someone who held up a mirror to them.  Politico was also reporting this morning that several overnight polls suggested that Cummings’ testimony was believed reliable by only a minority. The issue here is that, for many on the right, the real nuisance isn’t Cummings and never was. It is Rashford.

Where is the Tory conscience?

The problem for many Conservatives is not that they lack conscience as such, it’s just that it is elsewhere. There was a perfect example of it this week in Darlington, when Councillor Doris Jones shared a post on Facebook. She was incensed by a report that a soldier in uniform had been refused service in a Tesco in London for fear that it might upset Muslim customers. The post was then liked by leader of the council, Heather Scott.

The embarrassment came when they were contacted by The Northern Echo and told that the original report was fake. It was alleged to have been circulated by a right-wing extremist group.  Now Doris Jones and Heather Scott are no young Tory firebrands. Both are described coyly in the Echo as ‘veteran councillors’. Anyone can be duped.

But the incident raises a few questions.  Firstly, what kind of social media does Jones read in order to be confronted with this kind of post? Then there’s the matter of how both councillors responded to the unwelcome phone call from the Echo.

Councillor Jones: “Obviously I had no way of knowing that (it was a hoax) – at the time I believed it to be genuine.

“I have shared it because I felt sympathy for someone who couldn’t get served in the shop.”

Except that original post states, ‘not share if you have sympathy’, but ‘share if you think this is an outrage’. And proposes an opposition between soldier in uniform (patriot) and Muslim customer (not patriot). The racism is crude, but not this was not obvious to Jones.  The fact that the post was dated 2015 seems to have escaped her notice as well.

Of Councillor Scott, the Echo reports: “Darlington Council is an inclusive local authority and she did not like the notion that a soldier had been refused service in a shop, which is why she supported the post – believing it to be genuine.

“She said it was liked by her private page and the incident had made her want to come off facebook.”

Clearly neither Scott nor Jones must shop in Tesco’s. Anyone who does would immediately see the whole thing as preposterous. Checkout assistants in Tesco’s do not refuse service to anyone except their regular shoplifters. It’s not their job.

But added to that is the question of why any British Muslim would be offended by the sight of a soldier in uniform in the first place.

It says something about the Conservative conscience, that there is a fantasy world in which moral outrage is stoked by imaginary events that have no basis in reality whatsoever.

For Johnson and Cummings there is no right and no wrong, just one self-serving interpretation of reality against another. Real world conscience gets in the way of that, and so Rashford becomes their legitimate target.

The forgotten, disabled student and a new defiance