“Dammit man, what are we fighting for?”: a paltry £400m ascribed to Arts regeneration in The Budget 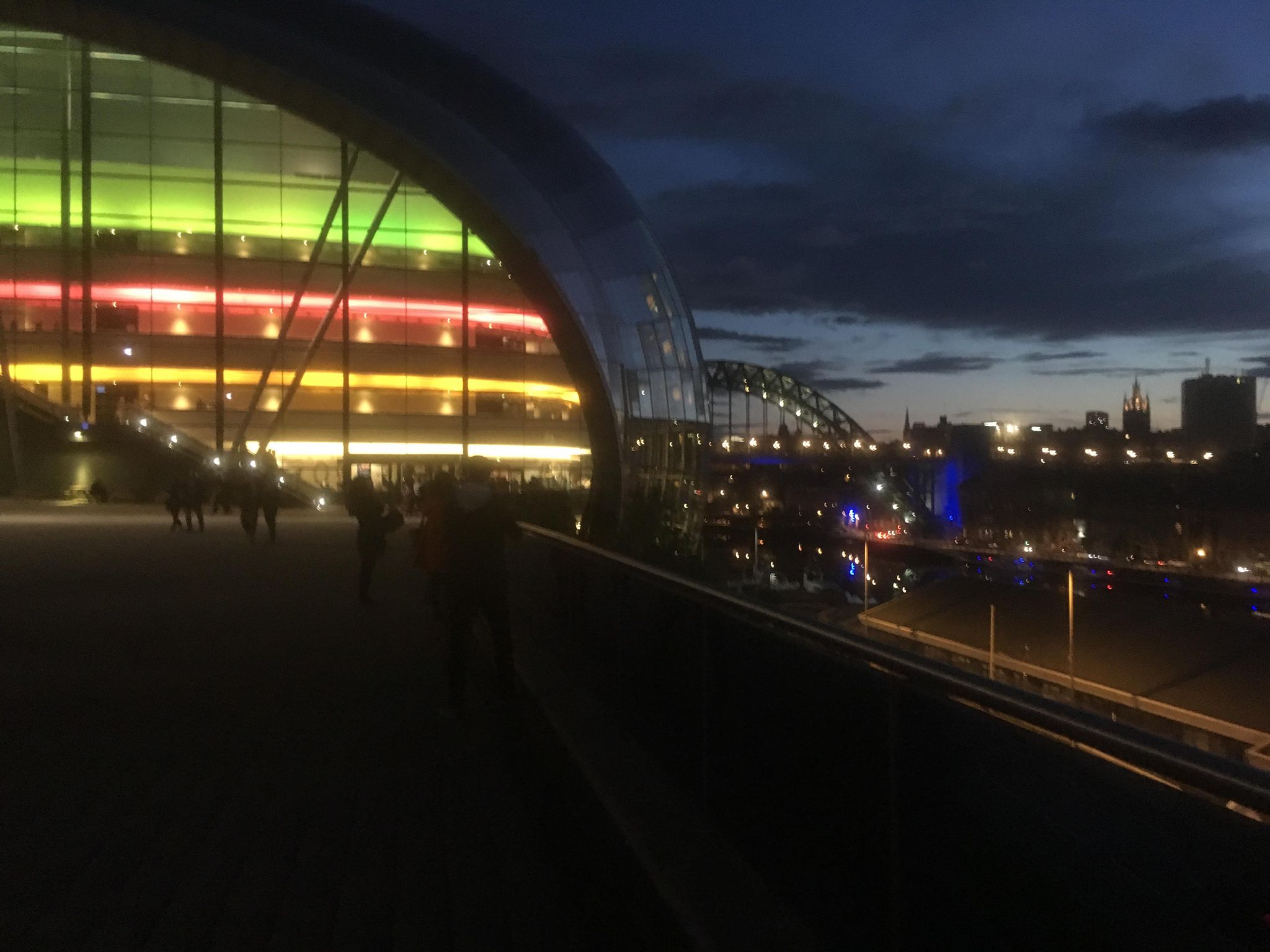 The Sage, Gateshead and the River Tyne Photo by Richard Abbot-Brailey, used with permission

The story goes- that when Churchill was asked to cut funding to the Arts in order to support the war effort in World War II, he responded as above, “then what would we be fighting for?”  Whether or not this saying is entirely accurate, the respect he expressed towards them, and the government protections he afforded them were clear:

“The arts are essential to any complete national life. The State owes it to itself to sustain and encourage them.”  (Winston Churchill)

During the Covid-19 crisis the Arts, Culture and Sport have suffered more than most. As lockdowns stripped us to the bare-minimum of activities, it seemed that all those small joys of life were closed off – gigs, festivals, theatre, concerts and galleries. I assumed would be truly re-valued after it was all over, if not least because they are a very human way of making life more bearable.

Many British PMs have revered the Arts sector in Britain and used them as tools for social aspiration and even national pride. Harold Wilson and Tony Blair….and Neville Chamberlain all spoke with so much feeling and thought on this subject,  and reminded us of the old saying that “it is by art man gets nearest to the angels and farthest from the animals.”

The soundtrack of the 1960s social revolution was Rock & Roll, fashion, photography and design. In the 1990s a ‘new patriotism’ was symbolised in a flag-dress worn by Geri Halliwell as the poster girl for Blair’s-Britpop; so that the nastier side of 1980s nationalism was temporarily, and cleverly, regenerated into something fun, creative and non-competitive (apart from Blur vs. Oasis).

“Ill fares the race which fails to salute the arts with the reverence and delight which are their due.” (Neville Chamberlain)

So why does this current government not revere the true ‘pulling power’ of the Arts – only slashing budgets over the last decade for all cultural and creative sectors. It is almost as if the DCMS wants to shrink and regress to the feudal system of patronage, where taste and style were only allowed to be passed down from the top by the privileged few – what suited their tastes should suit us all.

The cuts and tight budget is short-sighted and foolish. Cultural-led regeneration has been a local policy across Britain for many years now, but arguably has a higher profile now that at any earlier time. There is now a clear acknowledgement of the social and economic value of the cultural sector, and its ability to deliver growth and as a catalyst for regeneration. These impacts can range from growth in tourism, creative and cultural sectors, to enhancing individual skills, knowledge and confidence, to strengthening community pride and place image.

The Angel of North, The Baltic, Tate Liverpool all helped put places on the map that had been overlooked or forgotten. Liverpool was later pronounced a ‘Capital of Culture’ followed by Coventry, Gateshead and Hull and was even further invested in as people flocked to see the sights. It’s an accolade and funding pot that cities across the Europe aspire to.

Just what do we value in current western society? Is it just money, nepotism and power? Certainly Covid-19 has shown us that the government can easily fritter away £22 billion on a broken Test and Trace system, run by Baroness Dido ‘£1000 a day’ Harding, not forgetting those PPE contracts to one, unnamed  ‘go-between’ worth 21 million alone, amongst many other expensive ‘contracts for mates’.

So does the £400,000 million for Arts countrywide now seem a little mean?

Undoubtedly, in contrast to the revenue the Arts sector brings to the UK it would appear so. The Arts Council England report commissioned from the Centre for Economic and Business Research (CEBR) shows that the arts and culture industry in 2016 was responsible for:

When indirect effects are also added in, the arts and culture industry is estimated to have supported £48bn in turnover, £23bn in GVA, 363,713 jobs and £13.4bn in employee compensation.

In real terms £400m is a proverbial drop in the ocean and so our cultural capital as a society is in real danger of ultimately being lost to those who can afford it, be allowed to contribute to it and therefore own it. Without arts or culture our worldview narrows – because they give us the vital experience of knowing thoughts beyond those in our own heads and famously enable us to ‘walk around in someone else’s shoes’ (To Kill a Mockingbird).

The Arts perpetually remind us of our own beautiful humanity – something worth far more than £400 million.

“The government needs to show compassion”: support the Tees Valley in today’s budget