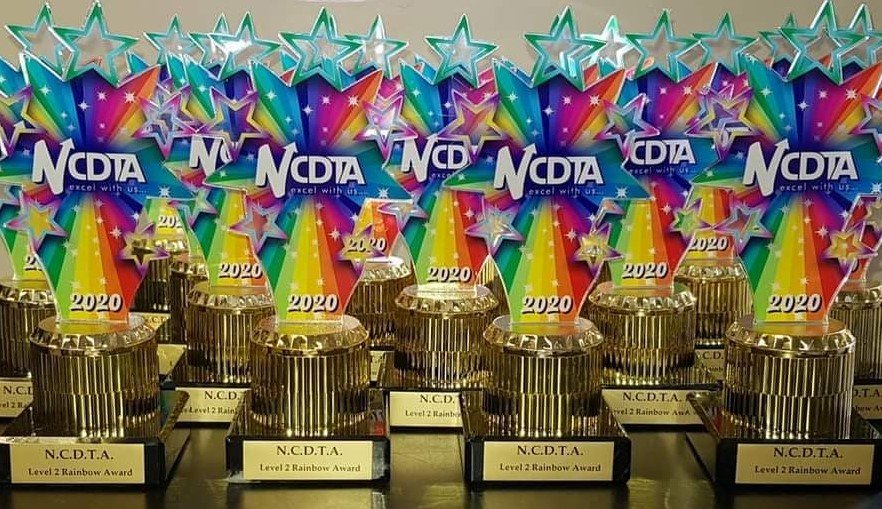 Rainbow Award trophies for dancers: a sign of hope, photo by author, used with permission

I’ve been a dance teacher since the age of 18. I was a student dance teacher since the age of 16. I was 41 at the start of 2020 and at that point I couldn’t have imagined not being in the same room as the people that I teach. 2020 started pretty much like any other year. I was the choreographer for two back-to-back pantomimes in the first two weeks of January while continuing to work my regular jobs at schools, colleges, dance schools and stage schools. The next few weeks following pantomime flew by as usual in a flurry of college shows, dance exams and rehearsals.

So, we very much planned to take a break over February half term – choosing to travel to Italy -touring Florence, Rome and Pisa. It was a much needed and beautiful break.

We had been back from Italy about a week when I received a phone call asking me not to attend a rehearsal because there were older, vulnerable people at the rehearsal and given my recent visit to Italy I was considered a risk. While I agreed on the grounds that I did not want to make anyone uncomfortable, at this point I was confused, I felt fine – better than fine in fact – I had just had an amazing holiday. Suddenly it seemed everywhere I went people were asking me if I was ok, if I had a cough or cold symptoms. People were wary around me. I wanted to talk about my wonderful holiday – but to this day I haven’t really talked about it – as everyone was only concerned with whether or not I had returned with cold like symptoms.

By this point I realised that life was different – and even with my usual laid-back attitude to life … I started to wonder where this was all going. We missed the isolation window by literally a couple of days.

The following few weeks to this day are still a blur … I cannot count how many emails and messages I received with the words “postponed” and “cancelled”. Along with my colleagues in all aspects of performing arts, I started to feel something akin to how the band on the Titanic must have felt, that I just kept going in whatever way I could until I really couldn’t any more.

I would be lying if I said that in my initial panic as a self-employed dance teacher my main concern was for my finances as opposed to my health. I’m ashamed to say that at this point, becoming ill didn’t even factor in my radar – the more worrying aspect was not being able to go to work.

I knew I had to do something to keep going – as much for my sanity as for my finances. The thought of not seeing my students – who I spend so much time with for weeks – made me feel sick to my stomach. Being a dance teacher there’s always a blurry line between work and social activities, between colleagues and friends, and because our students grow with us for years and years they become a huge piece of our hearts.

I could not have predicted that Zoom would become an everyday word – not just an occasional description of the noise a fast car makes – but a lifeline, something for my sanity to cling on to, and a way of continuing to teach when I was unable to physically meet my students. It became such an important app – keeping virtual connections when actual connections were forbidden. It’s become a platform which I have repeatedly grasped at as subsequent repeated lockdowns and tier restrictions have been introduced.

However, we continue to amuse ourselves with things we never thought we would hear ourselves say to our students:

“Mind you don’t knock your grandma over”

“Just move your dog sweetheart in case you kick him”

“Well done for dancing in your garage”

“Move a step to your right, no, no your left….. no no actually step towards your sofa …. yes that’s it”

Throughout the endless blur of restrictions, lockdowns and endlessly changing rules of the last ten months, I cannot believe that anything at all has been achieved but somehow, against all odds, it has. Students have continued to pass dance and drama exams – some of these exams have been in the studio, some have been online – via zoom.

I continue to be in awe of the determination and resilience of my students of all ages and abilities. They’ve literally blown me away with their strength and courage. They’ve proved to me how much they love to dance, without that passion they would not, could not have continued.

My cabaret group managed five outdoor shows throughout summer 2020 and we hope to improve on this during summer 2021.

What I have learned over the last year is that nothing is impossible but I have also learned to never take anything for granted ever again.

I continue to dream of the day I can stand in a studio in front of my students and not worry about social distancing, appropriate ventilation and a virus that has brought my profession to its knees.

However, I do feel that this year has demonstrated how my fellow dance teachers are strong, committed and passionate professionals. We have kept going beyond all odds and if we can get through this ongoing global pandemic we can get through anything. 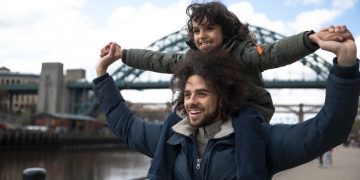