In this North East History series, Audrey Marshall takes a look at the issues of safety and eventual legislation for coal mines in the North East between 1800 and 1850. 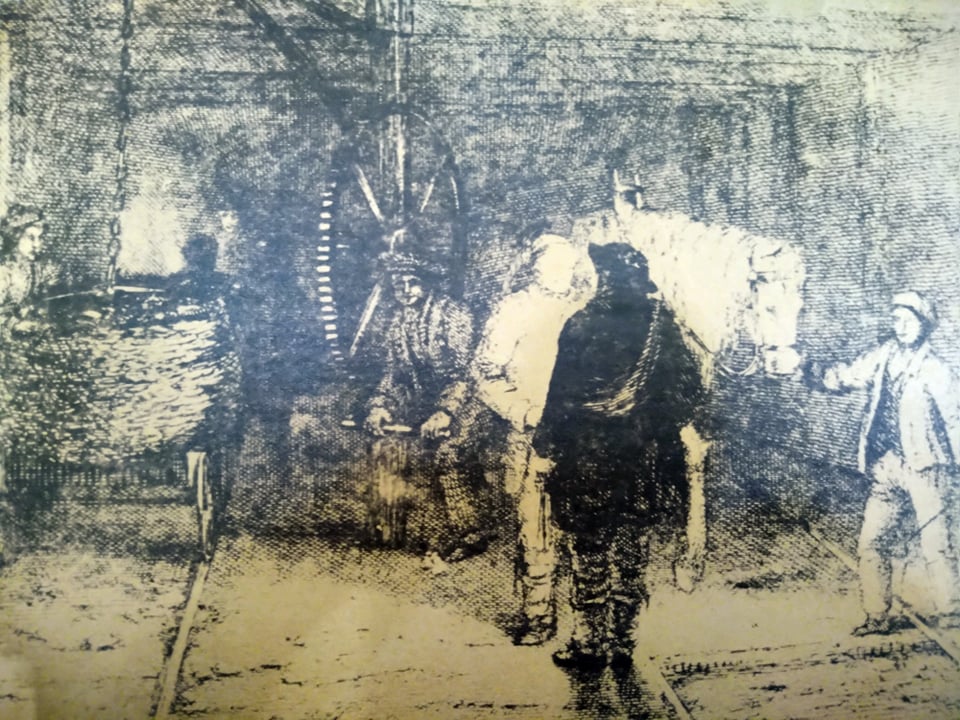 In the first half of the 19th century accidents in coal mines were commonplace, some resulting in serious injuries, others in death. The collieries in Northumberland and Durham were no exception to this. Some of the more common causes of these accidents can be seen by taking just a short look at the working conditions of the miners.

In considering the working conditions which prevailed in the North East coal mines, it is essential to bear in mind that many of the worst abuses including the ‘butty system’, irregular wages and the employment of women and pauper apprentices, was not practised here, due in part to the unusually large size of these collieries, and in part to the otherwise much maligned ‘bond’.

However, even allowing for this, conditions must still be regarded as a definite hazard to safety. For instance, the number of hours per shift worked by the miners at the most exhausting tasks, must in itself be regarded as dangerous. Although the Commissioners of 1842 found that nominally the men and boys worked a twelve hour shift, and that in the better managed pits this was not normally exceeded, most of the lads interviewed had at one time or another worked ‘double shifts’, several three shifts and one boy claimed to have worked for 48 hours at a stretch.

Even if we discount the latter as either exaggeration or as totally unrepresentative, we must face the fact that after 12 hours, a boy of eight, and after 24 or 36 hours, even the hardiest man must be a potential risk to his own safety and that of his workmates.

Unfortunately, even if the working hours had been reasonable, the very nature of the work was still dangerous enough to horrify a modern-day Health and Safety officer. Indeed, even by 19th century standards it was bad.

Each job involved in ‘coal getting’ had its own particular dangers either to those carrying it out or to others.

The trappers in the coal mines

The youngest boys in the mine were employed as ‘trappers’. These children sat alone in a nook beside the trapdoor, holding onto the attached string, by which they opened and closed it for the whole 12 hour shift.

Throughout the time they were either in complete darkness or, if conditions allowed it, and they had one, they could light a candle. The trappers’ work, although not in itself arduous, was lonely and could hold terrors for a child. This is described graphically in Geordie Black a song by Rowland Harrison.

The Report of the South Shields Committee (1843) cites the employment of these youngsters as a frequent cause of major accidents, quoting the following examples:

32 killed…a boy aged nine, a trapper, Richard Cooper left his door open to go and play with another boy at an adjoining door.”

The drivers in the coal mines

After a year or two as a trapper, the boy would usually become a ‘driver’ of the horses which hauled ‘sets’ of tubs along the shafts. Although the men tended to regard this job as easy, it was probably one of the most dangerous tasks in the whole mine and yet:

“The control of these horses, not seldom unruly, not rarely plagued with viciousness…was entrusted to the merest children.”

Hardly a driver examined by the Commission had not suffered a fairly serious accident, either by being kicked, or crushed between tubs and the roof, or most commonly, by being run over after falling from his seat.

Those who survived ‘driving’ later became ‘putters’. Their task was to drag the heavy carts of coal from the hewers, along the low galleries to the higher main passages, or sometimes to the bottom of the shaft.

There were several methods of putting, a common one being the ‘trace and chain’ method, where the putter was actually chained to the cart. A leather girdle was worn around the waist, to which a chain was attached. This chain passed between the legs and was fastened to the cart.

Another method, which was often used by small boys, was to work in pairs, one pushing and the other one pulling. They would share their wages, which were determined by output.

Writine about this type of work, Leifchild, the first Inspector of Mines, wrote that

“The putters, to increase their wages, frequently worked to utter exhaustion.”

They strained themselves getting overthrown tubs back on the rails; they fought their way up inclines, and they had to struggle to prevent the full tubs from breaking loose when taking them down slopes. When drawing their load through low places they were forced to go down on all fours like animals.

Putters were frequently maimed. They rubbed the skin off their backs and shoulders on the low roof, and off their feet on the rough stones on the roads. Little attention was paid to the condition of these roads, and even where main roads had originally been three or four feet high,

“Constant closing of the roof and floor was not regularly made good [and therefore] sharp rises and deep puddles would appear in once level floors and [it was] not until they were almost impassable…that necessary repairs were undertaken.”

The injuries from which they commonly suffered are described poetically in this extract from The Pitmen’s Pay by Thomas Wilson:

After ‘putting’ for some time, the lad might eventually become a hewer, which meant lying for hours in a cramped position hewing away at the coal face. This particular occupation tended to cause an abnormal development of chest and arm muscles, while the rest of the body became stunted. Thus:

“The ‘outward man’ distinguishes a pitman from every other operative. His stature is diminutive, his figure disproportionate and mis-shapen, his legs being much bowed; his chest protruding…”

So whether a man or boy worked as a trapper, driver, putter or hewer, every job performed in the mine then had its own particular elements of danger.