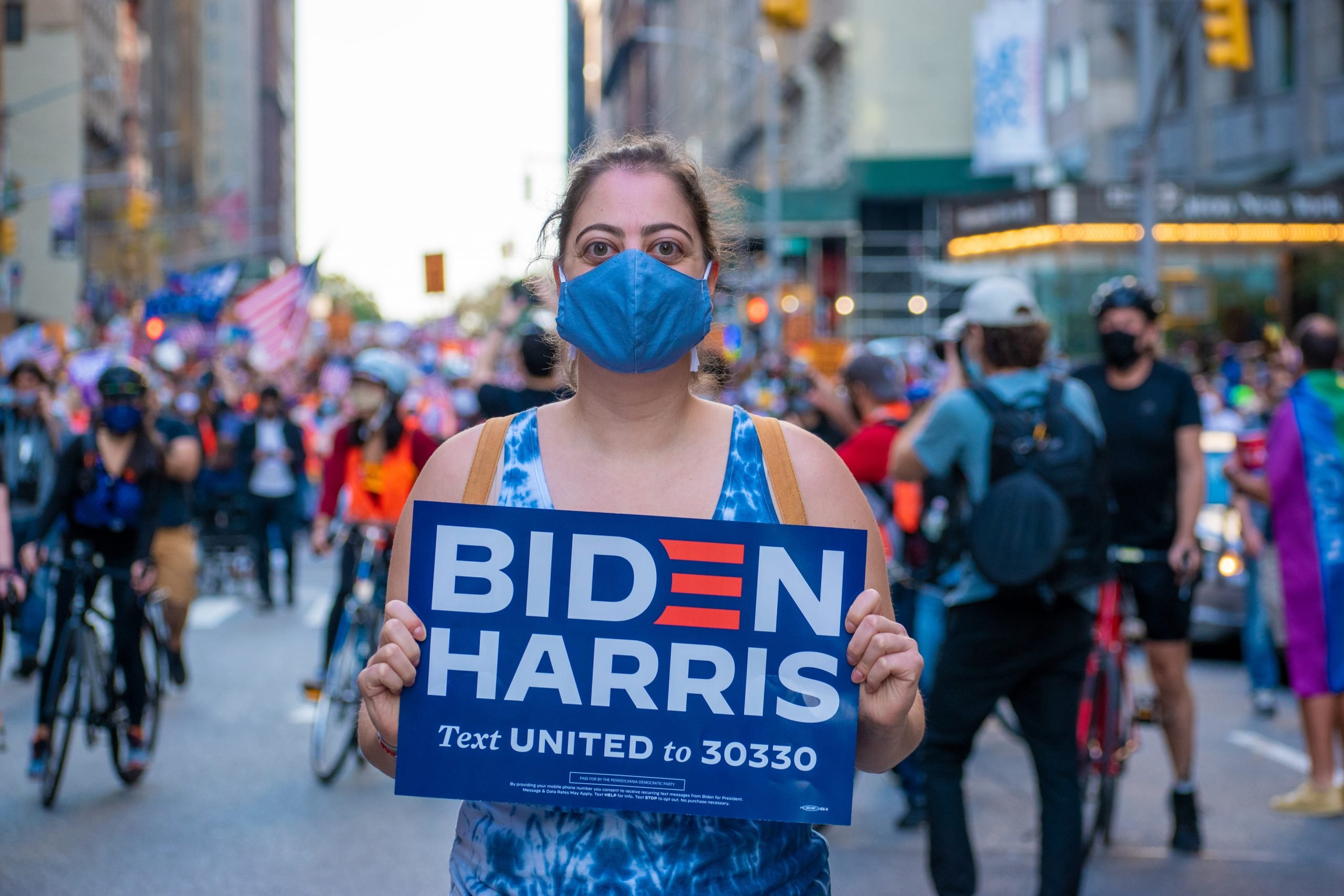 This week a terrible shameful chapter in American history finally ended as Trump and his dysfunctional family and sycophantic entourage left the White House after the most divisive presidency in living memory. We hope and pray they will never return.

Democracy prevailed despite Trump’s multiple attempts to overturn the election results by various means, including incitement to violent insurrection. Many of us had been holding our breath, our hearts in our mouths, fearful that the violence of 6 January would rear its ugly head again and that more lives would be lost to extremism.

But with Washington DC on lockdown and extra security drafted in to prevent a repeat of the storming of the Capitol, America was able to begin the long slow painful path towards some kind of reconciliation and a much needed reckoning with its bloody history that has allowed racial discrimination to seep into every aspect of life. If disgruntled pro-Trump loyalists still existed within the battalions of security personnel charged to defend the Capitol, even they had been identified, with two National Guard soldiers being removed from actual duty the day before inauguration because of suspected links to extreme rightwing groups.

Biden went against the advice of cautious advisers and insisted that the swearing of oaths would take place as per tradition – outside and in front of the iconic Capitol building. The weather was kind and the guests were socially distanced and wearing face masks. “Democracy is precious, democracy is fragile,” opined Biden as Mike Pence, outgoing Republican Vice President looked on. One can only guess at the thoughts racing through Pence’s head about what might have been if Trump had won a second term – they would have finished building the wall on the border with Mexico, that’s for sure, and continued to prop up the fossil fuel industry owned by their wealthy donors. Meanwhile, millions more Americans would die of Covid-19 related conditions through lack of pro-active infection control, not to mention the grinding poverty experienced by all those who have lost their livelihoods in a country with insufficient welfare. And on the international scene Trump’s obnoxious brand of unilateralism would have continued to dent the reputation of Americans abroad, particularly with regard to climate action and the development agenda, causing diplomatic damage and untold misery.

Regardless of what one thinks of Pence at least he had the grace to turn up and witness the turning of this page in American history. Trump meanwhile was noticeable only by his absence having left for his golf resort in Florida earlier that day. We must pity the sport which has belatedly been trying to repair the damage by association.

America is a great sporting nation, and it was in the ‘Virtual Parade Across America’ broadcast to the world, where one could begin to get a sense of grassroots joy and relief at the unfolding events. The parade, showcasing America’s diversity and heroes, included 1,391 people (excluding the military escort), 90 horses and nine dogs. Amateur sports and arts clubs sent congratulatory good luck messages from every state to the incoming administration whilst demonstrating their prowess. I saw ice hockey players from New Hampshire whizzing up to do face to camera messages mid-practice, whilst the High Country Cloggers in Boone, North Carolina, danced in the cold mountain air atop a lookout in the Appalachians. The Chinese American community of Delaware (Biden’s home state) performed a traditional lion dance and a young black skater by the name of Kaitlyn Saunders gave a virtuoso solo performance on Black Lives Matter Plaza just a short distance from the White House, accompanied by the soul singer Andra Day singing ‘Rise Up’ in front of a #BLM mural on Hollywood Boulevard in LA.

Other stars of stage and screen played key roles at the inauguration ceremony itself with Lady Gaga singing The Star-Spangled Banner, a class act that Trump could never hope to attract, and Jennifer López giving a patriotic medley with a Latino twist, reminding us of the diverse melting pot which is America.

The black hero cop, Eugene Goodman, who had been on the frontline dealing with the largely white mob who stormed the Capitol on January 6th was given promotion and prominence, escorting Kamala Harris. Biden alluded to the deadly attack in his speech, referring to the dangers posed by white supremacists and to the media that amplifies their hateful rhetoric. Meanwhile, Trump was busy pardoning Steve Bannon who, as a former executive director of Breitbart News, was one of the people most responsible for stoking divisions in the USA and elsewhere, including in the UK, where he famously gave advice to Boris Johnson.

This inauguration was much smaller in scale than previous ceremonies in order to be Covid-secure. TV cameras shifted focus from the small group of VIPs and invited guests, all of whom had submitted to Covid-19 tests prior to the ceremony, to the 200 American flags waving in the National Mall signifying the 200 thousand US deaths from the virus so far. The day before Biden and Harris had led a national Covid Memorial ceremony, something which will no doubt become a regular and sombre feature for the country with the world’s worst death toll from the virus. Amongst Biden’s first executive orders signed shortly after his inauguration were mandatory wearing of facemasks, financial support measures for those affected by the pandemic, and a return to full and active membership of the World Health Organisation, reversing Trump’s petulant and damaging denunciation of international co-operation. Biden acknowledged in his first speech as President the multiple challenges facing him and his fellow Americans, with health as a priority issue, both human and planetary. Mother Earth is surely also breathing a sigh of relief that Trump has been trounced with Biden now renewing the USA’s pledge to the Paris Climate Agreement.

Biden might be the 46th President of the United States but it’s the women and girls of America who are taking a lead in so many ways, from Kamala Harris as the first black woman and Asian American to hold the office of Vice President to Jill Biden’s commitment to continue her work as a teacher and working mum whilst also officiating as First Lady, this administration looks and feels like never before. At Wednesday’s Senate confirmation Avril Haines became the first woman to lead the National Intelligence agency with Biden’s cabinet set to feature a record number of women and women of colour. His pick for Minister of the Interior is Deb Haaland, who, if confirmed, would be the first Native American to oversee an agency that played a major role historically in the forced relocation and oppression of Indigenous people. Meanwhile Rachel Levine will be the first openly transgender woman to serve under the President as Assistant Health Secretary.

However, the woman that everyone is talking about on all the social media channels is 22 year old  Amanda Gorman, the Youth Poet Laureate who is the youngest-known inaugural poet, and a possible future contender for President, by her own admission. Her performance of “The Hill We Climb” demonstrated precisely why a civilised society needs to nurture art and creativity. It encapsulated not only the pain and disconnect that strikes at the heart of our troubled world but also the embodiment of a renewed youthful hopefulness that is the antidote to Trumpism. In an earlier interview Gorman said, “Poetry is a weapon, an instrument of social change.” As a proud poet and politician myself I can’t agree more.

“Yes Minister” – and Covid transfers to the North East