Did Biden make an unwise choice in withdrawing from Afghanistan? Could he have done things differently? Read analysis by Gareth Kearns. 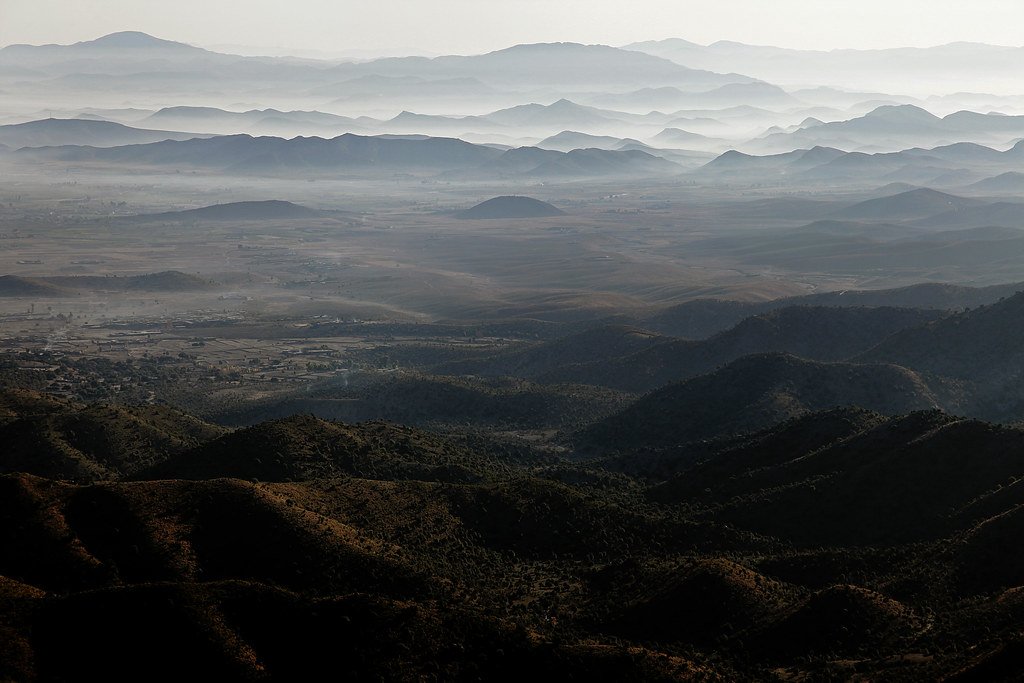 "UH-60 Blackhawk Fly overs Afghanistan" by DVIDSHUB is licensed under CC BY 2.0

President Biden came off vacation to talk to the American people about the collapse of the Afghan government before the Taliban. You can read the full transcript here.

Read it so you know what we’re talking about, but don’t read it for an insight into our situation today. It is, as our American chums might put it, “total BS”.

In case you are unclear, there’s one key fact you need to be aware of before we begin – both the UK and US massively reduced their forces on the ground years ago. At its height, the UK deployment to the coalition hit around 9,500. Since 2014 it’s been around 500. US deployment has also reduced significantly. Since then we have been in a support role, training the Afghan army and supporting from the air for the most part. And since 2014 not one British soldier has been killed by hostile action in Afghanistan (although one solider did, in 2015, succumb in to injuries suffered in 2012 in Afghanistan).

Get that: not one. Did you know that?

Not one US service man or woman has been killed as the result of hostile action in Afghanistan since 2017. Not one. Was that your impression?

I don’t, for a second, suggest it’s been all fluffy since 2017. It hasn’t. It’s been a war. The total death toll for the Afghans themselves over the 20 years is around 70k for their security forces, and 50 for their civilians, so, around 120k over the 20 years (and you could add another 50k of Taliban fighters.)

Total coalition deaths, from all of the more than 30 nations that contributed to the coalition and not just the US and UK, and not restricted to only the deaths from hostile action but all fatalities from accidents and illness etc whilst on deployment in Afghanistan, is 3,502. That’s about 3% of the number of Afghan deaths. And, some might say, it’s their country, the Afghanis should bear the brunt. But that’s exactly my point – they have borne the brunt.

But you wouldn’t think it, would you, from reading and watching the news?

Only possible with our support

They have most emphatically borne the brunt in these last four years, on the ground, with our air support and training. Very successfully. It is important to understand that that was the model we trained them in – you guys in the field, and we’ll back you up with air power. And remember, that would often mean drones. For the last five years or so, even when we gave backup, we would usually not be risking one of our guys. And fine – it’s the Afghani’s country, they should be at the front line, fighting for their own liberty.  Which they were, but it was only possible with our support. They were trained to rely upon that support.

And even though our support had already significantly diminished in term of numbers and scope, it could well have diminished further. A controlled withdrawal of responsibility and commitment could have continued. We could have withdrawn more personnel, relied upon drones more, but kept watching the Afghan forces’ backs.

And why would we do this?

Is it because we’re splendid chaps? Paragons of altruism?

No. We did this because Afghanistan, after more than a century of troubles, became a nest for terrorists, allowed them to graduate beyond strapping a bomb onto an eight year old and saying “go talk to that nice man over there by the check point” to instead hijacking passenger jets and flying them into buildings. We went to that land to protect ourselves. And all the subsequent advantages to the Afghan people, such as not having someone take their time beheading you with rusty knife after you objected to their kidnapping and raping your pre-teen daughter, were all just serendipitous icing on the cake. We weren’t actually there for those things, although, of course, very glad to facilitate them.

But the reason we were there, our object, our motivation, was to protect ourselves.

The mission was successful. Afghanistan wasn’t Iraq – the reason we were there was rational, it was even moral, and we achieved our goal. It was a success the likes of which we might reasonably be proud. It seems to have been tainted by Iraq, however, which was a matter of piracy and slaughter, and then a further victim as people who would struggle to locate Belgium on a map confused it all into a morass of overseas involvement serving no purpose other than to massage the egos of politicians and advance the interests of business (which is precisely what Iraq was, the authority for which was borrowed from the need to respond to Al Queda in Afghanistan, and thus the taint for those who don’t look too closely or think too hard).

Cue Donald Trump mobilising the ignorance of more than just one nation, in an unholy alliance with press interests who really just want to sell things but need you to watch or read them to attract that advertising revenue. Add their creation of a narrative that suggests our troops are dying in droves to protect a people whose refusal to shift for themselves implies an at least tacit complicity with the enemy anyway, so let’s get out an leave the brown folk to eat each other.  Bring our boys and girls back home, jobsagudden!

And if you’re thinking “but Biden’s one of the good guys, and he isn’t the barely functioning idiot the last guy so clearly is, he wouldn’t let that happen”, then let me explain what you are not taking into account: The US electoral cycle.

The US electoral cycle

The mid-terms are next year. Biden won the presidency, but he didn’t win resoundingly. The Trumpers were emboldened to treasonous insurrection precisely because they nipped so closely at the heels of Biden. To explain to my fellow Brits, US mid-terms are in some ways rather like the British local elections and by elections, in that they do not tend to favour the incumbent in government. They’re often used as a protest, and those whose party is out of power are more motivated to get off their bums and go out to vote whilst those supporting the guys currently in the White House or Number 10 might be a little complacent.

Biden feared he could get a bloody nose in next year’s mid-terms.

Biden claims he was compelled to the withdrawal because of the deal Trump brokered. This is self-evidently nonsense. No president is bound by a previous president, that would make a nonsense of the office. That’s one cowardly lie right there. He is running scared of what electoral mischief the republicans would make of continued involvement in Afghanistan.

He could have challenged the picture they present – but he chose to run with the abiding perception, a perception which seems to be something along the lines of the US and UK just sending our youth to be slaughtered, rather like how we understand Vietnam or even World War I.  Get the hell outta there, even though there will be problems, because those problems will happen over there to brown people. That’s the, I think not unreasonable, precis of the Trump position as often also pushed by the likes of Fox News.

However, as I hope I’ve made clear to you, that isn’t the reality, that wasn’t the maths. Our people weren’t dying. People were dying, but they weren’t our people. If you want to be partisan, if you want to pretend that you’re just looking out for our people, then that’s what matters. It was the Afghanis doing the dying, it had been for years. And, after all, it’s their country. All we were doing was watching their backs, giving them a fighting chance, and they, for their part, were winning. As a result of their bravery and our support, a country had been reborn. It wasn’t perfect. But it worked.

Did Biden make an unwise choice?

The sexiness of whipping up the ignorant into a lather of imagined aggrievement, however, is the defining feature of our politics. It is in the US, it is in the UK, it has been for at least ten years. That’s how Trump got into power, that’s how Farage leveraged Brexit. We might see Biden as part of the antidote, and I think he wants to be and could be, and it might be that he feels he has to pick his fights, but he chose to not fight it this time. He bowed before it. He may have chosen unwisely.

You might say that he was simply accepting “real politik”. In a way, yes. But very short term real politik, because we now have an Afghanistan set to provide a home for all the rag tag remnants of Al Qaeda, Isis and whatever other extremist might like a home, on the border with Pakistan, a nuclear capable country.

Why Rebel by Jay Griffiths: review

Why Rebel by Jay Griffiths: review