Do as I say, not as I do: court’s latest ruling another nail in the Tory government’s coffin 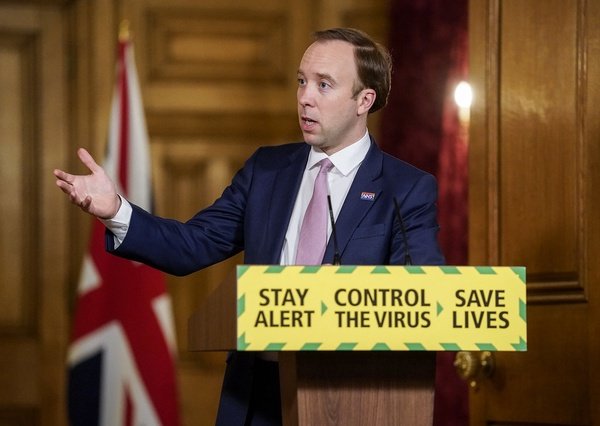 The High Court’s ruling of Matt Hancock’s unlawful distribution of PPE contracts comes as no surprise: the latest in a string of Tory government hypocrisy since the outbreak of the pandemic, a little over a year ago.

Despite hurried distribution and the emergence of a ‘priority lane’, the government widely dispelled claims of a ‘chumocracy’ and ‘cronyism’. The process led to number of companies securing multi-million pound deals, despite having no history of PPE distribution.

The court case was instigated by campaign group The Good Law Project, who had been collecting information on the government’s PPE distribution over the pandemic. They were convinced such activities were neither lawful nor moral.

The timing of such a ruling could not be more ironic, as it came just days before the Prime Minister’s announcement of a lockdown roadmap. The gradual relaxation of restrictions and a return to normality is accompanied by an urge of caution.

We are not out of the woods yet, warn the government. Whilst this is undoubtedly true, the public has a right to be frustrated.

Time and time again, we have seen examples of the wealthy and powerful face little to no consequences for committing immoral, or unlawful offences.

In the early days of lockdown, former government advisor Dominic Cummings was the subject of a national outcry. It was revealed the former aide had taken a 250-mile lockdown trip to Durham. This was evidently in breach of lockdown rules and also within his personal isolation period, having been in contact with a family member who had fallen ill.

Another Tory MP, Andrew Ellwood, also broke social distancing guidelines when speaking at a London dinner event over the Christmas period. Ellwood made the argument that his attendance was “fully COVID compliant” and “well-intentioned”, despite criticism from Home Secretary Priti Patel.

Another prominent government advisor, Professor Neil Ferguson, also came under intense scrutiny for his lockdown activities. It emerged a woman had been visiting Ferguson’s home during lockdown, despite him being a key figure in the government’s initial decision to impose national restrictions.

Despite these individuals facing little to no consequences for their blatant disregard for the rules, some airline passengers have been fined up to £10,000 for lying about their visits to ‘red list’ countries. Those who fly from high risk areas must pay £1,750 to stay in a quarantine hotel for 10 days.

Whilst the fines are deliberately high to act as a deterrent, the government continues to stand by a policy of “do as I say, not as I do”.

How can our government expect total compliance, when they cannot even control the actions of their members? Our nation has been through an extremely difficult year, and national unity is needed more than ever before.

Matt Hancock and his MP companions should first look at their own actions, before judging those of the population. They must set an example to their electorate, or they cannot reasonably expect their citizens to follow the rule of law.

Nobody is above the law, except perhaps those who make them.