“Don’t risk it for a few fish”: demo at Nissan as crunch Brexit talks continue

On top of the Coronavirus pandemic the double whammy of Brexit will plunge many into poverty and despair. No deal will be disastrous, and a bare-bones deal won't be much better. 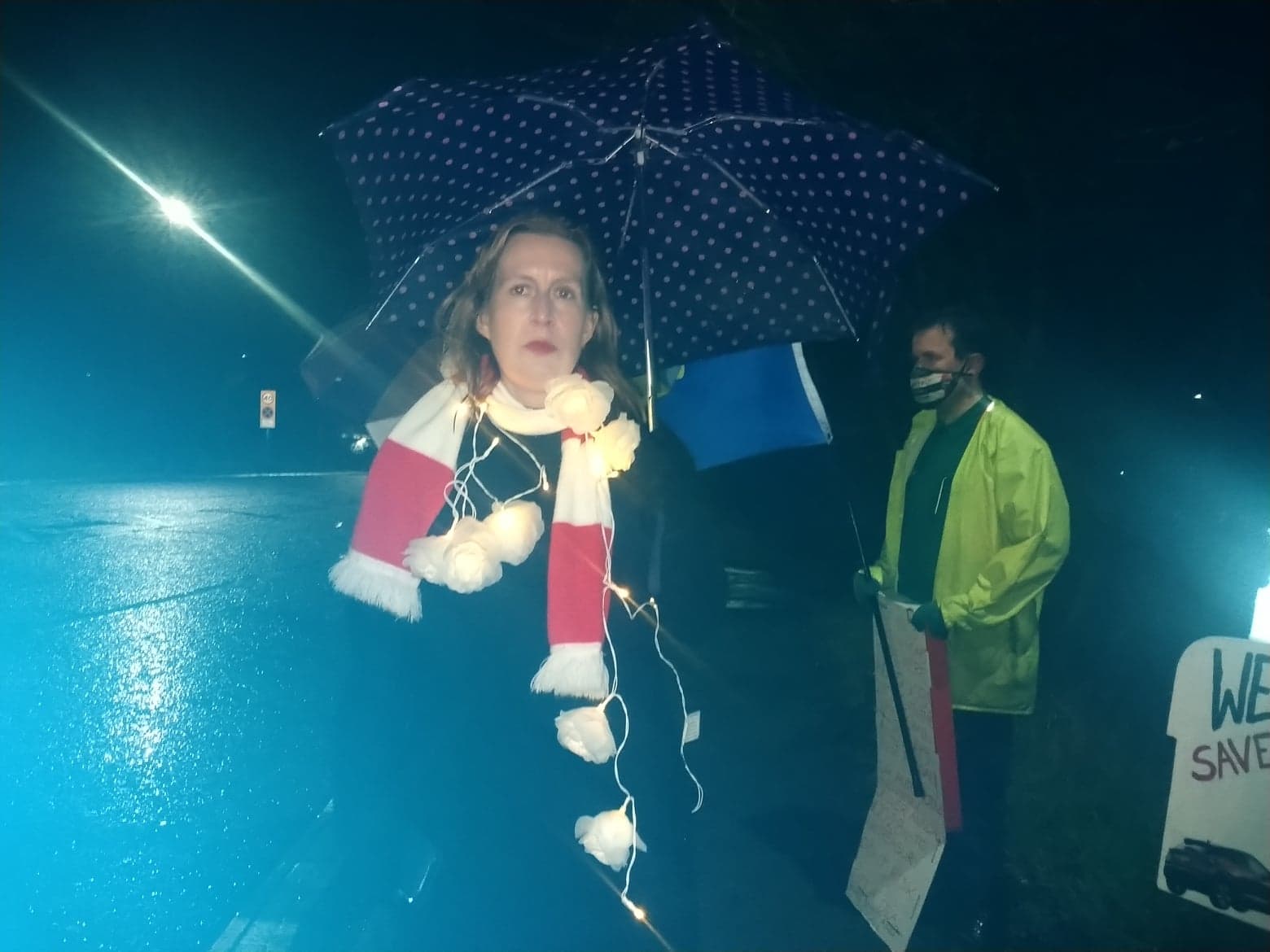 A wet and wild evening on Wearside saw a group of concerned residents outside of the Nissan plant in Sunderland. As Martin Clayton, from County Durham explained this was not a protest against Nissan; in fact people in the North East welcome what Nissan brings to the region and to the whole country.

On the week where crunch time Brexit negotiations are taking place, a number of residents from across the North East met to highlight the impact a bad deal or a No Deal Brexit will have on the region.  The protestors complied with all social distancing rules and the event was agreed and managed with the police.

Nissan’s Chief Operating Officer, Ashwani Gupta, recently stated that they need a Brexit deal with a sustainable business case for their UK commerce to be viable. Mr Gupta stated that the EU was Sunderland factory’s biggest customer and warned that Nissan’s commitment could not be maintained if there was not tariff-free EU access. Nissan also cautioned that any delay in overseas supplies of parts because of new customs checks could slow production.

The North East stands to be badly affected economically even if a trade deal is agreed and will be the worst affected by a No Deal Brexit.

Britain’s hopes of securing an early trade deal with the US were dashed on Wednesday by a warning from Joe Biden, the president-elect, that America will not sign a trade deal with anyone until the US has sorted out its competitiveness.

Spokesperson Julie Ward said: “Nissan has been a key element in the region’s economy since 1984 with approx 6,000 direct employees and many more employed in the vast supply chain. Nissan bosses knew the value of being in the EU in 2011 when the plant received a £189 million boost from the European Investment Bank for electric vehicle production contributing to early innovation to cut carbon emissions.

“At the time, Trevor Mann, Nissan Europe’s senior vice president for manufacturing, said: ‘The Nissan Leaf has already made history as the world’s first affordable, mass-market, pure-electric vehicle and we are all very excited about battery and Leaf production beginning at Sunderland for our European market. We are extremely grateful for this support from the European Investment Bank, who share our vision and commitment for the roll-out of zero-emission transport.’

“The super-efficient ‘just-in-time’ production method is facilitated by the UK’s beneficial membership of the Single Market with freedom of movement for goods bringing the all-important component parts from different parts of the EU as part of the company’s wider investment in a Europe-wide operation.”

“The government’s dangerous game-playing in the current negotiations puts 100s of thousands of livelihoods at risk. It’s not just the workers at Nissan who will suffer if Nissan choose to pull out of Sunderland or scale down their operation in the UK. In my village 25 miles from the plant several generations of the same family work at the plant or in the supply chain. Whole families and communities will feel the impact. “

“On top of the Coronavirus pandemic the double whammy of Brexit will plunge many into poverty and despair. No deal will be disastrous, and a bare-bones deal won’t be much better. The government need to take a different approach and put lives and livelihoods first in these unprecedented times.”