On Sunday morning a crew from Tyne and Wear Fire and Rescue Service were deployed to an animal rescue with a difference. 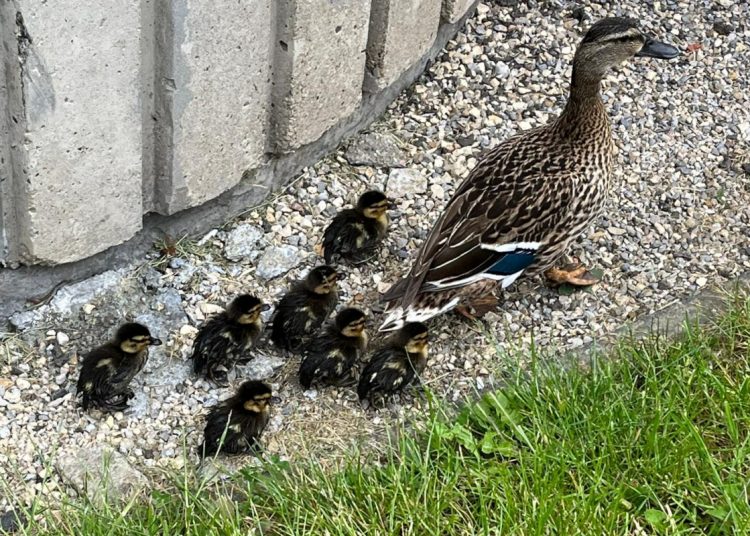 A call from a student

A student from Newcastle University raised the alarm just after 10:00am that seven ducklings were trapped down a storm drain. The firefighters from Newcastle Central Community Fire Station were then sent to Castle Leazes Student Accommodation.

The crew from Blue Watch dashed over to the Spital Tongues based accommodation in Newcastle. They were greeted by a very worried Mammy duck and a crowd of concerned onlookers.

The firefighters were told upon arrival about the ducklings’ plight. A few of the students had heard anxious quacks from the agitated parent but couldn’t work out what the cries were about.

After further investigations, the compassionate students noticed that the mother duck was circling the drain whilst flapping her wings. This was when they saw the trapped ducklings through the grate.

“It was as if the mother duck knew that we were there to help rescue her trapped offspring,” said TWFRS Watch Manager, Lee Denny.

The firefighters swooped in and successfully rescued the ducks in a matter of minutes.

“We scraped away the excess muck from around the sides of the drain and used a crowbar to loosen the grate. Once the cover was removed, each of the ducklings were rescued and returned back to their relieved mam.”

“We were delighted and over the moon that the story had a happy ending and credit goes out to the Newcastle University students who initially raised the alarm.

“It’s not every day that you get to save the lives of seven little ducklings on a Sunday morning.”

The mother duck and her seven very lucky ducklings waddled away and enjoyed the rest of their day in the Toon.

The crew left the scene of the animal rescue at approximately 10:30.

For further information about the work of Tyne and Wear Fire and Rescue Service please visit www.twfire.gov.uk