Elton John is livid. The UK government is taking no responsibility for the Brexit problems of our UK musicians and performers touring in Europe. 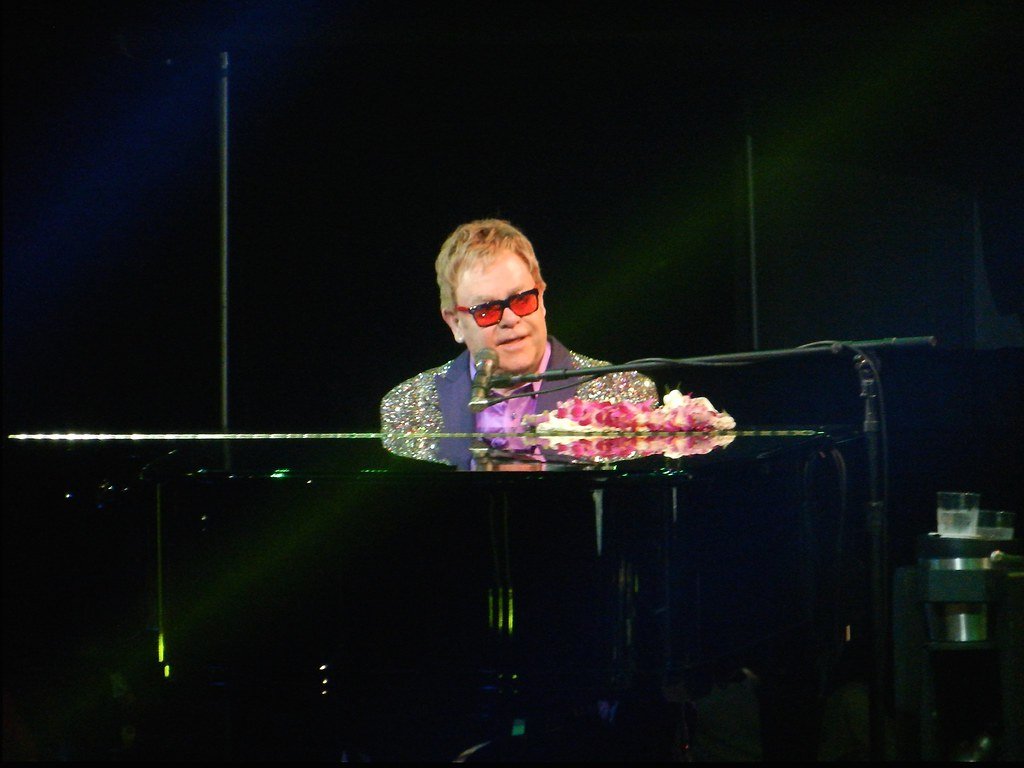 Elton John is livid, Thom Yorke is distressed, Jehenny Beth is scared, even Leave-voting Who frontman Roger Daltrey is outraged that Brexit means more time-consuming paperwork and related costs for touring bands hoping to perform to fans across the continent.

In fact anyone who is anyone in the music biz is in despair about the government’s woeful neglect of their industry which not only generates billions of pounds in revenue for the exchequer but also keeps millions of people in work from conductors and opera divas to folk outfits and jazz quartets, from Indie rockers and boy bands to virtuoso musicians and rappers. Neither should we forget the techies, sound engineers, truck drivers, catering staff, marketing executives, dancers, T shirt designers and all the others who help grease the wheels of the labour-intensive music touring industry.

Sir Elton’s latest outburst followed a meeting with Lord David Frost who, having bodged negotiations with the EU on our future relationship with the bloc, even rejecting the EU’s generous offer of 90 days visa-free travel for musicians, suggested naively that life for musicians was pretty cool prior to our membership of the EU. Implying that young musicians might simply need a grand piano and a pair of outsize diamanté spectacles in order to make a living in post Brexit Britain is frankly offensive and Sir Elton’s response was rich with expletives.

Like many I wonder what planet Lord David Frost is on? Frost and his ilk live in an alternative universe bereft of the richness of 21st century cultural diversity where creative innovation will be a thing of the past due to a narrow curriculum and the wholesale trashing of our creative industries.

Like his predecessor David Davis, Frost has fundamentally failed to do his homework. Understanding that ‘the EU is a rules-based club’ should be written out 100 times by all Conservative Party members who now follow the cult of BoJo, preferring to listen to Daily Mail tittle-tattle in the playground rather than engage in facts delivered by experts. Not reading the detail of an international treaty that you signed up to demonstrates laziness, incompetence, arrogance and abdication of responsibility. I hold both Boris Johnson and his lackey, Frost, responsible for maladministration as well as for limiting the life chances of future generations, dumbing down our cultural offer and consigning the UK to the list of failed states.

Frost was called to give an account of his ineptitude at a recent DCMS Committee where he revealed that post-Brexit arrangements for touring musicians had simply been an item of ‘Any Other Business’ in crucial negotiations with the EU. Frost (who had not turned up to previous committee meetings) refused to take responsibility for not dealing with the specific crisis facing the industry as a result of a hard Tory Brexit.

He repeatedly trotted out the tired old mantras of sovereignty and control of our borders, using the outcome of the 2019 election to justify inflicting economic harm on the country’s creative and cultural industries. (Presumably this is a stock response when answering questions from farmers, fishermen, food manufacturers, hauliers and others who find, to their cost, that the Brexit that was promised is not the Brexit that has been delivered.)

A lack of responsibility from Mr Fix-it

Responding to a barrage of hard-hitting questions from well-informed MPs from all parties Frost repeatedly said that DCMS was responsible for sorting out the mess caused to the music industry by loss of Freedom of Movement. However, Boris Johnson had previously publicly named Frost as the fix-it man.

It was left to Conservative MP and Culture Minister Caroline Dineage to try and pick up the pieces in the Committee saying she was doing all she could to rescue the situation by talking one-to-one with diplomats and her ministerial counterparts. For those unfamiliar with the way the EU works you only need to turn up to a few meetings where all Member States are in the room in order to come to agreement about matters of common concern. For the record that is what I did for five and a half years, championing our British creative and cultural industries in a room with fellow MEPs from 27 other countries.

Dineage and Frost kept bleating that progress was being made, with 17 out of 27 EU Member States having fairly liberal visa arrangements for touring musicians. However, neither could say how pan-European cross-border tours might work from country to country with the issue of cabotage and carnets still presenting logistical and economic barriers in addition to elusive visa-free waivers across the entire bloc, and indeed into non EU countries like Norway who are signed up to the Schengen Agreement.

So why is it that no-one in government wants to take responsibility for sorting out the problems of a less than ambitious Trade and Co-operation Agreement, despite being in receipt of huge salaries, peerages and teams of parliamentary researchers? Even Julian Knight MP, the Tory Chair of the Committee proceedings, appeared exasperated by Frost’s failure to grasp the enormity of the problem or recognise the ill-will that was now prevalent across the industry, accusing the unelected Minister of wasting valuable time. Indeed, the industry’s assessment of Frost’s performance is highly critical accusing the government of abdicating their responsibility.

Johnson, the flip-flopper and what can you do?

The truth is that neither our liar Prime Minister nor most of those around him were interested in Brexit per se. Johnson was a well-known flip-flopper, coming out publicly both for and against continued membership of the EU. The Tories’ ruthless agenda is power at any cost and by any means, manipulating the truth, the rules and a discontented public. Yet in the 2019 general election most voters chose pro-EU parties and Lord Frost would do well to remember that when he is called to account for his failures by various scrutiny committees.

The Tories also seem to have missed reading the data on demographics. Young people were overwhelmingly in favour of remaining in the EU. They are also the generation whose love of music knows no borders and my hope is that in the not too distant future they will rise up en masse wearing T shirts and trainers, brandishing guitars and microphones, hitting the government where it hurts most – in the ballot box.