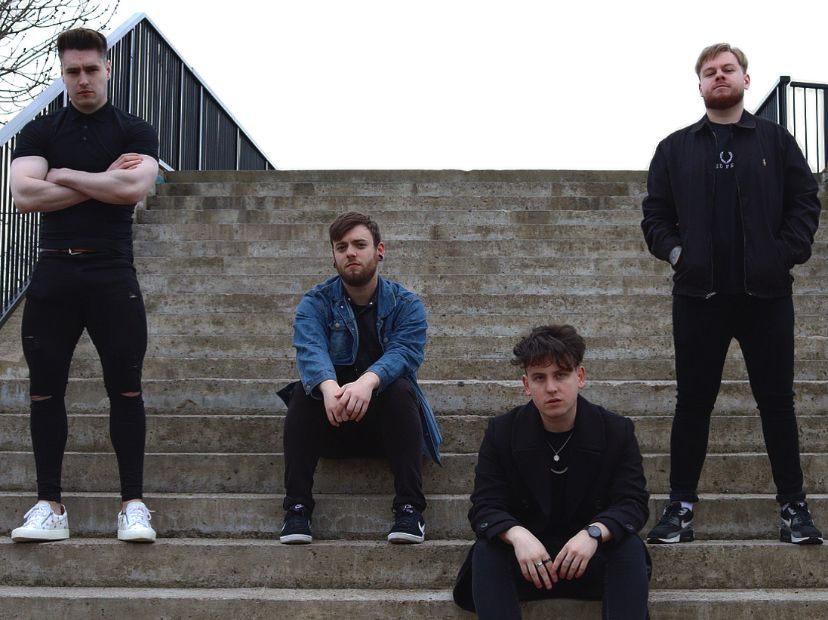 Energetic South Shields alt. rockers Envy Motel return with all guns blazing on their new single, Trendsetter, due for release on 20thNovember. Trendsetter rockets along straight out of the gate: singer Stephen Armstrong’s vocals are full of vitriol, reminiscent of Arctic Monkeys’ frantic delivery, imploring his antagonist to change their narcissistic ways. Fast and furious guitar lines courtesy of James Dunn compete for attention with chromatic chords and beautifully discordant licks; while Luke Pattison’s scattergun drums underpin a clashing cacophony of cymbals, and stabbing Callum Cabello’s bassy riffs make for a release which is full of frustration and invective.

“Trendsetter is about how the media and modern-day trends affects narcissistic tendencies and allows a narcissistic person to believe they are perfect without any flaws. The song is written from a male perspective, expressing their experience with a significant other, and delves into how the narcissist cares a lot more about what other people think, and being accepted, rather than treating anyone who actually cares with respect and decency.”

The band was started by vocalist, Stephen and guitarist, James who have known each other throughout their whole lives. They advertised on the internet for a drummer and found Luke in 2018. After this, Luke brought in bassist, Callum, who he had previously met in college some years earlier. They began writing and rehearsing as a four-piece in December 2018 and started releasing music and gigging in 2019.

Appealing to fans of artists such as Arctic Monkeys, Royal Blood and Foo Fighters, Envy Motel have received high acclaim for their previous EP release, as well as airplay for recent singles Tied Down and Head In The Clouds from BBC Introducing, Spark FM and Hoxton Radio.

Envy Motel was not to put off by lockdown:

“Luckily for us, we just managed to get out of the studio before lockdown happened. This meant we could all plot and organise everything we needed to whilst gigging was deemed impossible. We have always been creative outside of the practice room and have been throwing ideas back and forth constantly during the pandemic over videos on messenger. We have a lot more practice time to put to good use and music in the works for the foreseeable future.“

Another single, Dilemma, is due for release later this year, and the band are raring to go after months of inactivity. With live shows in the pipeline and a vibrant, invigorating sound, Envy Motel are determined to make their mark.

You can find Envy Motel on