But who is really looking out for the hungry in the UK? 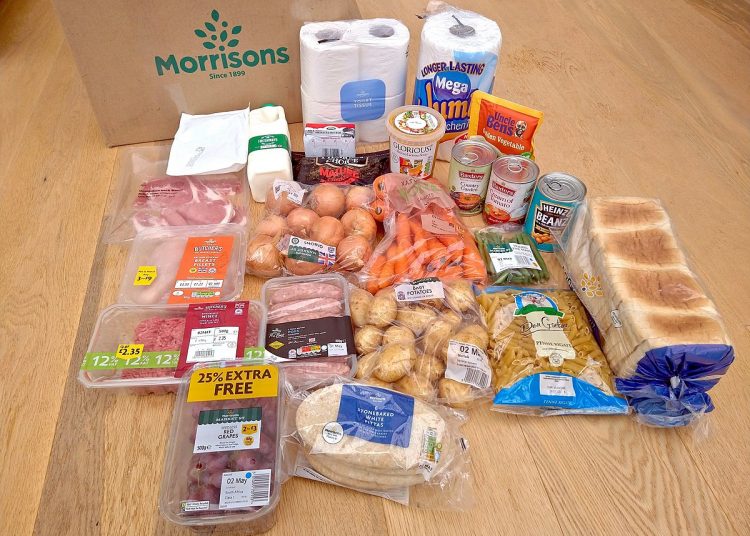 We all remember the scene in the Christmas classic movie, Oliver, where the little boy nervously goes up and asks for more food. Those Victorian images of poverty and hunger in the east end of London are being played out in tens of thousands of homes across the UK this year except in many cases there is no food. An analysis by the Trussell Trust which has a network of 1,200 food banks across the UK estimates that every ten seconds it will be handing out a food parcel this winter

In a research report conducted by Heriot-Watt University for the Trussell Trust the predicted initial incidence of job loss and resulting destitution was reported. The predicted numbers facing job loss and loss of employment income would result in 317,000 households containing 721,000 people facing destitution. This means this many people may not afford items such as shelter, food, heating, lighting and other essentials.

There is no glamour or glory associated with these statistics, is there? According to Global Finance the UK ranks 30 (total = 191) in the richest countries in the world 2020.

But who is really looking out for the hungry in the UK?  It seems to be down to all of us and businesses around the UK and an army of volunteers who so generously give their time  energy and often money to volunteer in a charity food bank.

According to the Guardian (14 October 2020) even before increase in child poverty related to COVID19 “Child poverty has shot up in towns and cities across the north and Midlands of England, fuelled by stagnating family incomes and the spiralling cost of housing” according to analysis by the End Child Poverty campaign group.

“Although deprived inner-London boroughs such as Newham and Tower Hamlets continue to have the highest levels of child poverty in the UK, the most striking increases have been in Middlesbrough, Newcastle-upon-Tyne, and parts of Birmingham.”

“The North East saw the most dramatic rise in child poverty, up nine percentage points between 2014-15 and 2018-19, taking it from the English region with the joint second-lowest rate to the second highest, behind London.”

The End Child Poverty campaign, which commissioned the analysis, said although the figures predated Covid-19, they showed alarming rates of child poverty even before the pandemic led to large numbers of people losing their jobs.

Recently, the Independent published an interview with Andrew Reid, Head of Education at the South Bank University. There is rising child food poverty is in every corner of the UK. Fresh estimates prepared by Andrew Read project that the number will increase by 100,000 to 500,000. “Read said this ‘huge figure’ will increase to 500,000 because the pandemic is adding ‘layers of insecurity’ onto families. The rise in hungry children could have a catastrophic impact on education, with academic improvements set back by a generation as children struggle to learn without having had enough food.”

The same article in the Independent also cited a report by the Food Foundation and Kings College London which estimated that three million people went hungry during the first lock down. More shocking statistics indicate that adults who are food insecure increased fourfold during the pandemic from 3.8% to 16.2%.

There is a very clear moral and civic duty on all of us to do whatever we can to help one other  and that can be giving time to help in a food bank  sorting, collecting  or in distribution, giving money if it’s feasible or encouraging your employer to make a financial donation and of course government must play a huge part as well

Items that food banks need now as we come up to Christmas are listed here.

It is encouraging that so many large food manufacturers and supermarkets help out and make sizeable and regular donation to local food charities but so much more is needed. We are in national crisis of food poverty but instead of this making the headlines the squabbles and backbiting of the departure of two men from 10 Downing Street and the politics of  coronavirus dominate the news agenda.

I’ve never heard of our Eton educated Prime Minister ever getting his hands dirty and volunteering in a food bank, perhaps with Marcus Rushford and his Mum, particularly in the absence of cameras flashing. A silent contribution is to be admired and welcomed but one for the cameras is never. He is the master of Spin and of a good photo opportunity but genuine empathy with real people will never be there

Do reflect on your priorities Mr Johnson and feeding the nation should be number one should it not?