Despite intervention from Northumbria Police, the meeting planned by Extinction Rebellion North East will go ahead this evening 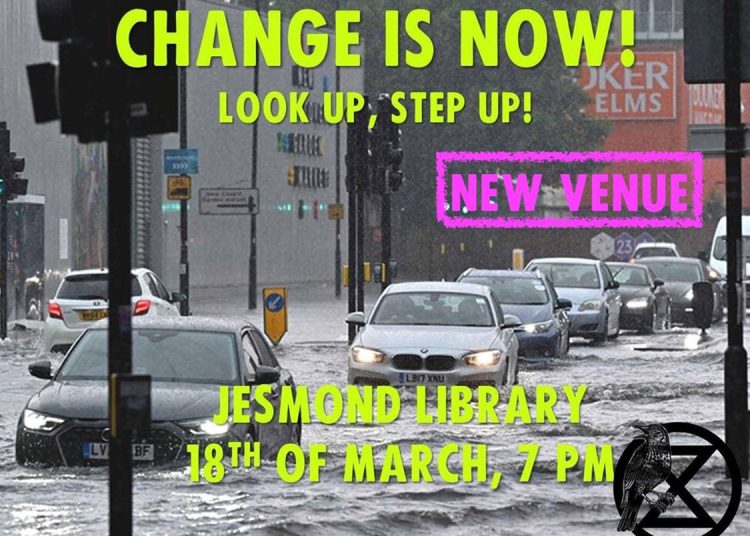 Extinction Rebellion North East have had to change the location of an indoor meeting at extremely short notice due to intervention by Northumbria Police.

In a statement on the group’s facebook page on Wednesday the group wrote:

“This is a blatant infringement on the rights of members of the public who plan to hold a talk engaging their community in the biggest threat humanity faces.”

A representative of XR North East tried to contact the Police and Crime Commissioner to discuss this situation and managed to get through to the Head of Community Policing in Jesmond who claimed that there had been a complaint from a local resident. This was given as justification for the police contacting Jesmond Cricket Club, the original meeting venue.

As a result of the police contact it seems that the original venue organisers were worried about bad publicity. However, no-one seemed willing to take on full responsibility for the decision to cancel the meeting.

I spoke to one of the group members today who described the actions of the police as “overstepping the mark”. They also said that according to the police it was important that they were “well-informed about what was going on in the community”. This despite the fact that it is understood that the police regularly monitor Extinction Rebellion North East’s facebook page, making it very likely that they were already aware of the meeting.

It seems a particularly heavy-handed approach to what has been advertised as a meeting to invite people who care about climate change to get together for a talk and discussion. It is particularly worrying in the context of changes in policing and human rights through the Police, Crime, Sentencing and Courts Bill.

The meeting is going ahead

The good news is that the meeting is still to go ahead. This time at Jesmond Library at 7pm this evening.

The message of the meeting is that:

“It’s not too late to save our world.”

The event is for those who are concerned about climate issues and who are fed up of sitting at home worrying about it. It is an opportunity to meet with likeminded people who really want to make a difference.

You can find out more about Extinction Rebellion North East here.