The question we should be asking is not about Hartlepudlians' IQ, but whether their voting decisions were manipulated, and how. 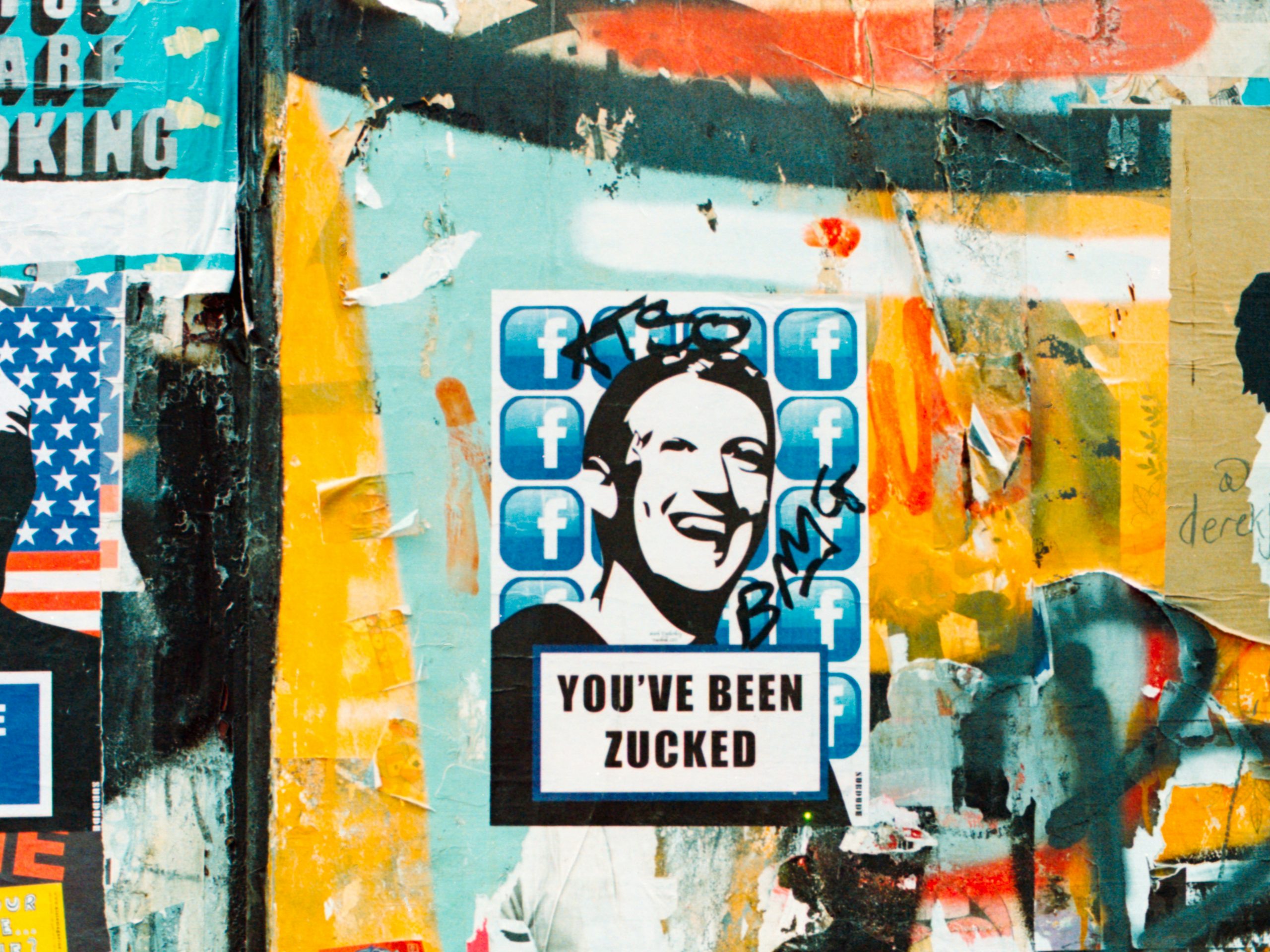 Photo by Annie Spratt from unsplash

The Hartlepool vox pops after the May council and parliamentary by election were bizarre. This is a town which has been run for the last two years by a coalition of Tories and a former-UKIP independent group. And in a country ruled for 11 years by Conservatives, who have cut the police nationally by 20,000 officers and caused the local A&E department to shut due to cuts-related safety concerns. Over the nine years leading up to 2020, central government funding to Hartlepool shrank by two thirds.

But Labour was blamed:

“Labour’s been in power for too long”

“People are sick of Labour and want a change”

“All the steel works closed down, all the job losses”

In response the Twittersphere gasped in horror:

“Hartlepool? Voters are not stupid? I’d beg to disagree”

“..can the people of Hartlepool read! They clearly don’t know that they’ve been underfunded with a Tory Gov. in charge so aren’t of the highest intelligence.”

“Sorry but the people of Hartlepool are not that bright! “

However, the question we should be asking is not about Hartlepudlians’ IQ, but whether their voting decisions were manipulated, and how.

Most people vote with their hearts, not their heads. The fact that emotions are more important than the rational mind when it comes to making decisions has been understood for decades. Back in 2001, Daniel Kahneman won the Nobel Prize for Economics for demonstrating just that.

Research has shown that people rarely express their true reactions verbally. People don’t say what they mean and don’t mean what they say.

Neuroscientists have developed a battery of tests for measuring brain activity and the business world has followed science’s lead.  Neuromarketing, as it’s known, uses the same tools to check non-verbal responses to ads and products in the mission to find the brain’s buying triggers.

Electroencephalography (EEG) uses electrodes attached to the scalp to measure brain activity. Functional Magnetic Resonance Imaging (fMRI) measures blood travelling in the brain. Then there are CAT and PET scans. Sweat, skin, blood pressure, heart rate, facial expressions and eye movements are monitored in trials for non-verbal reactions to ads and products. And all this so you’ll buy a particular brand of detergent.

Political neuromarketers are somewhat coy about naming their client base. Mexican President Enrique Peña Nieto and his party, the Institutional Revolutionary Party used the neuromarketing toolbox  – gauging brain waves, skin arousal, heart rate and facial expressions – during their 2012 presidential campaign. After their method was exposed by the New York Times, they pledged to drop it.

Around the same time another discipline developed: Behavioural Economics, also known as ‘nudging’, the idea that governments can use psychology to encourage better behaviour among their citizens. In 2010 David Cameron installed the Behavioural Insight Team aka the Nudge Unit in the Cabinet Office. Their top success story involved writing to overdue taxpayers claiming that everyone else had paid their taxes on time, an appeal to herd instinct. It worked.

2014 saw the next evolutionary step in mass voter manipulation, psychographic targeting. The offspring of an unholy marriage of psychology and data science, a better name for it would be ‘psycho-spam’. Its whistleblower and unwitting inventor Chris Wylie called it ‘mindf*ck’, naming his disturbing book after it.

Research at Cambridge University’s Psychometrics Centre found that a person’s Facebook ‘likes’ could be used to gauge their psychological profile. Psychology’s OCEAN model was used to calculate each personality based on their scores for openness, conscientiousness, extraversion, agreeability and neuroticism.

The psychographics creators, SCL Ltd, matched voters with the most effective campaign messages for their personality. Thus a person scoring highly in ‘neuroticism’ could be made to be more responsive to anti-immigration messages, claims Wylie.

The rest is history. A database of 87 million mostly American Facebook users was processed by the now notorious Cambridge Analytica (CA) set up by SCL and 90 per cent owned by alt-right US hedge fund manager Robert Mercer. The data, stolen from Facebook, was obtained via a downloadable personality test app which saved the test results but also scraped the personal details of respondents and their Facebook friends. It was used by the Trump presidential campaign in 2016.

Psychographics is not an outcome of marketing or neuroscience but a development in military psychological operations – psy ops- a so-called soft option to defeat the enemy (the alternative to bullets). According to Wylie, SCL had a full CV of election tampering in the developing world.

Cambridge Analytica claimed it deleted the information in 2016, but the New York Times reported in 2018 that the now defunct company still owned most or all of its cache

There are allegations, hotly denied, that the methodology was deployed by both Vote Leave and Leave.EU during the EU Referendum.

Is the CA database an irreplaceable Rosetta Stone, a one-off cipher for converting Facebook likes into voter profiles? That’s unlikely. The method does need a ‘training dataset’ of basic information but that could be compiled with a very large scale survey.

At Ogilvy Change’s Nudgestock conference in 2017, Dominic Cummings, former head of Vote Leave, detailed the Leave strategy, which combined Behavioural Science and Data Science. His speech makes it clear that Facebook users were central to the Leave plan.

Facebook allows advertisers to select their audience according to gender, age, and location from a small neighbourhood to the whole UK.  Importantly, the advertiser can choose a more tightly defined audience by selecting users’ interests and likes in their Facebook activity – a vast shopping list of features.

Advertisers can also deploy Facebook’s Custom Audience option, uploading their own database, or seek potential customers (or voters) by selecting viewers similar to their existing contacts.

According to Cummings, Vote Leave surveyed hundreds of thousands of respondents, not just the usual 1,000 random sample. This allowed them to develop accurate subsets that mirrored the Facebook target audiences, such as women in their 30s without a degree, in a specific location.

“We ran messages experimentally on Facebook to figure out what things work and don’t work”, said Cummings.

The team then dumped nearly all their budget on online ads in the last four days of the campaign.

“We aimed it at roughly seven million people, who saw something like one-and-a-half billion digital ads over a relatively short period of time”, Cummings claimed.

The Leave arguments, said Cummings, were based on Behavioural Science, not reason. The slogan “Take Back Control” appealed to loss aversion instincts. The ‘Brexit bus’ claiming we could spend £350 million a week on the NHS rather the EU, provoked rage.

Fears around risk were stirred by pushing the false narrative that a new wave of EU migrants would come from Turkey.

The Brexit vote, the General Election and Hartlepool

Hartlepool swallowed this story whole:  70 per cent voted to leave the EU. In the December 2019 General Election the Brexit brand was still very strong in the town. The Brexit Party split the right-wing vote, enabling Labour’s Mike Hill to hang on to his seat.

In the 2019 General Election, an invoice registered with the Electoral Commission showed the Conservatives paid Facebook a bill of £841,470 for UK ads.

We don’t know which audience sub-sectors were targeted beyond nation, gender and age group. This is published in Facebook’s Political Ad Library.

In the May by-election this year, the Hartlepool Conservatives needed to get out the Tory vote, persuade former UKIP supporters to vote Tory, and discourage Labour supporters from going out to the ballot box.

For May’s elections, the Conservatives’ Facebook ads were spread among national HQ, local parties and candidates, according to the Facebook Political Ad Library. Spending details for the recent polls are not yet available at the Electoral Commission.

The successful Tory candidate in the Hartlepool by election, Jill Mortimer, published her own ads, spending a modest £1,128.

Among her slogans was “We can deliver the change Hartlepool needs”

The ads could have been from the Obama 2008 US Presidential campaign with their themes of change, hope and progress, not the usual Tory fare of stability and tradition. Was this an appeal to Labour voters to switch to the Conservative Party?

The Mortimer ads promised extra police, which would appeal to older and more fearful voters. Most of the ad’s viewers were over 55 and the majority were women.

Another Mortimer ad plays a video of Boris Johnson who says, “Hartlepool’s been taken for granted for far too long by Labour for all of the past 57 years”, echoing a leaflet drop and resonating in the vox pops a few days later. The link can be accessed from this page.

Tees Valley Mayor Ben Houchen, who won his re-election with a landslide, is king of the Facebook ad. He has spent almost £69,000 on Facebook advertising in the last two and a half years. His offerings in May glimpsed the sunlit uplands of jobs, jobs, jobs, also a theme in Mortimer’s ads.

Across the country, Conservative HQ and local parties’ Facebook ads with matching graphics covered recycling and potholes. This is the bread and butter of Conservative local politics.

They also pressed home the idea that Labour local government was a money pit. The said Labour would hike Council Tax and drive councils into bankruptcy.

In Hartlepool the Conservatives managed to get the extra 1000 votes they needed. Labour failed to get enough of their voters to the polls. All 13 Conservative council candidates were returned.

There was a logical reason for voting Conservative which was confided on the doorstep. “We have to get money into the town”. With a Commons majority of 80 why would one extra MP be required to deliver funding to a deprived borough? And did the Council need a Tory majority in order to cash in on the financial promises of Levelling Up?

Or was this an inversion of that time-honoured electoral malpractice of Cash For Votes: in this case No Votes: No Cash?  And with that threat there’s nothing illogical in voting Tory.