The fallacy of the sovereignty argument

We are a sovereign state, and we remained one when a member of the EU. And the surest demonstration of this is that we have left the EU. 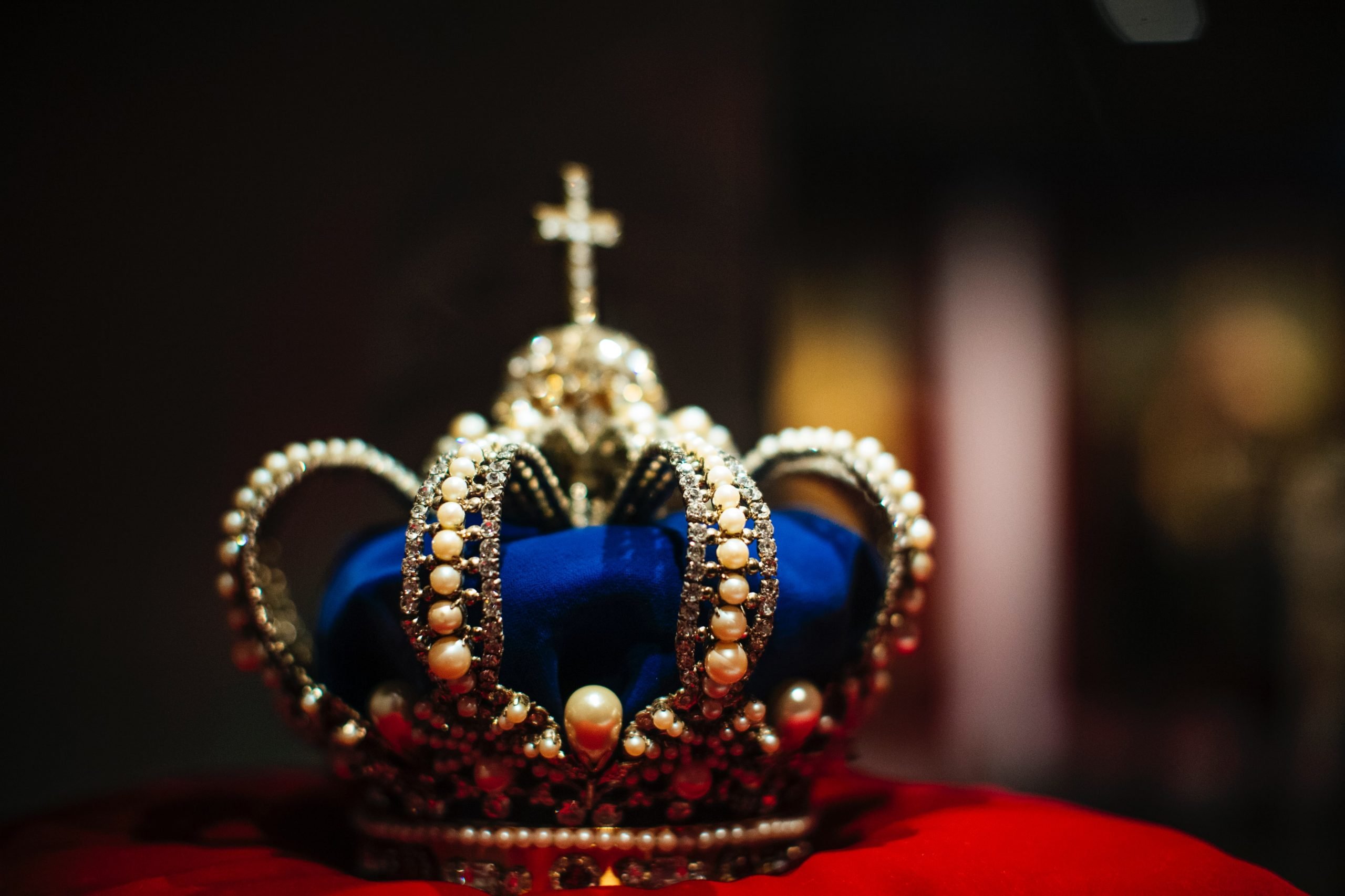 Photo by Marcus Spiske from unsplash

Boris Johnson has sought, he claims, to have asserted the sovereignty of the UK by means of the curious strategy of breaking an international treaty and, as a final flourish, placing The Executive (the government) above the oversight of the Judiciary, thus trashing a constitutional cornerstone known as ‘the balance of powers’, that has framed our public life since 1688.

Sovereignty has often been cited as the imperative that demands we leave the European Union. It is said that to be a sovereign state we cannot be a member of the EU.

But what is ‘sovereignty’?

Sovereignty refers to the place where ultimate authority and power is vested. Which, in olden times of yore was, well, the sovereign. It tends not to be in modern times. Other institutions bear the sovereignty of a nation in this day and age. In the UK our constitution vests sovereignty in parliament (oh, and sovereignty never has been, never will be, vested in ‘the people’ because that would be a nonsense indistinguishable from anarchy if ever actually realised. Whenever you see this claimed by a nation it is always the beard for a totalitarian regime – see the various communist states of the last century or indeed, North Korea today, all of which claim or claimed that the people are sovereign).

To have sovereignty is to be self-governing, for a state to recognize no higher authority.

Now, you might suppose I just made the case against the EU, but I haven’t. We are a sovereign state, and we remained one when a member of the EU. And the surest demonstration of this is that we have left the EU. If we weren’t a sovereign state, and were in fact subject to the EU, how could we ever choose to leave it? Just think that one through, because the logic there is absolutely watertight. If we were not sovereign we wouldn’t have the power to leave the EU.

But we’ve chosen to leave the EU. We have left. We’re out. We had the power to do that. Thus, we were always a sovereign state. QED.

Some say that the EU wouldn’t let us do some things, or required we do others. And this shows that we weren’t sovereign.

In practice states compromise sovereignty all the time. And they do so because sovereignty is something much more important and useful than being the king of you. It is the very currency by means of which good neighbourliness between states is bought…

Here’s an example, avoiding the EU for the time being: NATO. You’ll be aware, I hope, that a key treaty obligation of being a member of NATO is to regard an attack upon one member state as an attack upon all members of NATO. So, if Russia marches into Estonia we, the UK, are obliged to fight Russia back (with all the other members, of course).

Now, before we go any further, let’s examine the language I just used. The word ‘obliged’.

If a sovereign state is subject to none, how can it have obligations? If you’re the king of you, you are obliged to no one. That’s watertight logic too.

The answer to this apparent contradiction is that a state chooses to assume obligations in return for benefits. Other sovereign states undertake reciprocal obligations. It’s a quid pro quo. And that is what a treaty is. Sovereign states with the power to do whatever the hell they like, agreeing that they will not do whatever the hell they like in certain circumstances.

A sovereign state may, of course, pull the nuclear option and withdraw from a treaty at the drop of a hat. They’re sovereign, they can do that. There are always legal mechanisms of withdrawal, and to activate them is fine. There will be due process, all members will know what’s happening, not a problem. However, let’s say that Russia invades Estonia and all the NATO members muster their defence – but Britain decides to just cry off, leaving the rest of NATO in the lurch. Britain can do that – it’s a sovereign state. But then Britain’s word is mud. Then the other states need not respect Britain’s borders, its laws, its people. Why would they bother? There is no hope of any benefit to be won by respecting the integrity of Britain, because there is no reason to trust that the favour will be reciprocated. Britain is trash, with no standing, no meaning. If such a nation wants to live hermetically sealed within its own borders they might be ok, for a given value of ok, as long as all the other nations decide they can’t be bothered to invade. And if some other country does wake up one morning and thinks to itself that invasion and rape of Britain’s resources would be a bit of a wheeze, Britain has no friends to turn to.

The nearest thing we have to such a state on the planet right now is North Korea. People starve in North Korea. North Korea does not work. North Korea has nothing holding its Executive in check, and thus other countries do not trust it. Much of its money is spent on its army, which is protecting that Executive, not the people. Sure, we here in the UK have the Executive, the Legislature and the Judiciary, the three pillars, to hold each other in check – oh! But that’s right! Boris Johnson’s regime has put forward a bill that ends that balanced relationship, which makes the Executive exempt from the review of the Judiciary. This effectively amounts to the Executive stealing the Legislature’s sovereignty. It dismantles a fundamental mechanism at the heart of our constitution which has also been adopted by many other states’ constitutions, and for which the foundations were laid back in the 1200s in Magna Carta.

Boris Johnson seeks to ditch this fundamental of our constitution. Clause 45 of the Internal Market Bill exempts ministerial decisions from review by the judiciary. And other aspects of the Bill empower ministers to break treaty agreements with the EU. The executive may rule by decree. Which, by definition, is not democracy.

But Britain is exposed in an especially invidious way by this cavalier trashing of our constitution. All constitutions are ultimately operations of trust. Ours is old. It was deemed by many to be one of the most secure. Labyrinthine, convoluted and ridded with anachronism, yes, but, in a way, that has added to the security people felt they could invest in it. You’d surely need to launch a very intricate attack to undermine it, or so many believed. Thus, British law is nominated by many multinationals as the jurisdiction for any breaches, challenges or complaints, and has been the insurance law on the high seas for centuries. Our Executive or Legislature undermining our law potentially loses us this massive advantage internationally. Which is why no one, until now, has sought to mess with it. There was, therefore, pressure from within the UK via the balance of powers, and from without via that reputation, to keep us clean, keep us balanced, keep us free.

Or there was until some Eton boys cried “bah – piffle humbug!” and decided to undermine the constitution to which much of the world refers as the basis for their own constitutions. And so the happy illusion that there was something sacrosanct, something that might always be trusted, some rock hard basis for the institutions that preserve the rule of law and protect a people’s freedoms, has been demolished.

Seriously, the implications of this go far beyond any local difficulties regarding the EU. That’s almost incidental.

Sovereignty is an absolute legal principle but in practice it is always being traded. Every day. All over the world. It’s normal. Quid pro quo. Mutual back scratching a go-go. That transaction of sovereignty between nations is the very glue that allows states to co-exist, and, when you have a democracy, supports and nourishes that democracy.

Now, to the EU. It’s a body forged by treaty, no different to NATO. It’s nothing special. Obligations are assumed in return for duties to us being observed. It is nothing to be scared of, it is nothing new. If we pull out we will simply rebuild again pretty much the same the obligations and duties we have had whilst in the EU with all of the rest of the world, only less efficiently and more expensively, and spend decades doing so.

There are matters of democratic deficit that I’m happy to concede exist with the EU. The fact that there are problems means there are things to be fixed. But the objection to the EU in terms of sovereignty is a red herring promulgated by people who rely upon the ignorance of most of the population as to what the word actually means, and how it operates in practice.

There is no problem with our sovereignty in relation to the EU, unless you insist on it as an absolute, and if you do that you are running counter to the lived history of all human civilization.