Save British Farming protest in London 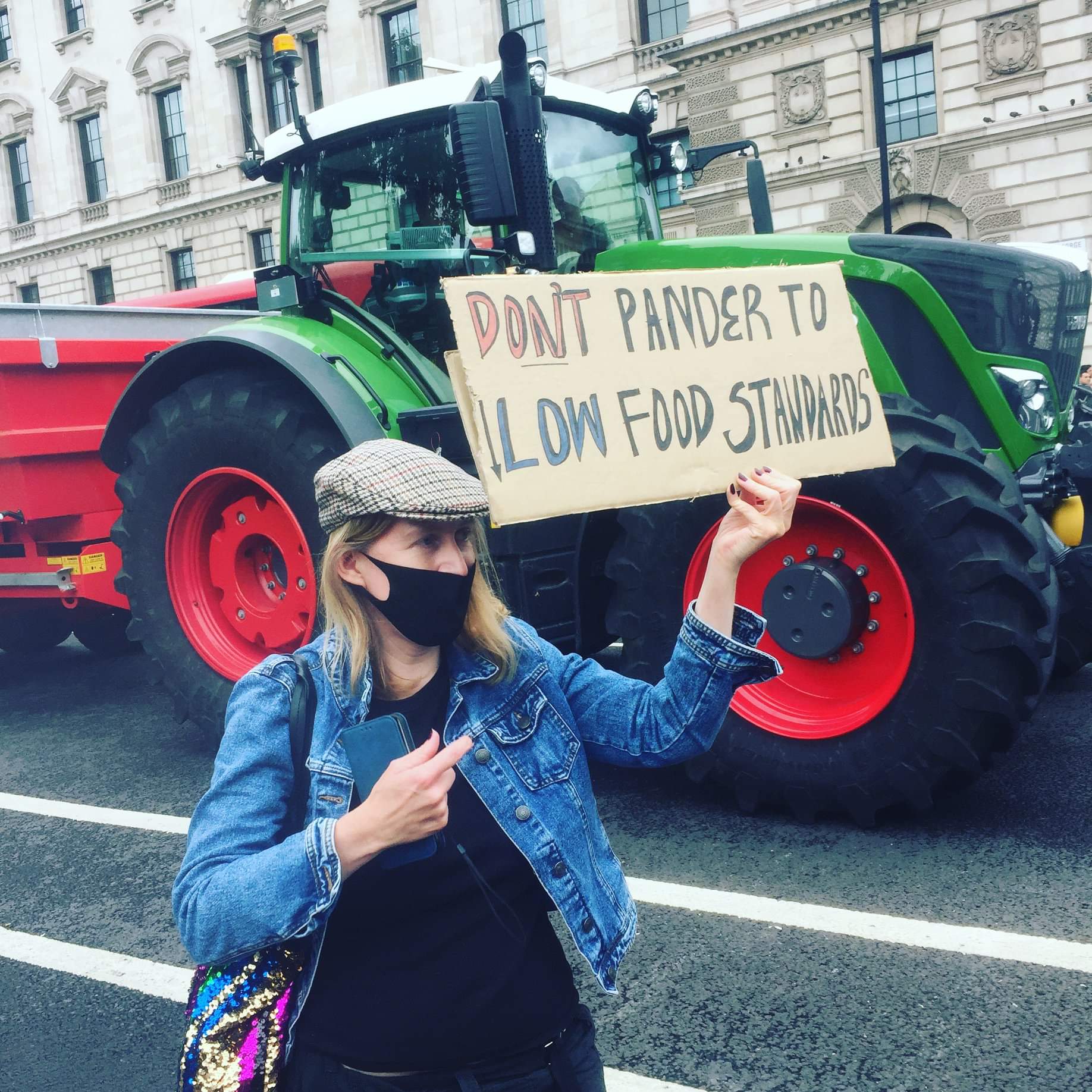 Prior to the 2016 referendum, the National Farmers Union (NFU) recommended their members vote to remain in the European Union. In spite of this, 53% of farmers were more swayed by the Leave campaign and voted to leave the EU. No one really knew exactly what ‘Leave’ meant at that stage.

The talk of complete separation from Europe and of a ‘No Deal’ Brexit must have come as quite a shock to these 53%. Many were alarmed when they heard talk of high tariffs and, when Boris Johnson became Prime Minister, of using different standards and practices to align ourselves more closely with the USA. Some of the larger farming businesses, however, were attracted to aspects of farming in the USA and considered that even No Deal would be good for them.

The 47% of farmers who voted Remain were still opposed to leaving the EU and were filled with horror at the thought of a No Deal Brexit. They already knew it wouldn’t be good for most farmers, and worse still the market for their livestock appeared to be under threat due to the tariffs on exports. There is also evidence that smaller farms would suffer disproportionately from No Deal. At the July 2019 People’s Vote demonstration some farmers were so unhappy about Brexit they were prepared to take to the streets. Indeed some took livestock to London with them.

And then there was an election, and here we are today.  The concerned farmers thought No Deal had been averted, but they are again hearing ‘No Deal’ Brexit in the news and feel exactly the same sense of threat. They are aware that conventional, large-scale demonstrations are not possible with Covid-19. They are also aware that food standards are under attack and that this will affect their businesses directly. A petition organised by the NFU quickly gathered one million signatures, and many farmers decided that driving their tractors to the heart of government was a safe, effective and socially distanced means to protest.

A pressure group was set up, known as Save British Farming, with a tractor as its symbol. A recent YouGov poll shows that 85% of British people do not want lower standards and lower-quality food imports from the US as part of any Brexit deal. There is also a sponsorship page for those who couldn’t take part in the protest but would like to support the event; it is still active.

So on Wednesday 8th July tractors came from different parts of the country and gathered at New Covent Garden, Vauxhall in London. The leading vehicle had a maximum speed of 8 mph so it took some time to get to Parliament Square.

The tractor protest this week was part of an ongoing campaign against the Agriculture Bill. Some Remain voters have been unkind about farmers because they see them as part of the problem, having voted for Brexit. However the 53/47 percentages for/against show quite a small margin, and most farmers do not support a No Deal Brexit. Our famers need our support.