Firefighters attacked on call out in Sunderland

“They work tirelessly to keep our community safe and should be respected." 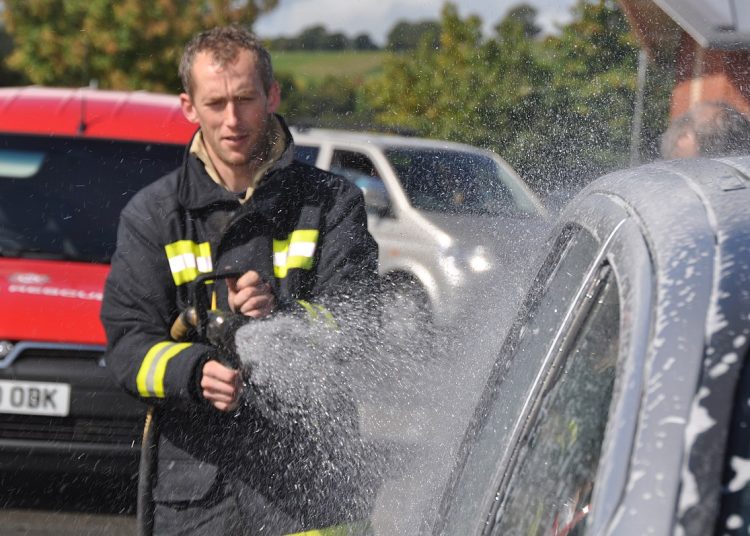 On Tuesday 7 September night at 20:31, a crew from Marley Park Community Fire Station responded to reports of a wheelie bin fire in the Carley Hill area of Sunderland. Whilst trying to locate the incident on foot, they were pelted with objects believed to be large stones and bits of rubble.

Thankfully, they were able to get back to their vehicle and no members of the crew were seriously injured but there has been damage to the vehicle from the objects thrown.

Northumbria Police have been contacted and additional patrols have been agreed to find those responsible along with reviews of CCTV from the TWFRS appliance and firefighter body worn cam.

“I’ve said it before and I will say it again, our firefighters do not deserve violence and abuse.

“They work tirelessly to keep our community safe and should be respected.

“Unfortunately these are becoming more frequent occurrences and this must stop! We are working closely with Northumbria Police to identify those responsible.”

“This type of anti-social behaviour, committed by a minority, is mindless and totally unacceptable.

“An investigation has been launched into this incident as we look to identify those responsible. We will continue to work closely with all our emergency service personnel in order to tackle this type of criminality.

“We would ask anybody who knows the identity of those involved, or who has information about the incident, to contact us via the ‘Tell Us Something’ page of our website or by calling 101 quoting log NP-20210907-1062.”​

You can find further information about Tyne and Wear Fire and Rescue Service here.

“Help! I need somebody”: a problem of Brexit economics