A hero firefighter is putting down the hose to try and save his nephew’s life – by raising £260,000 to help him battle a rare form of cancer. 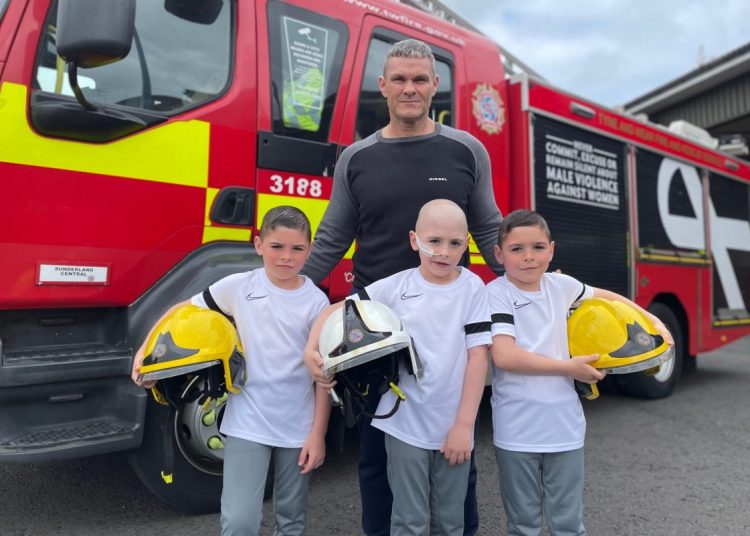 Peter Wilson, 51, works as a Crew Manager for Sunderland Central Community Fire Station. By day, he saves lives across Tyne and Wear, but now he is tackling one of the biggest feats of his own life. On the 19th of July, Peter is walking the 26-mile Three Peaks Challenge to help rescue his seven-year-old nephew Oliver Maw from his cancer battle.

Oliver, who lives in the Millfield area of Sunderland, is hoping to receive a life-saving vaccine to aid his fight against Neuroblastoma. His family are trying to raise £260,000 to secure the treatment in the United States and are being supported by the Bradley Lowery Foundation.

Peter, who has been a firefighter for nearly 30 years, will be joined by 13 firefighter colleagues as they aim to walk the Three Peaks in Yorkshire in just under 12-hours. The group is hoping to raise a sizeable contribution to the fundraising effort in their charity hike next month.

“Oliver is so brave. His positive attitude towards life enables him to tackle anything that is thrown his way. I’ve never heard him once complain about having to undergo the gruelling treatment. All of Oliver’s friends and family are tirelessly helping to achieve the final total. I just want to do my bit. Time isn’t on our side.”

“We have six-months to raise thousands of pounds to get Oliver on that plane to America. We can do it! Oliver’s cheeky grin lights up any room, and we just want to get him better so we’ll move heaven and earth to do so.”

Oliver, who is an identical triplet alongside his brothers Owen and Oscar, was first diagnosed with the devastating illness back in February last year. Neuroblastoma is a rare form of aggressive childhood cancer with a very high relapse rate.

Oliver gradually became unwell over a four-month period. His Mam Phillipa took him to the doctors on several occasions where he was told the likely cause of fatigue and his issues with walking were down to a viral infection or growing pains.

On one occasion Oliver became unwell at school and when he came home his Mam noticed that he had raised glands and took him to A&E. After some investigative tests they were given the earth shattering news that Oliver had Stage 4 High Risk Neuroblastoma.

Since his diagnosis, Oliver has undergone regular bouts of debilitating chemotherapy and radiotherapy at the Royal Victoria Infirmary (RVI) in Newcastle and the Royal Marsden. He even spent last Christmas having specialist treatment and opened his presents on a hospital ward in London.

The next stage of Oliver’s treatment is 5-months of immunotherapy, with the hope being that the intensive combination of therapies will make Oliver cancer free. Once this is the case, he will need to embark on his long trip to the US for the Neuroblastoma vaccine with the hope it will stave off the cancer.

Oliver loves nothing more than to enjoy a kick-about with his brothers and sister, Lily, who is fourteen. He pretends to score the winning goal for his favourite team, Sunderland AFC.

Oliver recently managed to visit some of his heroes at the Stadium of Light and even got to meet midfielder Luke O’Nien. Oliver has also received a Brave Hearts of the North award for his bravery throughout his treatment.

Oliver and his family have received an extra boost through the kind support and guidance of the Bradley Lowery Foundation. The charity was established in August 2017 after six year old Bradley Lowery lost his fight to Stage 4 High Risk Neuroblastoma, the same type as Oliver.

Founder and CEO of the Bradley Lowery Foundation, and Bradley’s Mam, Gemma appreciates the journey Oliver and his family are currently going through as it mirrors what she experienced with her own son. She said:

“It’s heart-breaking when any child and their family receive a diagnosis like Oliver’s. It’s urgent that we raise the additional funds needed to get Oliver the treatment in New York by the end of the year.

“We are urging the community to get behind Oliver, just like they did with Brad. We have been working with Oliver and his family for almost a year, and still have a long way to go to get him to his £260k target.”

“It’s amazing that Tyne and Wear Fire and Rescue Service are coming on board to support Oliver. They have a very difficult job to do and taking time from their busy schedule to help raise money towards the treatment.”

The campaign has currently raised an impressive £78,480 but there’s still a long way to go.

If you would like to make a pledge or donation towards July’s Three Peaks Challenge [19th July 2022] then please use the following link for Oliver’s Fight Against Neuroblastoma Just Giving page.

Oliver and his family would like to say a big thank you to everyone who has made a pledge so far. But if any businesses, organisations or groups would like to get involved then the more the merrier! From organising a jumble sale through to a dance marathon…anything goes. 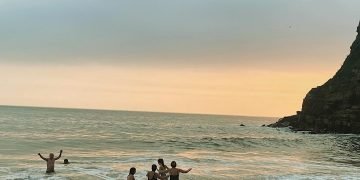