Does football have an effect on the result of elections? Richard Henson reflects on the 1966 election and since then. 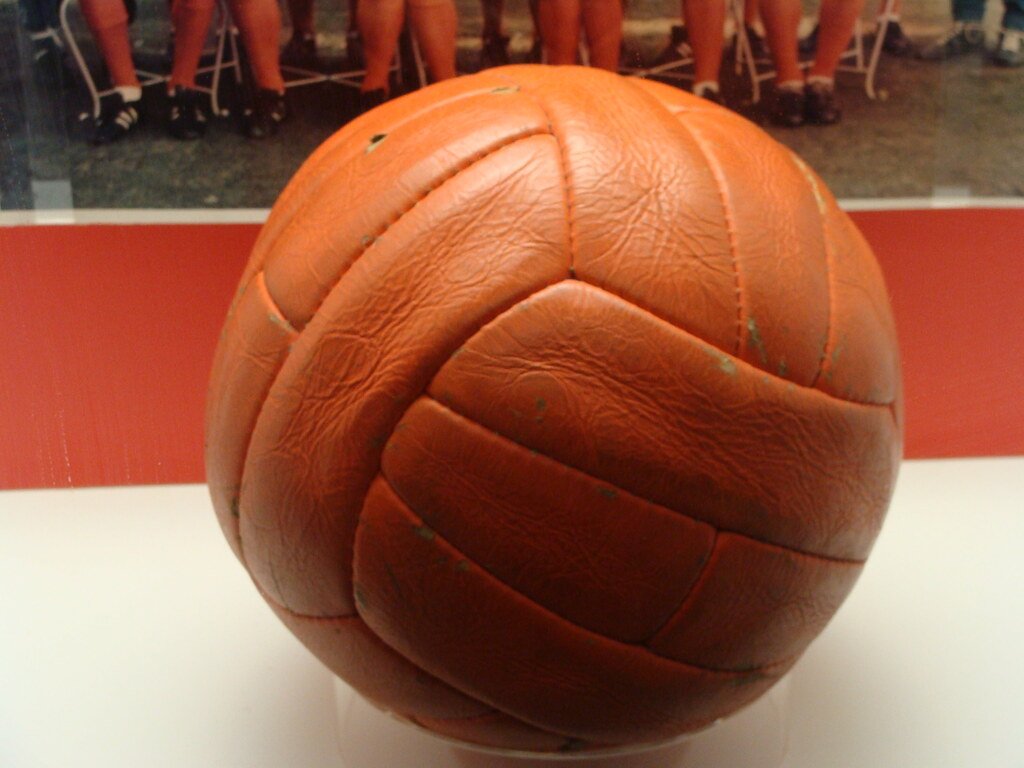 "Close-up of the ball from the 1966 World Cup Final" by Ben Sutherland is licensed under CC BY 2.0

Really? I thought… so I thought, and thought.

I was at primary school and on holiday with my parents when the 1966 World Cup was on. This was the Summer holidays, probably late July. So that would mean the election would have taken place in August, or September.

Did it? More thinking required… yes, the Labour government was certainly popular in 1966, but not with everybody. This excellent Kinks song from earlier that summer cleverly parodies the well-heeled, who may have felt they were hard done by:

This was clearly released after the election. It was actually held on 31 March 1966. So where has this lie come from? Someone with an agenda? Actually, many lies (or, to put it politely, reinterpretations?) have emerged about our recent past, and, sadly, if they are not nailed as untruths, they will stick. Every archived newspaper story needs to be read in context! If those who grew up in the sixties and seventies don’t tell their stories, the narrative will be written for them! Indeed, that may have already happened. I’ll leave it there…

Why did Labour win that landslide victory? Because their policies were popular, of course. Wilson had somehow aligned himself with the Beatles and pop culture, and also with the anti-war brigade by keeping the UK out of Vietnam. Some didn’t like all this socialism of course, but most people were prepared to pay a bit more tax and I think free NHS prescriptions were even introduced. Labour came to represent the swinging sixties, and the Tories represented a bygone era. Also, there was a balance of left and right wing newspapers. Surprising his majority wasn’t even larger, thinking about it!

No, it wasn’t about football!

So why the confusion? Well, four years later, there was another election. Labour had got into a little financial difficulty and had to devalue the pound. It also became unpopular with students for not calling out South Africa more… not that the Tories were doing that either. Devaluation did help the economy though, and by 1970, labour was pushing through such radical legislation as the Race Relations Act and the Equal Opportunities Act. When the election was called, again in early summer, there were high hopes of another victory.

That victory did not happen. Maybe the timing was wrong? When looking for reasons why, a convenient excuse was that England hadn’t won the World Cup… in fact they were defeated by Germany in the semi finals. In 1970, the footballers also became pop stars, with their excruciating song “Back Home”. But it still got to No. 2 in the charts.  OK, here it is…

Anyway, the country was expectant… then despondent… or at least the football fans were, anyway. If only Wilson had left it until September, when everyone had forgotten about England’s defeat it might have been a different story.

What is also important is that the footballers should be good ambassadors for their country. The 1966 lads certainly were, and in particular the captain Bobby Moore was a national hero and a visitor to 10 Downing Street. In 1970, Bobby Moore was accused of stealing jewellery before a big game… not a good luck for the country, and not good for team morale. Moore was innocent, but the damage was done. Perhaps this was the first time a negative media started to influence sport, and therefore politics.

I suspect, however, that there were other reasons for Wilson’s defeat. As I became politically aware in the 70s, whenever I mentioned Labour, I got “This will not affect the pound in your pocket…” back, in a Mike Yarwood voice (anyone remember Mike Yarwood?). The bad vibes from devaluation had not been forgotten, even though it caused a boom in the economy.

Also, the Tories had learned from their 1966 defeat, and realised that people really were prepared to pay higher taxes for an improved standard of living, and a welfare state that cared for all. Heath fought a canny campaign, and probably deserved more credit for that victory than he received. The negative fallout from the football may have had an effect, however. Under ‘first past the post’ (FPTP), when the two main parties are neck and neck only a 2% change makes a big difference.

I don’t think any other politician has called an election when a major football tournament was underway.

Psephologists suggest that politicians do get a short-lived boost after a feelgood event, but it is short-lived, and soon forgotten, as other matters take centre stage. Why should 2021 be any different?