Take Back Democracy will be holding an event in Parliament Square today, including a 'Fancy Dress Football' match! 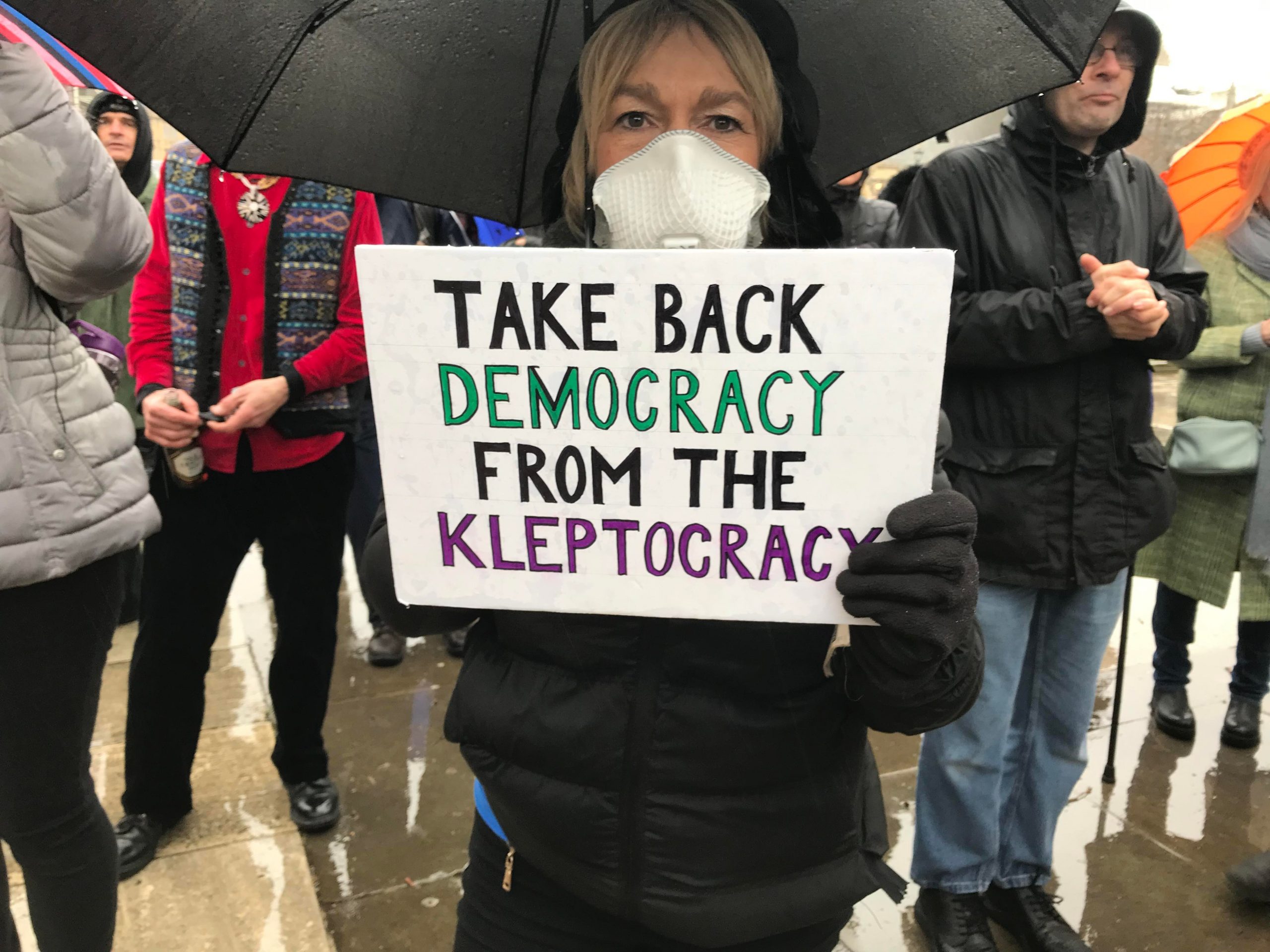 Today in Parliament Square and digitally on Twitter there is to be a pro-democracy event and protest against the current government. Amongst other sections there will be a fancy dress football match of “Tory MPs vs Historical Britons”. The event is being organised by the group Take back Democracy.

Lou from Take Back Democracy told us about the event.

“We are a grassroots movement with individuals from all walks of life who want to stop the authoritarian government and take back our democracy.

“Democracy includes the freedom of assembly, association and speech, inclusiveness and equality, citizenship, consent of the governed, voting rights, freedom from unwarranted governmental deprivation of the right to life and liberty and minority rights. The fundamentals of democracy are being rapidly eroded by this Conservative government.

“We have organised today’s protest to make our voices, and the voices of others heard. What sets us apart from other movements is our approach to equality and inclusivity, which is why we are mirroring the physical protest, with a digital version. People can join us in Parliament Square at 12noon till 5pm, or on Twitter @democracytake.”

Campaigner, Peter, hopes to join the demonstration today. He said:

“Our democracy is broken. It’s allowing a serial and corrupt liar to undermine what is very sacred to me. Peace on the Island on Ireland and the Good Friday agreement. Johnson and the Tories are destroying the UK and reducing opportunities for my two daughters.”

And Richard is travelling from Herefordshire today. He said that he was going:

“Because I care about democracy [and because] democracy could be threatened by new legislation more quickly than a lot of people realise.”

Pro-European campaigner, Gareth, explained why he was attending the event:

“I”m going because my beef re leaving the EU was never about the EU being great (indeed, I’ve always been highly critical of it) but rather that the EU, for all its flaws, was a bastion against totalitarianism. We’re out, and in two years there are laws in process banning protest, looking to jail critical journalists, overrule judges and even decriminalizing killing migrants has been proposed. Some Tory MPs have proposed overruling juries. There are about a dozen high court rulings against this regime and its tendency to give mates contracts rather than follow the lawful processes. My worst fears are well vindicated. It must be ended.”

You can find out more about Take Back Democracy on the group’s website.

Eunice The Pugilist Blows Herself Out

Eunice The Pugilist Blows Herself Out