A company of young actors tell of the rigours of putting on shows in the North East, for your entertainment 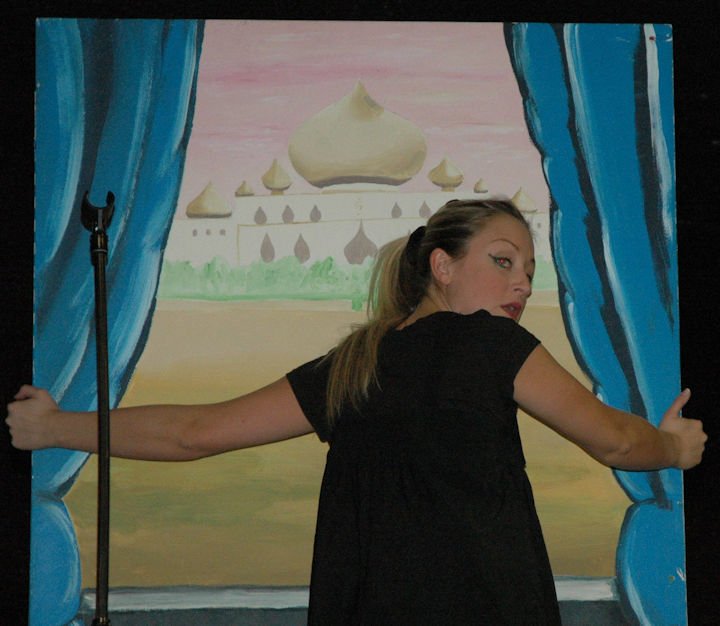 It’s 10 o’clock in the morning. We’re in the concert room of a Sunderland Working Men’s Club. It’s full of kids and a few adults and there’s quite a buzz as they wait for Cinderella to begin. The lights go out and a hush falls, encouraged by a few adult voices telling the more noisy to “Shush!” The stage lights come on and Buttons bounds onto the stage.

A little response, so he tries again.

More of a response this time, so he carries on.

And from a little girl of about 9 or 10 sitting in the middle of the front row comes the reply:

And so begins the first of three performances in three different venues that day.

Wearside to Teesside to Tyneside. Good logistical planning there!

We get in, fit up and the show goes up at 7pm and comes down at 9pm, when we take down, get out and drive back to the rendezvous point, get into our own cars and head home, arriving about 10.30.

And you know, I don’t remember actually eating!

A fourteen and a half hour day, all, ladies and gentlemen, boys and girls, for your delight and delectation, for your entertainment.

We had more than three weeks of this, although occasionally we did have a two show day and we had Christmas Day off. Not Christmas Eve, Boxing Day, New Year’s Eve or New Year’s Day though.

All this for a weekly wage at Equity minimum which, if divided into pounds per actual hour worked, was way below the National Minimum Wage.

All for your entertainment.

As the writer/director I didn’t go to every show, of course. I wasn’t paid a weekly wage, just a flat fee which, if I’d gone to every show, would have meant me being paid less than them. After the first three shows, they were on their own – except that I was always on call.

Like the Boxing Day when, still in bed, I got a phone call at 9am. “Peter, one of the flats is falling apart. There’s no one in the office, so can you…?” So by 9.30 there I was in South Shields, crawling on the stage floor, frantically screwing disintegrating flats together.

Or the Sunday when one of the radio mics packed in working during the morning show and I had to run around like a mad thing to source a replacement because – of course! – there was no one in the office.

And it was the producers’ gear, not ours.

All for your entertainment, you lovely people.

Then there was the club where the concert room was upstairs and we were only allowed to get in up the fire escape. 2.5m high flats, loudspeakers and other sound gear, all the costumes, props and make-up, all to be carried up (and down) a fire escape.

All, ladies and gentlemen, boys and girls, for your entertainment!

But of course performing is not a “proper job.” It’s just play, enjoying yourself, having fun.