How much naval experience does Tory leadership candidate, Penny Mordaunt have? 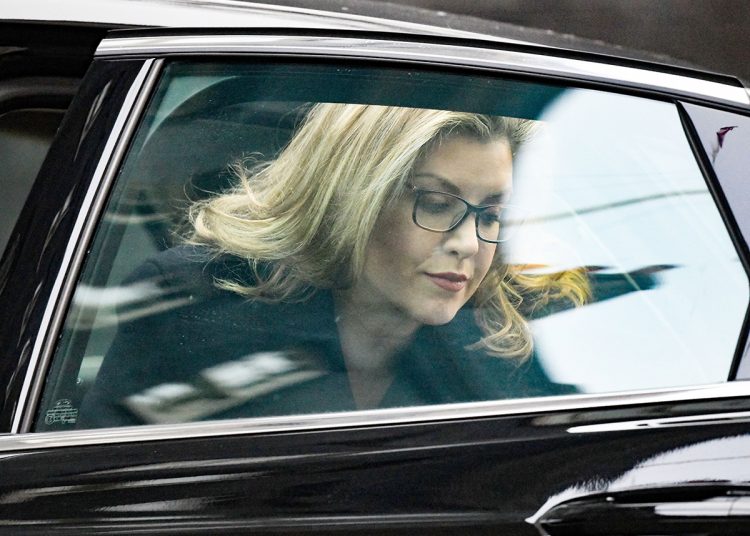 “I’ve been a member of our armed forces and I’m still pleased to be serving them as an Honorary Officer. I know perhaps better than any other candidate that it is our first duty to this country to defend them. People can be confident that this job is safe in my hands.”

This was said by Penny Mordaunt, Tory leadership candidate in July 2022.

On 11 November 2019, the website of the Confederation of Service Charities announced:

“The daughter of a former paratrooper, Penny was a Royal Naval Reservist (RNR) and is now an Honorary Commander in the Royal Navy. She was last at sea in this role during Conference Recess, serving on HMS Albion.”

This appears to be the only published reference to a period of naval service by Ms Mordaunt subsequent to  2013, when she stated (during a subsequent ministerial visit to Gibraltar)  that she had sailed in an exercise on HMS Bulwark which included a stop at Gibraltar. At that time Prime Minister David Cameron had paid her a (presumably) semi-jocular tribute in a Commons Queen’s Speech debate:

“My hon. Friend has the distinction of being the only serving Member of Parliament to have captained a British amphibious assault ship. She captained HMS Bulwark, and I am sure that she was as effective a “master and commander” of that vessel as she was of this House this afternoon.”

Shortly afterwards Cameron appointed Mordaunt to her first junior government post, and a year later, after winning the 2015 election, as Armed Services Minister.

How Mordaunt came to be on the Bulwark, and in what capacity or role, appears never to have been publicly explained. She is reported as having enlisted in the RNR in either 2009 or 2010. Her only documented substantive rank as a serving naval reservist was that of Acting Sub-Lieutenant. According to a naval source quoted by the Daily Mail, Mordaunt has  “never qualified or been commissioned” as a naval reserve officer. Mordaunt reported in the parliamentary Register of Members’ Interests that she received payment for service and training as a reservist only during periods between April 2011 and October 2012. From 2015 to 2019, when she ceased to be a reservist, Mordaunt recorded that “I was a Royal Naval Reservist on List 6, which meant that I had no Annual Training Commitment and received no remuneration.”

How and when did Mordaunt come to “serve” on HMS Albion, as the service charities’ website stated? Only one such episode appears to be publicly documented and it seems highly probable that this is the basis of the website’s information. In June 2019, during her brief 85-day tenure as Secretary of State for Defence, Mordaunt travelled to a NATO conference and then to the Lithuanian port of Klaipėda, where HMS Albion was posted as part of a Baltic exercise of the 9-nation Joint Expeditionary Force [JEF]. Mordaunt there met with ministers of the other nations aboard the Albion.

The reports show that Mordaunt’s brief period aboard Albion was undertaken in a ministerial, not in a military service capacity. Mordaunt had been appointed as an Honorary RN Commander in April 2019 and was promoted to Captain (with no apparent fanfare or publicity) a few weeks ago.   An honorary service commission is an honour, not a substantive rank. It is not awarded as a form of promotion to career military but to people of public distinction from other backgrounds. The James Bond actor Daniel Craig was one of the recent recipients. It neither requires nor qualifies for active military employment. Its purpose is the advocacy, support and promotion of the service, and of associated good causes. Mordaunt may be well qualified for these roles. She did not, however,  ‘serve’ as a naval officer, whether substantive or honorary, during this visit to the Albion.

One might think this relatively miniscule error in the Service Charities website could have been accidental, and at the time may not have seemed significant. But it could have helped contribute to a persisting impression that Ms Mordaunt has had an active ongoing career as a naval reservist alongside her career as parliamentary candidate, MP and minister, an impression which she herself has promoted even as a qualification for prime ministerial office, and which seems to have a scanty and fragile basis in fact. One could object to this that Penny Mordaunt has not in her own name published any inaccurate statement about her time on the Albion. One could say, similarly, that she did not write the headlines in her local Portsmouth paper, which reported her extended interview on GBNews with Alistair Stewart  (Apr 24, 2022):

Mordaunt did not in fact make such a claim herself; Stewart however asked her a question which allowed such an inference to be made, and in her reply Mordaunt did not exclude that (false) supposition. Nor did she (as far as we know) correct her local paper’s misleading headline.

Cameron’s humorous Commons tribute to Mordaunt in 2014 was one gag in a speech full of jokes. But by alluding to Master and Commander, the title of Patrick O’Brian’s acclaimed novel of naval history, notable among other things for its adroit mixture of fact and fiction, whose author was posthumously accused of faking his own biography, it reads with hindsight as having an additional, subtle and prescient edge.

This will not be the greatest or most publicly damaging departure from truthfulness in Penny Mordaunt’s career (which began, like Cameron’s, in PR). That accolade certainly belongs, at least for now, to her false claims during the 2016 referendum about the UK’s ability to veto the accession of Turkey to the EU. But it appears to illustrate a process of confabulation not altogether consonant either with the claimed record of service, or with the associated experience and values, which this politician has forcefully  invoked in support of her ambition to become Prime Minister.