The argument that protest can be stopped because it is inconvenient is a nonsense. The inconvenience of protest is as nothing to the horror of totalitarianism. That’s the trade-off. That occasional inconvenience is the price of our freedom. 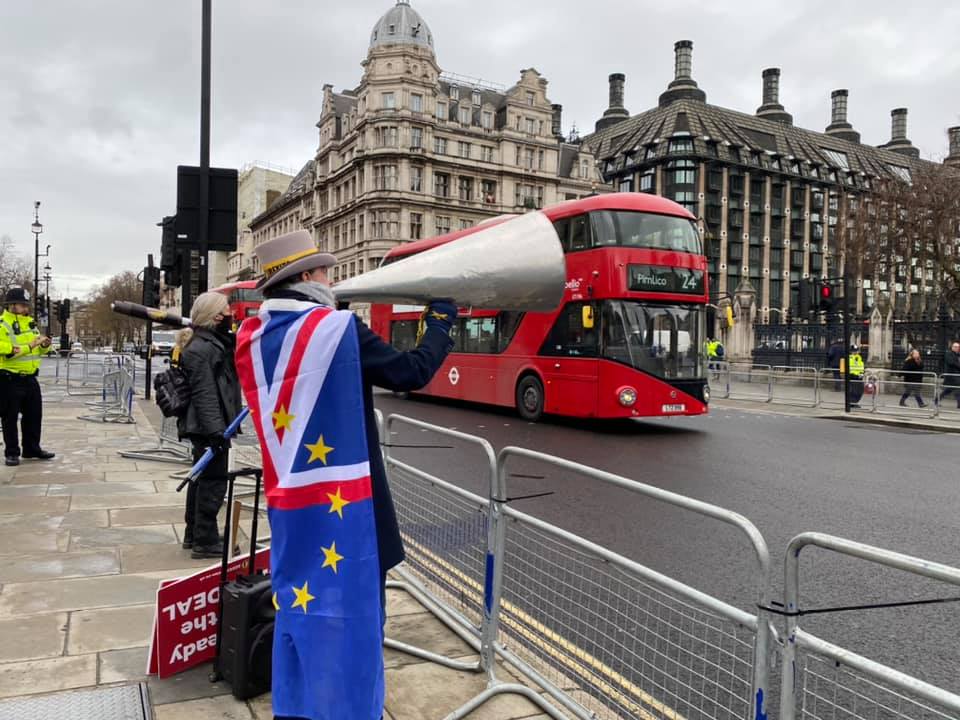 There is an old philosophical thought experiment that you will have heard of. It goes like this – “If a tree falls in a forest and no one is around to hear it, does it make a sound?” This old chestnut persists because it so beautifully demonstrates how language and meaning can impact upon how we frame a concept, and how that then impacts upon our perception and understanding.

The question does not (well, does not usually – there are existential extremists) query whether or not vibrations in air occur should a tree fall. That isn’t the point. There is no reason to suppose they don’t. No, the point is this – does it make a sound?

You might say “well, if we accept it creates vibrations in the air then we are accepting it makes a sound”. But are we? “Sound” is not merely the fact of vibration. “Sound” is the perception of those vibrations via physiological stimuli as then processed and so perceived by the mind. Vibrations are not in themselves sound, but they make sound. The falling tree will make vibrations, but those vibrations only produce sound when perceived by a mind linked up to an ear drum. We may say that sound can be detected by mechanical means – but when so detected it is really the vibrations that are detected. Does a machine hear sound?

“Sound”, of necessity, implies an audience.

And what’s this got to do with the price of fish? (No! No! Please god! Not back to the fish!!)

Cast your peepers over this –

Subsection (2) applies if the senior police officer, having regard to the time or place at which and the circumstances in which any one-person protest in England and Wales is being carried on or is intended to be carried on, reasonably believes –

a. that the noise generation by the person carrying on the protest may result in serious disruption to the activities of an organisation which are carried on in the vicinity of the protest, or

b. that the noise generated by the person carrying on the protest may have a relevant impact on the persons in the vicinity of the protest and the impact may be significant

This is a most notable section of a new piece of legislation, the Police, Crime, Sentencing and Courts Bill 2021, currently before the house. As various commentators have already noted, it seems to be targeted at one particular bloke, known for top hats, megaphones, capes and placards on very long poles. Let’s just mention in passing that, as I said in my last piece, the compliments of one’s enemies are sweet indeed, and I hope Steve Bray feels the force of this compliment. But put that to one side.

And further to that, by “attack” we mean, specifically, physical attack, because a moral attack, a disparaging of the opposing view, is always necessarily implied in protest. If something is deemed to be in need of being protested against, it is necessarily the case that whatever that thing is has been adjudged by the protestor to be deficient, or malign, or both. And in a democracy we are entitled to make our protest if we believe some matter to be deficient or malign. And note, we are entitled to make that protest simply because we believe a matter to be deficient or malign. We do not need to prove it is. It may not be in any way deficient or malign, in fact. We are, nevertheless, entitled to take the view that it is, and express that view. And not merely express that view, but attempt to bring others over to our view. Even if entirely mistaken in our judgement that a matter is deficient or malign, we are yet entitled in a democracy to express our belief to that effect, and attempt to convince others that our view is correct.

So, the point of the problem with the legislation is how it is seeking to redefine the concept of “protest”.

To illustrate, let me offer you another philosophical thought experiment –

“If a man stands shouting in a field and there is no one there to hear him, is he making a protest?”

But this legislation posits, as an objection to protest, the mere fact that there are people who are finding themselves to be witnesses to statement, that “the noise generated by the person carrying on the protest may have a relevant impact on the persons in the vicinity of the protest”.

But since a protest, to be a protest, must have an audience, the actual objection being made here is to the fact of protest itself. For a protest that a government so intervenes with as to deny the people any opportunity of noticing, is not a protest at all.

I’d go further: there are no rights without duties or obligations. The times I’ve heard a Tory say that – and I have always wholeheartedly agreed with them in this. And the relevant rights/ duties trade-off here is that a democracy under the rule of law REQUIRES that we all be prepared to stand witness to protest. Democracy requires accountability, it requires the expression of dissent, both these things necessarily imply protest, therefore, if you want democracy, you are required to tolerate protest. You can very happily add the caveat that it be non-violent, there is no difficulty or contradiction there, but there must be protest, it must be obvious, apparent, public and able, potentially, to sway its audience. That does not mean we are bound to be swayed by protest. We can dismiss it. But we must be exposed to it.

The argument that protest can be stopped because it is inconvenient is a nonsense. The inconvenience of protest is as nothing to the horror of totalitarianism. That’s the trade-off. That occasional inconvenience is the price of our freedom.

Cheap at the price.