Gagged: a letter to my Tory MP

Protest is, and always has been, noisy. It is annoying. 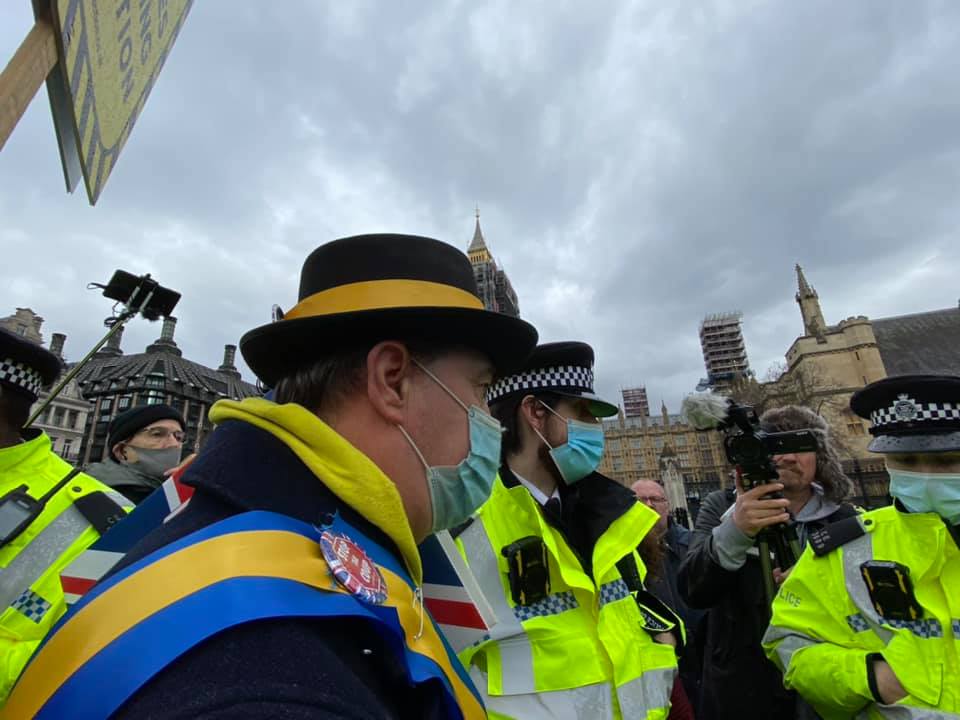 Dear **** Firstly forgive the emotive use of language in the subject heading. It is beneath me in some ways. It is the kind of language that is divisive, polarised and unhelpful. More likely to irritate you and your staff, roll your eyes etc. “Oh ffs it’s her again!” However, it is shorthand for how I feel, you will argue unnecessarily no doubt, but I beg to differ.

Following your advice, I have been watching much more live TV programmes such as Politics Live BBC, Select Committees, HOC and HOL, in order to try and get a more whole and ‘honest’ picture of the workings of parliament as they happen rather than read the ‘free’ according to Priti Patel, press. I will touch on that again later.

Yesterday, I avidly watched the debate on the Policing, Crime, Sentencing and Courts Bill. Unfortunately, after several hours, I had to switch off for a break, but caught up later and looked at the breakdown of the vote. I was not surprised to see that you voted with the government. In fact, I expected no less.

I feel nothing but despair, not because of the way you voted, but because of the general state of our parliament and democracy. This government was elected on the promise of getting Brexit done, ( tick … however bodged and disastrous it is proving to be but that is for another day!) and then Boris announced, with great gusto the following day outside Downing Street, how he would bring the country together. A bright and optimistic future.

Sadly, I fear the country, not to mention the state of the union, is more divided than ever. The divisions in the nation, I would argue, are not helped, nay, are rather exacerbated by the current conduct of parliament, not least from your party.

The bombastic rhetoric of the PM accompanied by his aggressive and/or patronising tone of his body language and choice of words is exasperating. What might be amusing and acceptable in a schoolboy debate or column of the Spectator is unacceptable in the Commons in my opinion. Neither does gloating become anyone.

Furthermore, he is reluctant to even follow the rules. His manner is insulting , belittling nd he has been adjudged to have ‘misled’ parliament on numerous occasions and has been reluctant to put the record straight when asked by the Speaker. This is no way to lead or gain respect as a great leader, although it may pander to the worst elements of our communities. A quick, simplistic fix of incredibly complex issues! He lacks humility or any sense that he can learn anything from anyone. Many of his cabinet and backbenchers appear to conduct themselves in a similar manner.

The bill that came before parliament for its second reading yesterday was ridiculously wide ranging to its detriment. No sane person would deny the importance of the matters being addressed in it, but it is unfortunate, I am being measured here, that so much that is potentially good is mixed in with what is horrendously ambiguously worded and bad. The couple of clauses that relate to protest are extremely disturbing and worrying. If I was so inclined, I might be tempted to believe that they have been sneaked into the bill rather like the Greeks sneaked in their soldiers in the Trojan Horse.

The points made in the debate were both disingenuous, dangerous, divisive, and populist. Why disingenuous? Conservative MP after Conservative MP failed to answer the specific questions of the opposition relating to the right to protest. Instead, they repeated and expounded on horrifying individual, highly emotive stories, which no-one in their right minds would find acceptable, to justify the entire bill.

I have, and never will, spit in a policeman’s face. Neither would I dream of permanently defacing a statue. When protesting, rather, I have enjoyed many informative, personal and light-hearted conversations with the police. I condemn utterly those that do so. I have never personally threatened anyone even when threatened myself and called a c*** for instance.

One ambulance was stopped in a protest. Listening to the debate you would think this was an endemic problem of protest. Again, I have only witnessed people helping, assisting and facilitating paramedics etc on the protests I have attended which have often been in their thousands. Laws already exist to prevent and stop both of the above as they do for the Conservative MP who had to endure the roof top siege of his house. Horrific but not representative of protest generally and the government knows that!

What I found almost funny was the gravitas mustered by Priti Patel to defend the free press in an earlier session. You would again think that our press, which incidentally you have frequently written to me about advising me not to take much notice of because it misrepresents the truth, has been stifled for weeks at a time by unruly mobs. People in their thousands also must have glued themselves to trains!

Again, there was one incident last year when people did not receive their ‘free’ press in time for breakfast! Oh dear! How much protesting went on last year? How many arrests? What were the demographics of those arrested.? These are more pertinent questions. Laws should not be made as a reaction to a small number of isolated incidents.

Surely it is a credit to all concerned, not least the police and the understanding they have of their communities that thousands were able to protest demonstrably peacefully. This law if unchanged would politicise the police, undermine their standing in communities and put them in the invidious position of deciding when something is ‘annoying’ a ‘nuisance’ or noisy. They could also lose much hard-won trust in marginalised communities. This is not forward thinking. I would argue that this would endanger police more than protect them. Not from the likes of me I hasten to add.

Protest is, and always has been, noisy. It is annoying. Steven Bray, my friend, is a thorn in the side. He does not swear but says how he believes it is. So do those ‘patriotic’, Johnson loving leavers.

In my experience thus far, however, they have often been drunk and are fond of expletives to back their arguments. They wave their fists, and try to invade body space in these Covid times. But they do like to protect Churchill whilst doing so as if I or my friends were going to attack his statue. They have also stopped Steve from driving his car. They are libellous and extremely racist overtly inciting hatred of all these ‘Pakis’ who come over here ‘steal’ our jobs and ‘rape’ our women. I have tried to engage rationally with them when targeted on numerous occasions but have given up. Not only am I female and, in their eyes, inferior, I am also a c***. Of course you will argue that this behaviour too will be stamped out. The police, in my experience, by and large, already do this.

The main thrust of the Tory argument beneath the emotional torrent of citing specific, rare events, was that this was a second reading and the bill had so much good in it, that the opposition would be ‘soft’ on law and order etc and just contrary if they opposed it because anomalies can be ironed out at the committee stages. I can see that argument and would be inclined to support it more if I trusted the government’s words, but sadly I do not for a multitude of reasons which I will not go into here. Would it not have been easier to assert that you would simply remove the vaguely  worded clauses relating to protest and single protest in particular?

I have no legal training and am no barrister, but regardless of where he stands politically, as a citizen of the UK, I am deeply concerned when A. C. Grayling tweets:

“A section of Patel’s version of a Nuremberg Law specifically aimed at one man – the great & admirable Steve Bray. How petty can Priti & the Tories get, all because he puts them to abject shame!”

Finally, I am a constituent of yours. For the first time in my entire life, I am fearful that I could be arrested for speaking my mind. I would never use my freedom to protest to incite hatred or endanger life, but I cannot promise not to be noisy, annoying and be a nuisance. How else can I make my voice heard?  I would also like to be permitted to do that outside the seat of our democracy where the laws are made. Please assure me, that I can safely continue to do so without fear of arrest.

Now that the second reading has gone through please assure me that you will be proactive in ironing out the undemocratic vagaries of this bill relating to protest. If it was made law as it is, it could be used to hang out and dry anyone. Priti Patel may not be inclined to abuse the power this bill gives her, but who knows who might be in power in the future. It is a slippery slope. We have laws to deal with these matters already. The last thing we need is an ill-thought out sledgehammer to crack a nut if we want to heal our society so that we all feel included and valued as human beings.

Maybe I am making too much of this ‘historically’ important bill and overreacting, because the media, our laudable free press, seem to be headlining with Uber, Prince Philip getting out of hospital and a friend of Meghan’s tittle tattle.

As ever I look forward to hearing from you and listening to your views.

You can sign the petition to remove the single person protest clause in the bill here.

A dark dark day for democracy