Gig economy workers from Stuart Delivery Group are on strike across the region and beyond due to changes which have led to pay cuts. 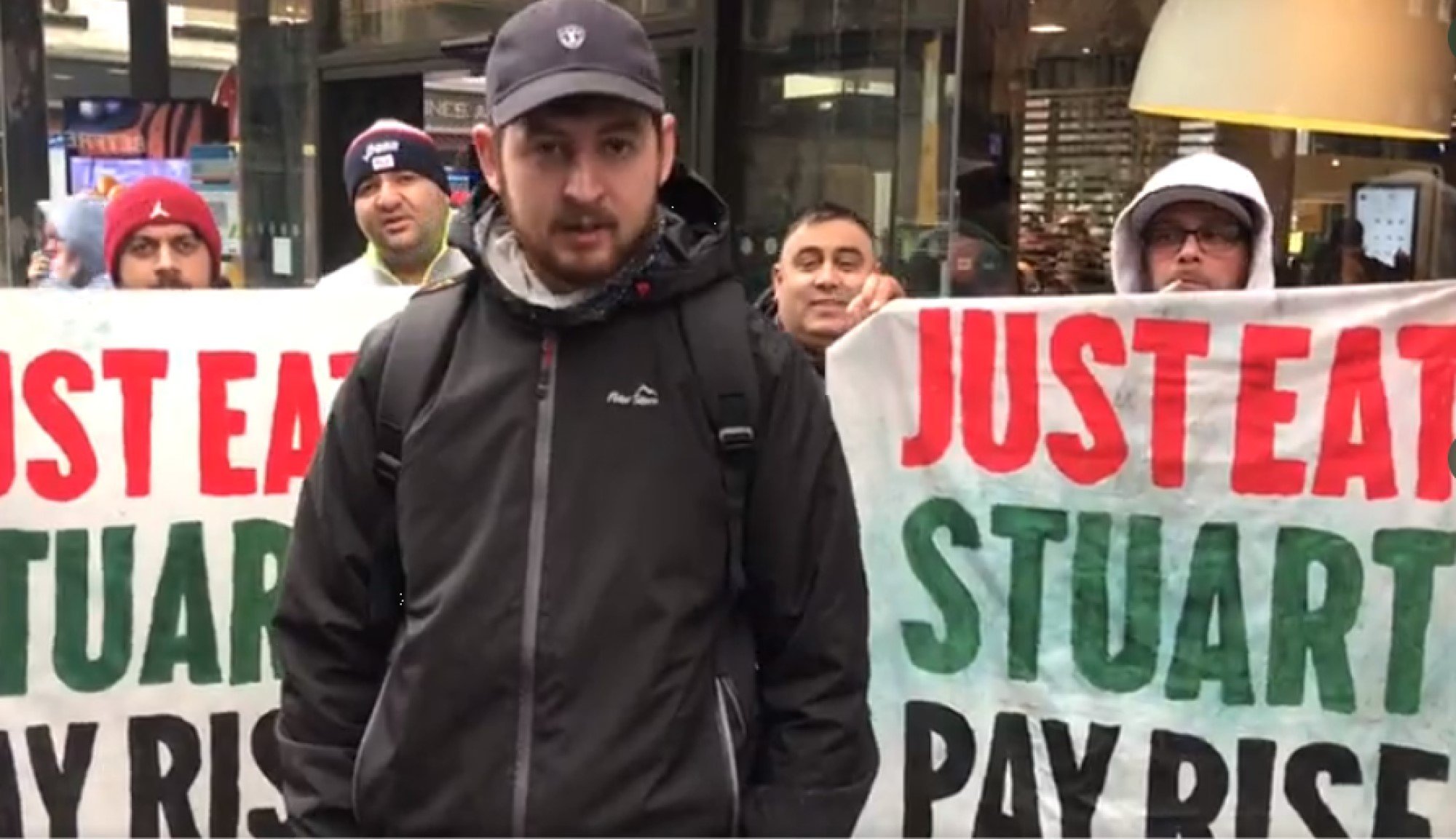 While the world is seemingly scared by events in the Ukraine, engrossed in the minutiae of ‘partygate’ and enraged by the scandalous behaviour of HRH Prince Andrew, in the real world ‘below stairs’, little noticed by the mainstream media, the country’s longest and most bitter strike by casualised workers in the gig economy has just passed its second month. One of the epicentres of that strike is here in the North East. One reason for the disinterest of the mass media (apart from some brief if welcome clips on BBC Look North) has been because the strikers are overwhelmingly from the nation’s newer ethnic minorities – Poles, Slovaks and Romanians.

Let me explain the ‘Stuart’s Strike’. The Stuart Delivery Group  employs casual ‘gig’ couriers to carry freshly prepared food from warehouses and bakeries on outlying industrial estates to a teeming network of retail fast food outlets – primarily Just Eat, McDonalds and Greggs. The little-known company is part of a much bigger group –  DPDgroup – which in turn, like a Russian doll is part of something even bigger – the French equivalent of Royal Mail, La Poste.

‘Gig economy’ workers are paid for each individual ‘gig’ they do – such as food delivery or a car parcel journey – instead of by day or by hour. In this type of labour market, people usually work on a job-by-job basis. They don’t have fixed contracts. Often, to earn a living wage, they are left with little choice but to work full-time hours without a contract to offer job security. They may also miss out on workers’ rights such as sick leave, holiday pay, redundancy pay and maternity leave and they are NOT always guaranteed the minimum wage.

The strike began on 6 December last year, after Stuart implemented a new pay structure which it calls “linear”, replacing an old, graded pay structure whereby drivers would be paid £4.50 for deliveries up to 2.5 miles and £7.50 thereafter. This “base rate” was then garnished by a mileage multiplier — a bonus which is set at regular intervals by the company, and which increases pay by a set percentage. The new pay scale reduced the base rate to £3.40 (a 24% cut) and did away with the step up to £7.50 after 2.5 miles. Now, mileage would be paid as a constant increment. But the very low starting base rate means that almost all jobs are paid substantially less than before, even ones over longer distances.

Throughout January and up to this month, the Stuart strike continued to spread across the UK. For several weeks the strike was mainly centred in Sheffield, but is now spreading across the North of England and the East Midlands. The strikes are organised by one of the new breed of ‘pop up’ Unions multiplying in the ‘precarious sector’ of the service economy – cabbing, cleaning, catering and couriering – a sector in the past ignored by the established TUC Unions. The Stuart workers are represented by the Independent Workers of Great Britain Courier Section.

From 8am on Valentine’s Day, pickets started at Greggs restaurants in Sunderland. Sunderland drivers were joined by couriers from Newcastle and Gateshead. In Middlesbrough, action continued, with pickets on the Greggs stores on Linthorpe Road and Newport Road running peak hours from 12-5 p.m. Local MP Andy McDonald has pledged his support.

The IWGB say the Middlesbrough strike – which as I write has spread to Redcar – is particularly important because its central leaders are Romanian migrant workers — a key component of the overall Stuart workforce and the UK gig economy in general.

What can you do?

So, what can be done? First show your support by backing the pickets if they are out in your town centre.  Secondly, make a donation to the strike fund.

In the longer run three things will help bring a victory- the support of the UK’s mainstream Trade Unions, the fight to see that the government ensure time is given in the House of Commons to debate and pass into law Lord Hendy’s Status of Workers Bill. This bill, if passed, would create a single category of ‘worker’, so that all would gain statutory employment rights and the freedom to bargain for a decent wage.

And the final action?  Over to our friends across the channel. La Poste is 100% Trade Union organised with membership drawn from 3 of the French TU Blocs – the CFDT, FO and CFTC – and has recently entered into a new agreement with them to extend workers rights and develop and upgrade skills training and enhanced wages. Solidarity action may be banned under UK Labour Law, but there is no such ban in France. Think about it, mes amis.