”Yesterday Archbishop Tutu got his jab months after young and healthy people in the UK." 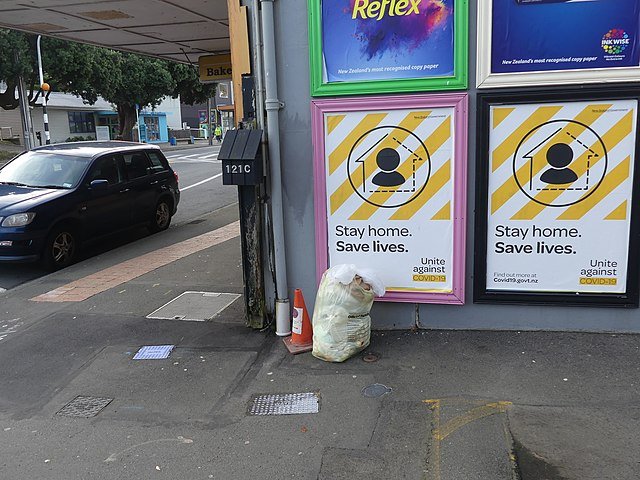 The All Party Parliamentary Group (APPG) on coronavirus continued hearing from expert witnesses on global vaccine rollout. In session 2 there was further discussion on what needed to happen to ensure that the vaccine was made widely available across the world.

Eva Kadilli, UNICEF: Etleva (Eva) Kadilli is Director of UNICEF’s Supply Division, based in Copenhagen, Denmark, and oversees UNICEF’s global supply chain functions. Responsible for the management of UNICEF’s supply response to humanitarian crises, she is presently leading the organization’s strategic procurement and logistics emergency response to the Covid-19 pandemic.

Heidi Chow leads Global Justice Now’s pharmaceutical campaign for access to medicines in the UK and across the world as well as the organisation’s trade campaign.

Els Torreele is a Policy Associate at the UCL Institute for Innovation & Public Purpose (IIPP). She works at the interface of pharmaceutical R&D, human rights and access to medicines, and policy analysis and advocacy around biomedical innovation and access.

The topics of intellectual property, TRIPS waiver, global vaccine rollout and production of vaccines, and the threat posed by new variants continues into session 2. You can read about session 1 here.

Question: In your view is this the most pressing issue that has to be overcome in order to ensure Covid-19 vaccines are accessible across the world?

Natasha Loder urged that we would support the World Health Organization’s efforts around this to use the WHO as a convener to facilitate technology sharing.

Elsa Torreele said that it was urgent that we re-distribute the doses now and to get more doses into people’s arms. She talked about being prepared and building more capacity. This would mean that we could be ready in a year, possibly to re-vaccinate if needed.

Loder added “I highlight the lack of export for vaccine making countries…he UK will say it’s all down to contracts but the fact remains is that we make vaccines but don’t export them. …  The most pressing concern, would be the creaking supply chains for ingredients to make vaccines. We know there are global shortages of key items… if the supply chains don’t keep functioning then that won’t work.”

The impact of a TRIPS waiver

It’s very clear from the evidence we’ve heard today that an approval of a TRIPS waiver wouldn’t necessarily resolve things in the immediate term so could I ask if they were a TRIPS waiver approved when would the impact of that be seen?

“If the TRIPS paperwork came through tomorrow, it’s difficult to say exactly how long; as that would also depend … on technology transfer. There’s a whole minefield of intellectual property rights when it comes to actually trying to make vaccines… and the materials and processes needed … the TRIPS waiver would help deal with all of that. We’ve seen companies like Pfizer and Moderna that went from zero capacity in terms of manufacturing vaccines to producing them at scale in huge numbers in just a matter of months. When the political will and commercial will is there … you can make mountains move.”

Question: If we want to move ahead with this waiver there is a lot of concern on the impact this will have on the supply chain and supply of raw materials the impact that would then have on developing vaccines for new variants. There are also big concerns about quality and undermining quality and confidence in vaccines as well as the regulatory hurdles for what would essentially be biosimilars as opposed to exact copies. What impact would the sharing of IP have on the development of those new vaccines for variants going forward and the disruption it might have on existing manufacturing?

“The IP waiver would also release intellectual property barriers around the manufacturing of a number of elements of supply chains… We don’t have global coordination today; we don’t know whether we have five or eight companies competing for these raw materials. We need much broader coordination and planning.”

The view from middle and low income countries

Question: The vaccine programme in the UK has been a huge success. I wondered what your perspective is how that is viewed by middle and low income countries.

Loder answered: “Let’s remember that last year the context for many countries was that they understood it would take five to ten years to create a vaccine. Even some of the optimists like Dr Fauchi were saying a 12-to-18-month timeline.  I think many countries were very surprised at the speed of the development.

“I was talking to … the director general of Rwanda bio- medical centre yesterday and they’re very impressed with how fast we rolled out vaccines but were very much less impressed with the lack of access; they can roll out whatever they sent. They are also concerned about the shift in priority to vaccinating children and the lack of concern about healthcare workers and elderly in poorer countries.

“The mood music in Africa has changed in the last month …they’re looking at what happened in India with some alarm. India was supposed to have escaped the ravages of the coronavirus and now it’s very clear that it happened so there is great fear that there is potentially a wave of Covid-19 coming to hit Africa and there are no vaccines. They don’t have access to vaccines. Rich countries are really much more concerned about vaccinating their kids.”

”Yesterday Archbishop Tutu got his jab months after young and healthy people in the UK. Why, ask yourself why we have limited supplies. Why the UK’s stance on IP hoarding and overbuying meant that someone over 80 got his vaccine on the 18 May 2021. Also we took part in the AstraZeneca trial, the Johnson and Johnson trial and Pfizer trials and others, yet we were not guaranteed access. So much for the Commonwealth.”

Chow added: “I’ve  been working with global campaigners across the world fighting for the peoples vaccine and there’s a real sense that our friends and colleagues in the global south … are feeling utter despair…Achala Habla, who is a writer, researcher and campaigner .. in India was sharing with us this kind of despair at the situation.

“There’s literally no exception, everyone I know is in a perpetual state of panic as to who is next. It’s like a culling of the elderly and vulnerable, it’s pure hell… Meanwhile rich country governments are blocking proposals to suspend patents.

Key message to the government

Question: What is your key message to the UK government what must do to ensure that vaccines are available across the world?

Toreele said: “[Don’t] even wait for the G7 but say now that you’re going to redistribute the doses that you have. For instance 20% as was the recommendation of the independent panel.  Immediately give that to COVAX and at the same time start working on that longer term solution”

Loder added: “We as UK taxpayers, spent £549 million for COVAX and we’ve watched this mechanism run dry of doses and .. there has to be a much more sensible and logical way of doing this rather than allowing COVAX to sit on its hands.

Chow said: “I think that we need to break these pharmaceutical monopolies. We’re in the middle of a pandemic, a global health crisis and the last thing we need is a monopoly…We actually need the opposite, we need to ensure .. as many vaccines are manufactured as possible…and so I would urge the government to support the full IP waiver that includes all health technologies and all relevant IP,  not just vaccines.