Going above and beyond for the community: praise for fire and rescue service worker

Safe evacuation routes are always essential. Melanie Sturgeon,, a fire and rescue service worker has been praised for her tireless work at Follingsby Park. 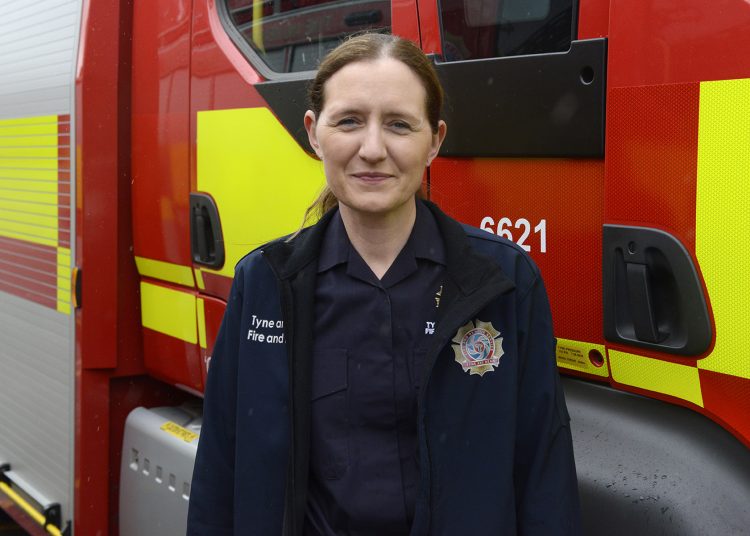 A dedicated fire and rescue service worker has been praised after spending years campaigning to keep her community safe.

Her day job sees her working with high risk areas, including factories and industrial sites, to ensure they have rigorous plans in place, in the event of a major incident.

While Melanie was working with a site in the Follingsby Park area of Gateshead, she was informed there were no safe evacuation routes for nearby businesses. Land developments over time, had created an obstruction to the route that would have previously been used in the event of an emergency evacuation.

So Melanie dedicated hundreds of hours of her time, working closely with the COMAH site, landlords and local businesses to install a new evacuation route.

Today she has been praised by senior members of TWFRS who said it showed the dedication of their staff, who regularly go above and beyond in support of their community.

“Melanie is a fantastic asset to the Service who plays an important role in ensuring our major incident plans are up-to-date.

“She works closely with private business, local authorities and our blue light partners to make sure we can respond effectively if a significant incident does put the public at risk.

“It was during that work that she identified this issue and she has dedicated hundreds of hours of her time to ensure public safety wasn’t compromised.

“She deserves a lot of praise for this result but it wouldn’t have been possible had it not been for the landlord making a significant investment, and the support of the COMAH site and local businesses.”

Melanie, who has worked alongside Station Manager Andrew Blower to complete the project, added:

“This is an excellent result for the community at Follingsby Park. The footpath allows a safe exit if there is ever a need for an emergency evacuation.”

“If the worst had happened then public safety could have been compromised but those involved have acted quickly and shown a real commitment to public safety.

“It has taken some time because of the planning process that was required, but I think this shows partnership working at its best.”

The work to introduce the new footpath had begun in October 2019 with the new project completed in last month.

For more information about the TWFRS Resilience team, visit the Services website at www.twfire.gov.uk.