Children growing up in post-pandemic, recession-hit Brexit Britain will have many challenges. 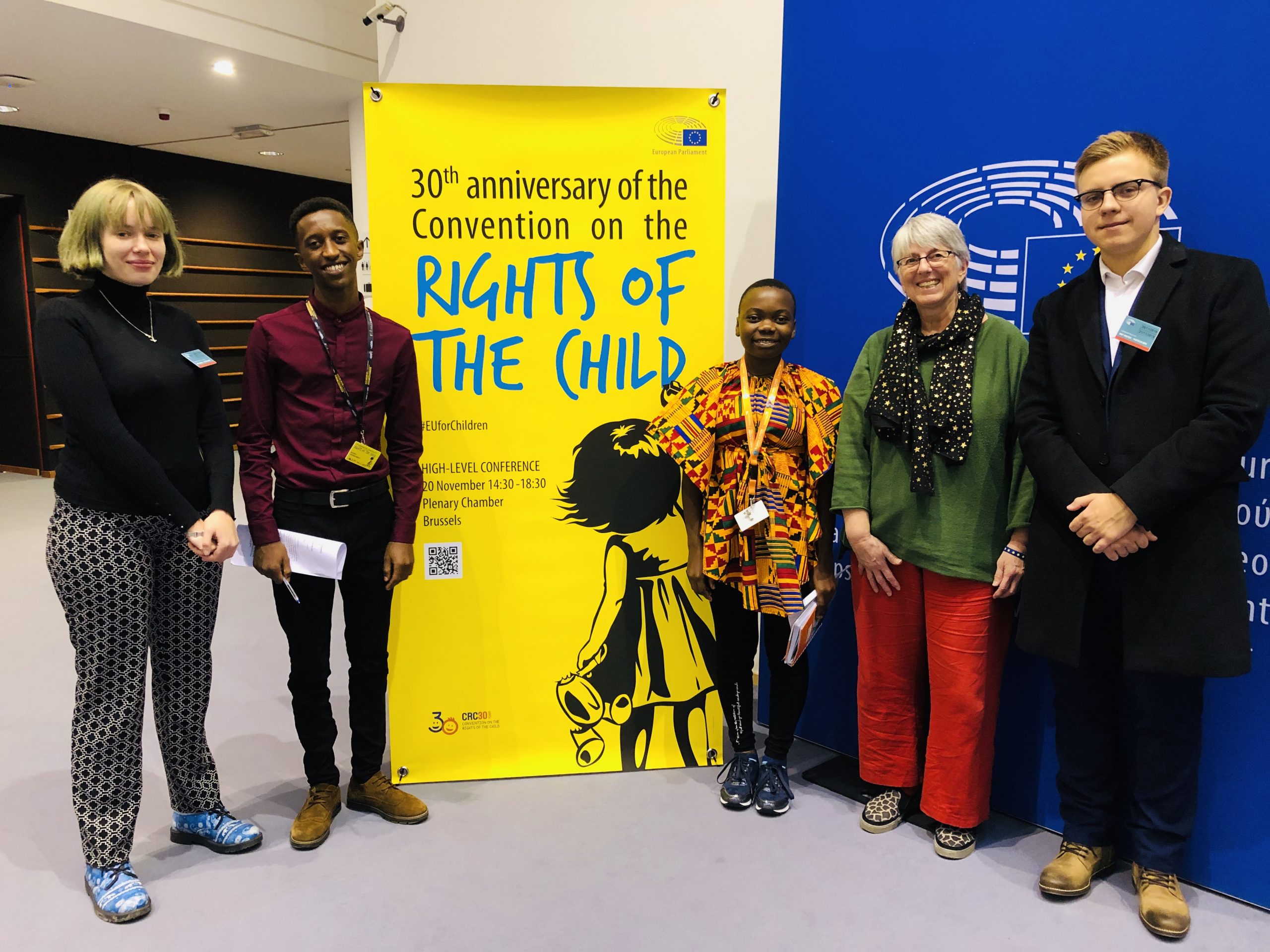 Photo supplied by Julie Ward and used with permisison

The International Day of the Child is marked every year on November 20th as a reminder of the auspicious date in 1959 when the UN General Assembly adopted the Declaration of the Rights of the Child. November 20th is also the date in 1989 when the UN General Assembly adopted the Convention on the Rights of the Child which is now the most widely ratified human rights treaty in history, enshrining specific rights in a legal framework that recognises children as autonomous human beings who must be allowed to grow, learn, play, develop and flourish with dignity. The Convention has inspired governments to change laws and policies and make investments so that more children get the health care and nutrition they need to survive and develop, and there are now stronger safeguards in place to protect children from violence and exploitation. The Convention has also enabled more children to participate in decision-making as demonstrated by Investing in Children, the ground-breaking child participation organisation initiated by Durham County Council in 1995 for whom I carried out formative action research projects consulting with children with disabilities.

Last year I marked the 30th anniversary of the Convention in the European Parliament in the company of extraordinary young people from across Europe and the global south who were there as participants of a conference to discuss the most urgent issues facing the world’s 2.2 billion children.

Sadly, despite the Convention, not all children enjoy their full rights, particularly those in the less developed countries where huge disparities, and a wide range of political, economic, social, cultural, ethnic or religious factors can impact a child causing a violation of their rights or barriers to fulfilment. The most fundamental rights of minors are violated in most parts of the world, and even in the most economically developed countries not all children benefit from the same rights.  Poverty remains the principal cause of this violation as lack of household funds seriously impedes access to a child’s basic human needs: healthcare, water, food and education. Even in countries less affected by poverty, many children are still victims of violence, abuse or discrimination.

Despite the UK being one of the richest countries in the world we have seen a huge rise in child poverty, with more than 1 in 4 children living in poverty today – that means children going hungry, unable to join in activities with their friends, maybe even missing school because their parents can’t afford a new school uniform. It also means a raft of mental health problems as poor children struggle to keep up with their wealthier peers, are subject to stigma and bullying and witness their parents worrying about how to pay the bills.

Marcus Rashford, the Manchester United footballer, knew all about growing up in poverty in Wythenshawe. His campaign to force the Conservative government to continue providing free school meals during the summer holidays demonstrated a clarity of moral action that the Eton-educated boys club are patently incapable of understanding. Not content with the success of his initial campaign, for which the young footballer was awarded a MBE, Rashford recently revived the campaign to counter the government’s cruel intransigence as the pandemic threatened to hit the poorest communities even harder in a second wave which began this autumn. He is now not only a football legend but a role model for kids like him growing up in poverty in Tory Britain.

Poverty is not simply an absence of material necessities; it also manifests in a lack of access to education, leisure and cultural activities – all of which are universal rights that should accrue to children as per the Convention. In poor households, however, there are fewer books, fewer trips to the local theatre, museum, swimming pool and so on. Having trounced the Tories with his popular Free School Meals petitions Rashford has now launched a campaign in collaboration with Macmillan Children’s Books to ensure every child can experience the all important joyful escapism that resides between the covers of a book. The Marcus Rashford Book Club aims to reach the 380,000 children across the UK that have never owned a book. Rashford makes no bones about talking about his own experiences of growing up in grinding poverty. He only began reading books at the age of 17 as his family had to make the stark choice between food or ‘luxuries’.

Children growing up in post-pandemic, recession-hit Brexit Britain will have many challenges as they face a shrinking job market, mounting debts and a future cut off from their European peers, denied the right to travel, work, live and fall in love across a union of what was 28 different countries. But with working class heroes like Rashford not afraid to take on the Tories we may yet witness a nascent politicisation of our youngest citizens who will be both the leaders and the voters of the future. If Rashford is wondering what his next campaign should be, I would like to suggest Votes at 16 which is well overdue in England and Northern Ireland, Scotland and Wales already having extended the franchise to 16 and 17 year olds in local government elections. Indeed, 16 and 17 year olds in Scotland were able to vote in the 2015 Scottish referendum but were subsequently denied a vote in the 2016 UK referendum on continued EU membership less than 10 months later. This anomaly only appears more perverse when one remembers that a substantial argument for continued union in 2015 was in order for the Scots to stay in the EU as part of the UK. The growing clamour for another Scottish referendum is a subject for another day but the cruel irony is not lost on young Scots.

A child’s right to participate in decision-making is enshrined in Article 12 of the Convention and is important as a fundamental right: it is a measure of human dignity that we are able to be involved in decisions that affect us. It is also a means through which other rights are realised. It is not possible to claim rights without a voice and a government that tries to silence or ignore its poor, hungry and disenfranchised would do well to look at youth movements, past and present, that have effected radical change. ‘Good trouble’, as practised by the late US Congressman John Lewis throughout a long life of unapologetic activism, is designed to direct attention to injustice, or to the shoddy foundation of the rules. Methinks Marcus Rashford is a very good and necessary trouble-maker for 21st century Tory Britain and I look forward to more virtuous mischief aimed at improving the lives of our poorest children and empowering them to become active citizens.

Left in the dark, left in the cold: why charities and social enterprises are worried about the replacement for EU funding.