Michael Gove is remembered by different people for different things. Some recall his infamous line, “people have had enough of experts”. 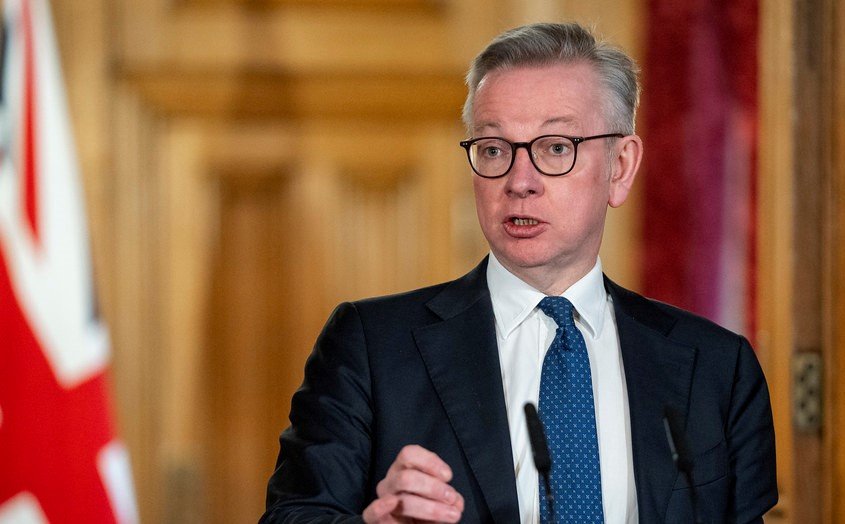 Michael Gove is remembered by different people for different things. Some recall his infamous line, “people have had enough of experts”. Some recall Gove’s removal of American literature from the English GCSE curriculum, meaning age-old traditions of reading anti-prejudice novels such as To Kill A Mockingbird and Of Mice and Men were slashed.

What a coincidence, then, that Michael Gove’s racist and homophobic comments (made rather proudly in the 1980s and 1990s) are now ones associated with his public image. These comments labelled the people in former British colonies “fuzzy-wuzzies”, and purported that gay people “thrive primarily upon short-term” relationships.

There was also a huge part of these comments that has escaped the headlines: Gove’s prejudicial, demoralising attitude towards northerners.

It is this part of the report, published by The Independent this week, Mr Gove said, during a Cambridge University evening debate, that Margaret Thatcher’s policies were a “new empire” where “the happy south stamps over the cruel, dirty, toothless face of the northerner”.

In 2019, Michael Gove told The Yorkshire Post that the North-South divide is “a very real thing”, and that “it is wrong that you should have an economic model which says that the most successful and talented people should gravitate towards London”.

Of course, views can change over time. But the comments made by Gove when he was an adult in the 1990s are ones most of us in the north would expect him to hold anyway. It’s not a surprise to us to hear a man at the heart of government say we are cruel, dirty, and toothless. And that’s an indictment on this government and Gove’s beloved Margaret Thatcher too.

The comments are repulsive when you really examine their context. Thatcher’s “new empire” is the only true part of what Gove said. Thatcher did create a new empire – one that was exclusively for the wealthy in this country, most of whom belong to the south. The new empire for the south was born by crushing an empire of industry in the north. That’s partially why Gove’s comments are so distasteful in the north.

Be it the shipyards in Newcastle, the mines of Gateshead and County Durham and far, far beyond, the way industry in the North East was crushed by Thatcher’s policies has been insulting enough. Never mind the knowledge that the current Chancellor of the Duchy of Lancaster and former Education Secretary has revelled in the suffering of thousands from our region.

The poorest in the country

These thousands became some of the poorest in the country – if they weren’t already – and the towns and cities left behind have become a shell of themselves. 19 of the 20 areas with England’s most deprived neighbourhoods are in the north, with Middlesbrough coming in at number one. In 2020, data revealed that the North East has seen the biggest rise in child poverty in all of the UK.

It’s not as though the North East is just unlucky, as Gove & Co. probably see it. The North East has been very specifically placed in this position ever since Thatcher’s war on the mines. 193,000 people lost their jobs by the end of their closure. Villages lost their hearts, and communities changed forever.

During the miners’ strike, families suffered the most, with reports in the papers of the day of mothers leaving their children at council offices, unable to provide for them with no income. The crippling of the industry crippled families, and has had a long-lasting impact still felt by the north today.

That Michael Gove labelled northerners cruel, dirty, and toothless, and boasted that the south stamped on our face is exactly what we’ve come to expect from those with wealth, private education and power. Thatcher taught us what they thought, and it has clearly rubbed off.

One thing about Gove’s comments on northerners, though, is its hypocrisy. His party has been begging for the votes of the north for years, with Boris Johnson spending hours touring engineering plants in his hi-vis jacket to appear more ‘relatable’ to us. It worked in Hartlepool and about 45 Northern constituencies at the last election, after all. The more this government pays lip service to the North-South divide, the more the so-called Red Wall will listen. At the end of the day, nobody really has paid any attention to us for a long time here.

So I hope that the Red Wall has been listening to what Michael Gove really thinks. Why? Because we all know it’s not just him who thinks it.

In 1995, Boris Johnson wrote in his Spectator article that working-class men are “likely to be drunk, criminal, aimless, feckless and hopeless”. He thinks the just the same as Michael Gove (who he was at university with) – they’re just smart enough to know where they can pull votes from.

Most northerners know that a huge portion of the country have negative views on us. Our accents are often a glaring giveaway for prejudice to ensue. People hear us and assume there’s nothing between our ears.

Nothing demonstrates this more than the investigation I worked on almost a year ago into prejudice towards northerners at Durham University, where we are a minority and privilege is the majority. Students testified to so much mocking, bullying, and humiliation that they dropped out, moved home, or stopped attending university commitments.

We may all experience this prejudice at some point; we may all have this feeling that others think we’re inferior – and we aren’t wrong. They do think it.

Michael Gove’s comments may be old, but they are still part of an attitude held widely today that began during Thatcher’s era.

Next time the Tories come to us, charging towards our ‘Red Wall’ in their blue armour, we should remember Gove’s comments and send them packing. We’re better off without them: the proof is in our history.

Cruella and how she came to power…

Cruella and how she came to power...