But where Blair errs is in his definition, or understanding, of ‘progressive’ politics; an understanding which enables him to equate the Biden administration (or, the not-Trump administration) with the cause of political progress. 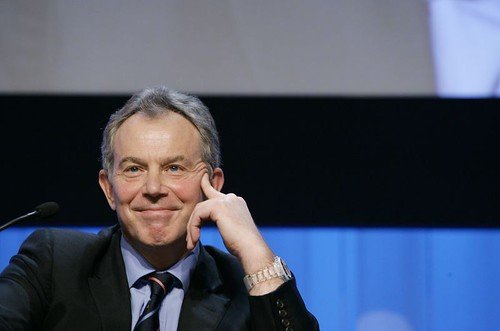 In a recent piece in the New Statesman, Tony Blair offered the warning, with sagacity and experience reminiscent of Graham Greene’s weary and hardened ‘whiskey priest,’ that “political parties have no divine right to exist”. But as with Greene’s reluctant martyr, Blair must be aware that everything so far as he is concerned has a divine right to exist: if one believes in the divine, with what other right could anything else exist?

It might be better to say that, as political parties are formed in response to given social and cultural forces, no party is guaranteed to exist at any given period in time, i.e. there is no divine supervision. The Brexit Party was unlikely to survive long after the event, nor is there any reason to suppose it could have existed in, say, 1927. And the forces that made the Communist parties so strong in the same period do not exist with the same intensity now, nor would we expect any reasonable person with a respect for the empirical to argue in favour of the divine right of Communist politics. Apply the same argument to Fascism, Nazism, Maoism, Stalinism, the SDP, the Federalists, the Independent Labour Party and the point is sufficiently made.

But what does not logically follow from this is that the principles on which a party is founded are equally mutable or destructible. The parties may be dead, but Communist principles certainly are not. And it is this fact that allows Blair to argue that Labour, and the Liberal Democrats, must adapt to survive. Those principles of the Left must be repackaged and resold as the true progressivism of our age.

But where Blair errs is in his definition, or understanding, of ‘progressive’ politics; an understanding which enables him to equate the Biden administration (or, the not-Trump administration) with the cause of political progress. For one thing, abandoning the people of Afghanistan, which will further weaken the central government and empower the Taliban, strikes one as more isolationist than progressive; and the sanctions imposed by Trump on Iran have been applied mutatis mutandis by the Biden administration. (Or simply left alone completely, which would be worse.)

The fact is that we live in a three-party society stuffed into a two-party system. Thus, when those periods of ideological flux occur on the Left, periods which are not just inevitable but inherently desirable for the cause of progress, the Conservatives remain as not just the sensible option, but the only one. And the cumulative effect is the descent of our political system into the form of a one-party state (guaranteed by the pseudo-monarchical nature of our parliamentary system and a sufficiently large majority). The rise of Thatcher required almost identical social, economic and cultural conditions we see today: civil war on the Left, a revolutionary shift in the jobs market, recession and the threat of inflation, the European debate. The question, as Blair seeks to answer in his piece, is this: Well, what are we to do?

He suggests a return to rationality and reason. One cannot but agree. And as he correctly points out “the battle is being fought on ground defined by the right because sensible progressives don’t want to be on the field at all.” Sensible progressives have ceased to exist; and one thing we must ask of intelligent people on the Left is that they not also be extremely silly. But what Blair does miss is that the centre ground requires, by definition, two oppositional forces for its creation; the ground to which he refers is defined by the average value of the distance between the extremes. And as the true Conservative desires intransigency as policy, it is the duty of the Left to drag the centre ground to a place in which most people will benefit from the return of rationality and reason during those periods of normal political warfare.

The progressives are in the field, aimlessly firing away. The problem is that sensible Conservatives also seem to have vanished, and the cherished centre, the refuge of rationality and reason to which Mr Blair alludes, has ceased to exist but as an abstraction. The notion that the solution to this is to return to the Blairite, technocratic, market-orientated centrism that directly preceded this era of political turbulence, is lacking in rationality and reason. It is an affirmation of faith. And the idea that this is progressive is just delusion.

In his timeless novel Fathers and Sons, Turgenev introduced the character Bazarov. A creature of pure reason and rationality, proudly describing himself as a nihilist, who recognises only the role of science in the search for truth, and as a method of organising and arranging human affairs; and rejects anything that cannot be established by rational methods. The character was an anathema to both the Right and the Left in an era of social upheaval and revolution in 1860s Russia: ideological rigidity has no place for the rational, for the notion of a scientific method, especially not in the affairs of politics. One liberal friend of Turgenev who had read the manuscript of Fathers and Sons told him to burn it, since it would compromise him for ever with the progressives.

And here we see the modern Bazarov in Blair, the man who sees progress only in utilitarianism, in the complete abandonment of any notion of universal human principles that cannot be deduced logically. An anathema to the Left and the Right. As Isaiah Berlin said in his lecture on Fathers and Sons, “the Bazarovs have won. The victorious advance of quantitative methods, belief in the organisation of human life by technological organisation, reliance on nothing but calculation of utilitarian consequences in policies that affect vast numbers of human beings.” The political chaos we see is the consequence of this victory: masses of human beings desperately searching for purpose, for gratification in a political system in which they have been taxonomized and ordered, as if they were figures on a balance sheet.

And so the focus of the piece is on the inevitable march of technological and scientific advancement, which only those sensible, progressive people of the centre can manage. Notably missing from the piece is any reference to the arts, any literary reference, or even any historical analogy beyond “The thinking of the new left radicals across the West – which is really the rediscovery of 1960s Marxist-inspired left policy by a new generation – is largely redundant to answering the challenge… politically they are mostly now museum pieces, lingering relics of outdated ideology.” As if his position were not the rediscovery of, say, 1860s Turgenev-inspired positivism; as if any of this generational conflict were somehow new.

Professor Huxley wrote that the “theme of Brave New World is not the advancement of science as such; it is the advancement of science as it affects human beings… the people who govern the Brave New World are not mad men, and their aim is not anarchy but social stability.” This is the progress of which Mr Blair speaks. Social stability at the expense of human nature, for the price of simply our creativity and our morality, all in the cause of the unending march of technological progress. This is not progressivism. The sooner the faculties of rationality and reason return to the true progressives on the Left, and to the respectable Conservative tradition, the better.

Asylum policies do not reflect our country's values