Grassroots for Europe, along with other pro-European organisations is very concerned about the new powers created by the Policing Bill. 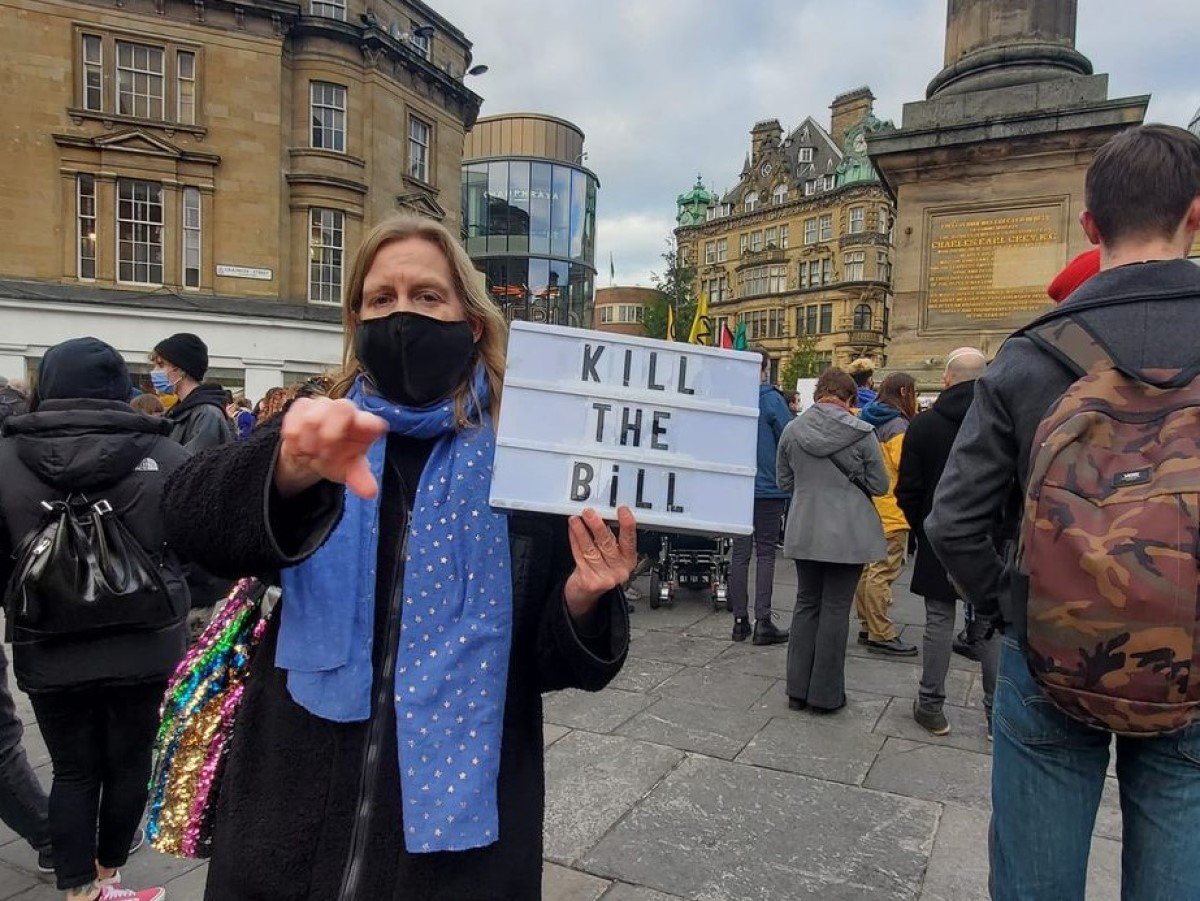 In April last year, Grassroots for Europe sent Harriet Harman QC MP, chair of the UK Parliament’s Joint Human Rights Committee, a letter signed by 83 local citizen organisations, setting out their concern that our future pro-European public campaign events may be among the intended targets of the draconian new police and ministerial powers created by the Police, Crime, Sentencing and Courts Bill.

This was just after the Joint Human Rights Committee had declared the Bill’s provisions to restrict and criminalise peaceful protest to be a violation of human rights, and had called for these parts of the Bill to be withdrawn.

Grassroots for Europe wrote at the time:

“We fear the ‘chilling effect’ of this legislation will deter ordinary citizens from taking part in future public demonstrations to hold government to account for the consequences of Brexit, and to call for a return to a more constructive relationship with our European neighbours.”

Grassroots for Europe is concerned that the Bill’s provisions of heavy prison sentences for non-violent public protests are “calculated to intimidate and deter” anything similar to the anti-Brexit protests which twice brought in million-strong marches to Westminster during 2019. The group said:

“We see the public order proposals of this Bill as part of a concerted assault by this government on constitutional democratic checks, including independent public service broadcasting, parliamentary scrutiny and judicial review.”

Grassroots for Europe is not alone among pro-European organisations in speaking out about the dangers of this Bill. In March, The European Movement UK and Best for Britain called for its withdrawal, pending an in-depth review after the pandemic:

“As long as laws are made in Parliament, then British people must have a legal right to protest them in Parliament Square. Democracy is not an ‘inconvenience’. Public opposition and dissent are among the hard-won rights that make our democratic system function… Seeking to limit noise levels so people cannot be heard, and preventing people from assembling outside Parliament so they cannot be seen – these are the words and actions of authoritarians.”

Not only at Westminster, but up and down the country, there are activists coming back on the streets to talk to the public about the failure of this government’s Brexit project. Campaigners should not be frightened off the streets by the threat of a ten-year prison sentence.

Noisy and disruptive protest has its rightful place in a democracy. A good example is that of Steve Bray and the protesters in Reading who recently spoke back to Nigel Farage during a BBC broadcast.

This noisy satirical protest stunt this week could well also become a criminal offence under the terms of the Police Bill.

Since April this Bill has been made even worse by the unpublicised addition of the sinister new power to ban named individuals from participation in any form of protest activity. As long as government continues to assault our democracy, rights and rule of law, pro-Europeans will stand with the vast alliance of civil society voices, campaigns and campaigners which has now mobilised to fight the current epidemic of dangerous, arbitrary, authoritarian legislation (among which should also be mentioned in particular the Elections Bill, Nationality and Borders Bill, and Judicial Review and Courts Bill) which now threatens us all.

Grassroots for Europe was founded in 2018 and speaks for local pro-European campaigning groups across the UK. It has organised many events and written on behalf of up to 200 groups to the European Commission, the European Parliament, UK parliamentary committees, UK party leaders and President Joe Biden.