Farida Saidi documents the agonising detail of this political and personal saga on her blog Prayer and Science Tanzania, from the perspective of a Tanzanian living abroad. 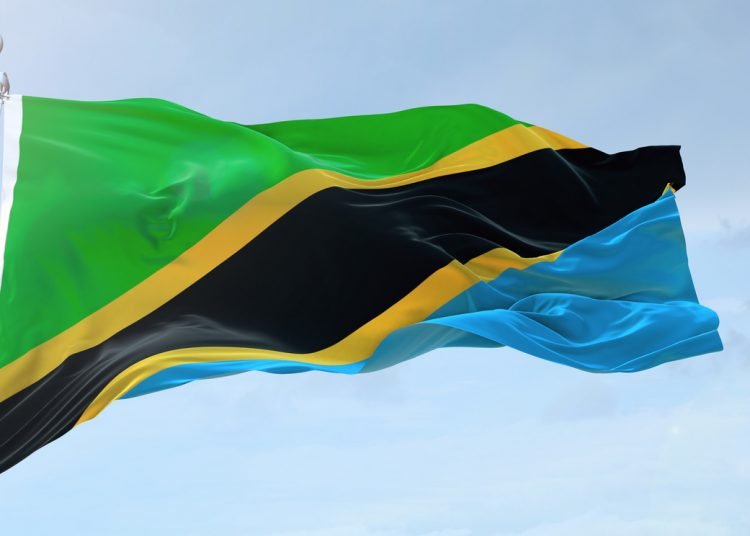 While in the UK we are now learning about ‘variants of concern’, I wanted to write about a ‘country of concern’: Tanzania. I’d argue that this is no time for a Disney vision of the majestic African wildlife. People there are in danger from the global pandemic.

In this week of celebrations, on a day when the Royal Family are marking Commonwealth Day with a televised celebration, the Tanzanian flag featured prominently behind Prince Charles during his address. The Queen’s speech focused on the difficulties all countries have faced due to the coronavirus, and the value of working together. So what’s the problem?

In the early stages of the pandemic, I heard from people in Tanzania that coronavirus didn’t seem to be a problem there. Perhaps Europe’s ageing demographic and colder climate were simply acting against us, while countries elsewhere were less affected.

I was however slightly unnerved by a friend’s comment that local herbal remedies were always available, should coronavirus become a problem in Tanzania. But who was I to judge a country which does not have the luxury of such extensive, free healthcare as we do in the UK?

Indeed, Tanzanian President John Magufuli claimed in June 2020 that only four people were ill with Covid-19 in a country of nearly 60 million people. More recently, the World Health Organization’s figures for 2 March 2021 show no new deaths from coronavirus in Tanzania over the past seven days and just 21 cumulative deaths overall.

How has Tanzania achieved this? For comparison, South Africa has a similar population size. The same recent WHO figures show South Africa has seen 1,001 new deaths in the last 7 days, and 49,941 cumulative deaths.

It would be reasonable to expect a similar number of deaths from coronavirus in Tanzania, but in fact the country’s government stopped reporting statistics for new cases and deaths in May last year.

Is there a spiritual aspect to the Tanzanian approach? Magufuli has described the virus as “the devil”. In mid-March 2020 he ordered three days of national prayers against it. He claimed in May that prayer had stemmed the tide of coronavirus, only four days after the US Embassy said many hospitals were overwhelmed.

In 2020, President Magufuli cast doubt on the few positive test results obtained, saying that a papaya and a goat had both obtained positive results when tested for coronavirus. Wearing masks is also viewed with suspicion, as seen when Finance Minister Dr Philip Mpango – rumoured to have been treated for Covid-19 – coughed and spluttered his way through a press conference with no face covering. The official line is ‘Hakuna Covid hapa’, it doesn’t exist here.

If I have doubts about this approach, do they stem purely from my western perspective on the pandemic? President Magufuli would like you to think so. He told Tanzanians at the end of January 2021:

Tanzania currently has no plans to procure any Covid-19 vaccine, and is not on the list for vaccine distribution through COVAX, the international initiative to ensure equitable access to vaccines. The WHO’s Africa director Dr Matshidiso Moeti politely objects: “Vaccines work and I encourage the [Tanzanian] government to prepare for a Covid vaccination campaign”.

At a recent press conference, Tanzanian Health Minister Dr Dorothy Gwajima instead demonstrated making a smoothie including ginger, garlic, and lemons as well as a home-grown herbal steaming process. She does also advocate washing hands, sanitising and staying healthy. Although the WHO says it welcomes innovations based on traditional remedies, it wants scientific evidence before it will back their use.

Meanwhile, some opposition politicians in Tanzania have raised concerns. Videos circulating on social media claim to show secret night burials, suggesting the true extent of disease is being deliberately obscured.

There are certainly people – including Tanzanians – who advocate a different stance to the government. For example, Maria Sarungi Tsehai has blogged about what she terms Covid-19 madness and appealed for Tanzanians to log relevant data through an online form provided by Change Tanzania.

As for the spiritual aspect, even the Catholic church has spoken out after 60 nuns and 25 priests died in Tanzania in the last two months after having symptoms of coronavirus. Father Charles Kitima, secretary of the assembly of Catholic bishops, said the Covid-19 threat was real. He told a press conference “People are not tested. That’s a big challenge. The church has about 500 health centres across the country but we are not allowed to test and we don’t have the equipment to do so”.

Farida Saidi documents the agonising detail of this political and personal saga on her blog Prayer and Science Tanzania, from the perspective of a Tanzanian living abroad. In one post, her joy that President Magufuli acknowledged Tanzania had a Covid problem was soon dashed by his subsequent mixed messages and over-reliance on another three days of prayer. She supports both prayer and a scientific approach, explaining that clear Covid-19 symptoms are still being explained away as “pneumonia”.

In an interview this weekend, Farida told me about Zanzibar’s first Vice President, Maalim Seif Sharif Hamad, who died in February. He was only the second person to have publicly revealed a positive coronavirus test since President Magufuli declared Tanzania free from the virus in April 2020. As further evidence of how controversial the topic is, Tanzanian news outlet The Citizen stated “The cause of death was not made clear, however, on January 31 he was reportedly hospitalized […] in Zanzibar after he allegedly tested positive for Coronavirus.” (bold added for emphasis).

On a personal level, in December and January Farida started noticing “constant messages” on her community WhatsApp group announcing that people had died: “It’s getting really bad”. Twelve people she knows of in her circle of friends and family have died between January and the first week of March, including her father, uncle and cousin. Adding to the family’s distress, her brothers ended up having to act as undertakers for their own father, when people in the community were “terrified” of the virus and therefore reluctant to adopt their usual roles in the funeral. Farida believes the lack of firm knowledge about coronavirus among the general public in Tanzania is fuelling this fear. There are clear, practical reasons why open, honest statements from the Tanzanian authorities would improve people’s lives – and deaths.

Farida Saidi explained how she has been writing to her MP and campaigning in the UK to raise awareness of the Tanzanian situation. She was sad that, despite the US Embassy speaking out more than once, the British High Commissioner to Tanzania does not appear to have raised concerns. Farida was further dismayed that, when the UK Foreign Secretary Dominic Raab visited neighbouring Kenya in January, he did not appear to mention Tanzania. This despite his statement: “We are committed to bringing the best of British expertise to the region, defusing tensions, doing business with integrity and forging strong partnerships on health, climate and other global challenges.”

Farida also learned of a question tabled in the House of Commons. In response, James Duddridge for the government stated on 25 January 2021:

“We are concerned that the Government of Tanzania has not released any information on the numbers of COVID-19 cases and deaths since 29 April 2020. The British High Commission in Dar es Salaam continues to engage with the Government of Tanzania to encourage greater transparency. We are supporting measures to reduce the spread of COVID-19 and to protect those living in and visiting Tanzania. This has included using radio stations to put out messages on hand-washing and social distancing, through our sanitation and hygiene campaign managed by the London School of Hygiene & Tropical Medicine.”

The UK certainly used to pride itself on its international diplomacy. Does the above approach sound sufficient, given the dire situation which appears to be unfolding?

The UK also used to pride itself on wielding soft power appropriately, to help bring about change. Will the Royal Family’s warm words encouraging the Commonwealth to pull together have a measurable impact on Tanzania?

Can Hartlepool keep its "Angels' Share" of steel fabrication jobs?