The Grim Reaper held a scythe which read “No Deal will be the death of us.” 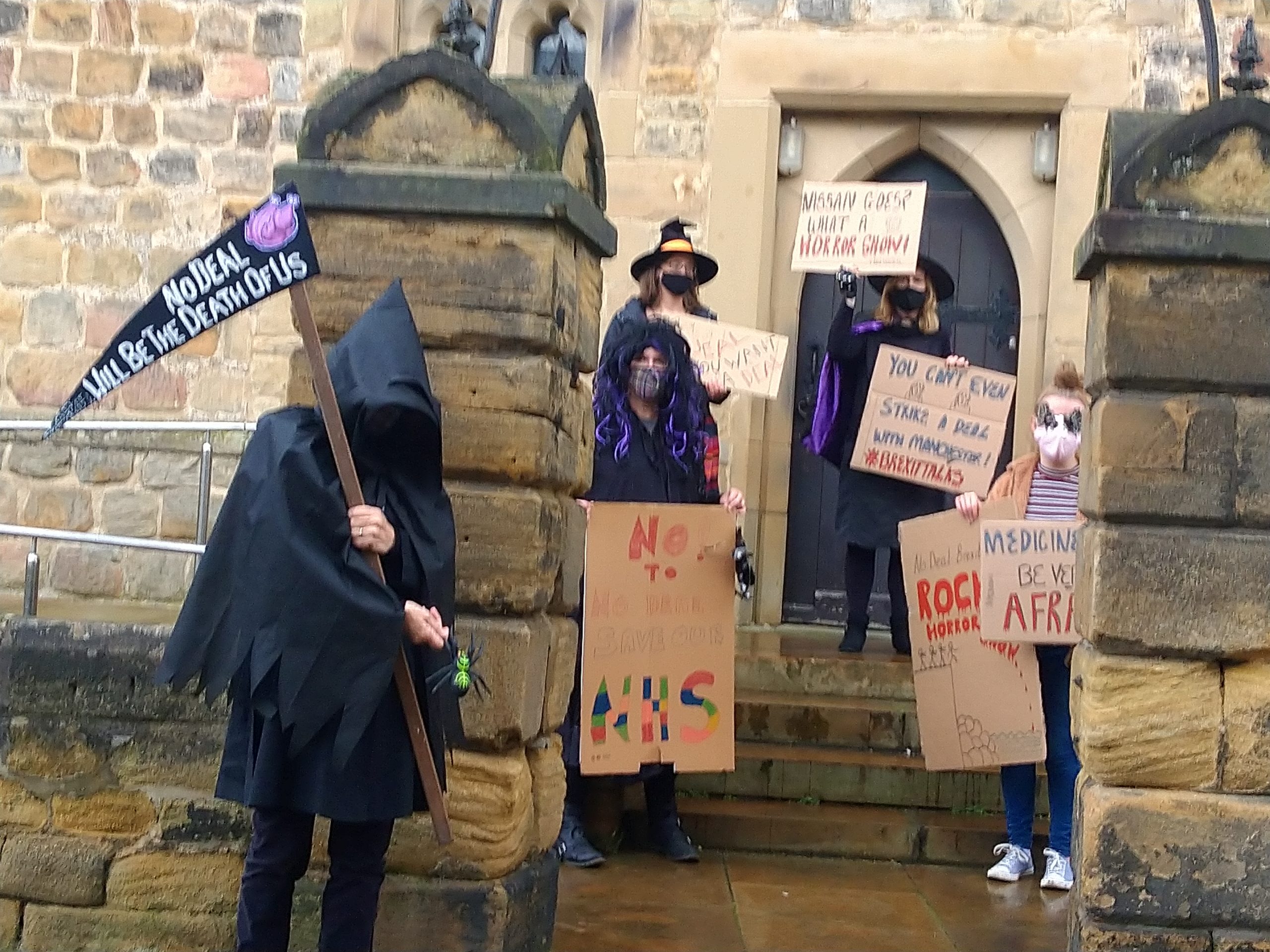 Local residents from the North East called on the government today to reject a No Deal Brexit which would immensely damage the region’s economy. This was at a socially distanced protest outside the Old Gaol in Hexham town centre.

Protestors, dressed in Halloween costumes held placards with messages such as “Nissan goes? What a horror show”, “Medicine delays – be afraid” and “Squeal if you want a deal!” The Grim Reaper held a scythe which read “No Deal will be the death of us.”

“Boris Johnson announced on Friday that trade talks with the EU are over, making a No Deal Brexit far more likely. The North East stands to be the worst affected by a No Deal Brexit. The protest therefore, has a Halloween theme to highlight the horror show that will be unleashed on the region if we crash out without a deal. We urge Boris Johnson to honour his promise to level up the North East by securing a good deal.”

There are plans to hold similar protests in other parts of the North East in the coming days.

The Lords of Misrule

The Lords of Misrule