Scott Hunter reflects on the first year of North East Bylines. It shouldn't have worked but it did! Happy Birthday NE Bylines! 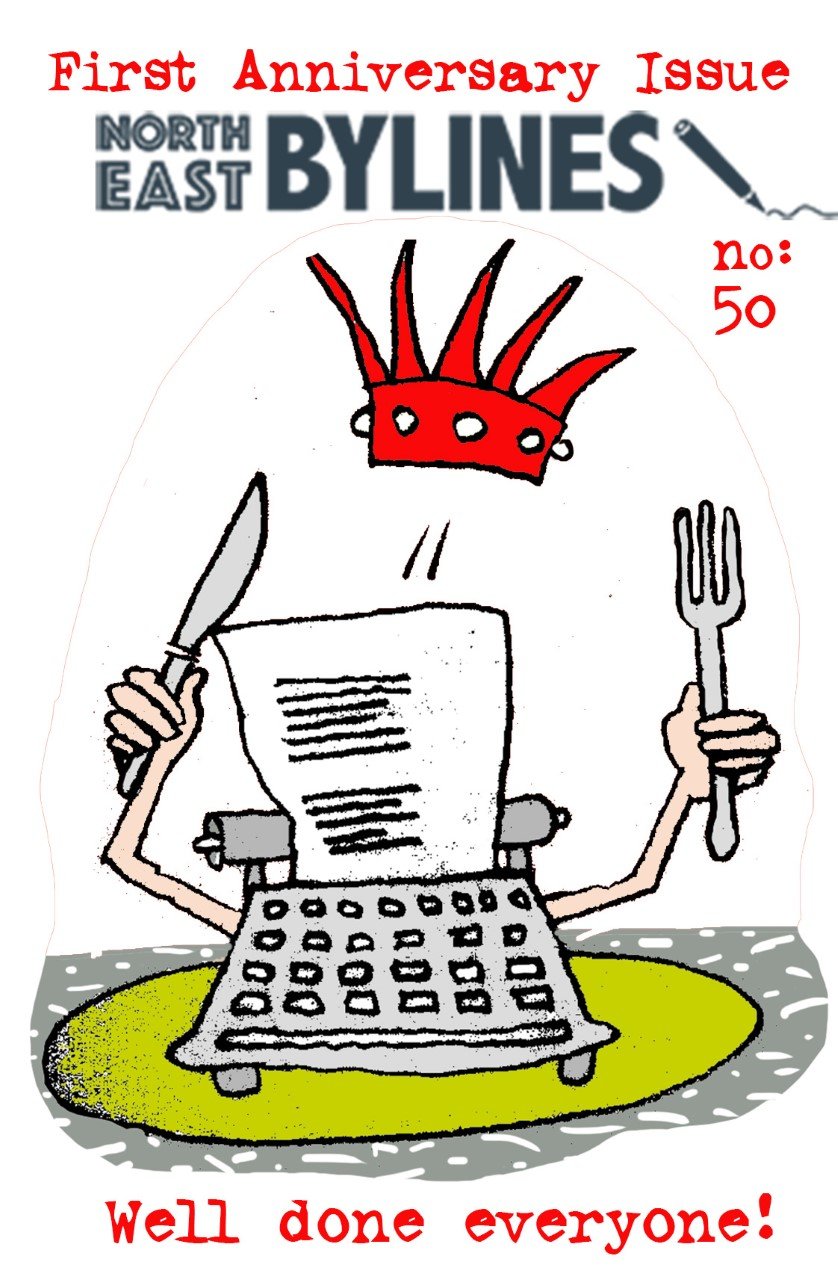 North East Bylines is a project that should have failed – the media environment is a brutal one, and it can be difficult to make one’s voice heard above the clamour. It needs people who are prepared to commit to it, who won’t take ‘no’ for an answer’ and are prepared to work week-in-week-out to ensure that every edition appears on time and attracts an audience. As it turns out, that’s what it got.

So now, contrary to expectation, North East Bylines is alive and well and celebrating its first birthday. The secrets of its success? Well, here’s a selection.

One shrewd editorial policy at the outset set the tone which was that, while those involved in setting up the project shared an interest in politics, North East Bylines was interested in everything. No boundaries were set on the scope of its content. As a result, Bylines publishes a range of material much more diverse than any regional newspaper: poetry, international affairs, profiles of local sporting legends, it’s all in there.

Key to it is that everyone involved in the project is amateur.  That gives Bylines its diversity.  It also gives it its politics and its vitality.  It has precisely that quality that is lacking in the increasingly sterile regional press in this country; the dead hand of the sub-editor.  At Bylines what’s on the agenda is largely determined by its contributors, and that’s accepted by everyone involved.  The stories that come out are the stories that matter precisely because someone has taken the trouble to write about something that matters to them.

Of course, there are regular emails saying ‘would anyone like to write something on any of the following?’  sometimes there’s a ‘yes’, and sometimes there’s a silence in response, (and occasionally there’s prompt regret when you realise that you’ve just committed to listening to endless hours of evidence at a parliamentary scrutiny committee).

It’s not just the writing that’s the work of amateurs, editing and compositing is also done by volunteers. Bylines is a wholly digital publication, so someone has to format the articles and upload them. In any other newspaper this would hardly merit comment, but at Bylines some of the volunteers who do that work went to school before the pocket calculator was invented.

Developing a website that even those people can deal with is a work that is the product of immense attention to detail. Those people are the better for it (as it means that they are able to cope with the pressures of life in the 21st century) so the genius of David Hardman, the architect of the site, must not be allowed to go unacknowledged.

Editorship and the art of diplomacy

None of this would result in a weekly publication, however, were it not for the fact that at its centre is someone who does a) the hardest job, and b) more work than anyone else, which involves coordinating all of the work, and ensuring that each edition actually sees the light of day on time. That person, Yvonne Wancke, is also a volunteer, and a diplomat, and probably an insomniac.

Because what ultimately has made North East Bylines the success it has become is hard graft. Lots of us pitch in, but on its first birthday we must acknowledge that it is owing to the dedication, tireless effort, and the skills of persuasion of its editor, that North East Bylines won’t go away. So, thanks for that.