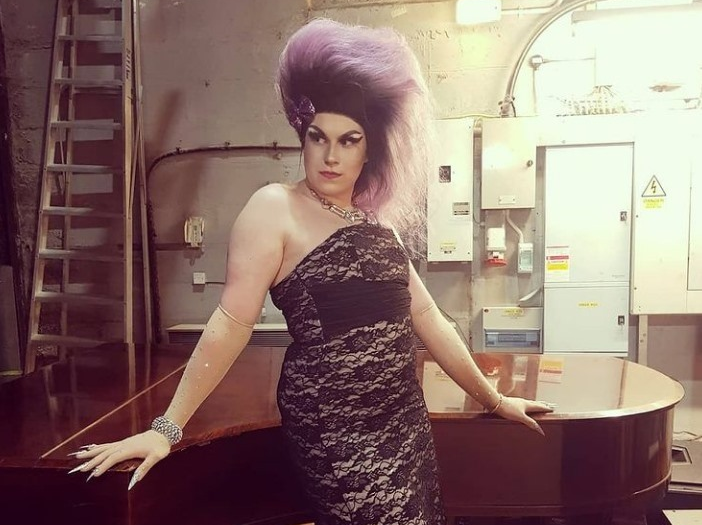 Photo supplied by Celeste St Clair and used with permission

Tonight I had the absolute pleasure of meeting Celeste St Clair from Hartlepool who is a finalist in tomorrow’s Miss Drag UK. Celeste is hoping to bring back the title to her hometown.

I asked Celeste to tell me about tomorrow’s event.

Celeste explained that it was filmed in March this year following government guidelines. All of the finalists were filmed as if they had won…and as if they had lost! They filmed eleven crownings! Sounds stressful!

They have some beautiful photos that they can’t use yet. Hopefully these will be available tomorrow.

Celeste is very excited and enthusiastic about the finale and has had some amazing positive feedback and support from people in the area. They are excited about Celeste bringing the crown back to Hartlepool. The feeling is of being part of something so much bigger. And that is saying something when Celeste is seven feet tall!

I asked Celeste how she had got into drag in the first place.

“I started doing drag before I knew what drag was. I started with Cosplay and playing different characters.“ This was in comic conventions around the country. Celeste began to include female characters from 2016 and included a Pokemon character (Jessie from Team Rocket).

The excitement tonight is palpable. It was great to meet Celeste and I wish her all the very best for tomorrow’s finale.