Julia Mazza investigates the storm around a possible plan for nuclear waste management in Hartlepool and a council civil war. 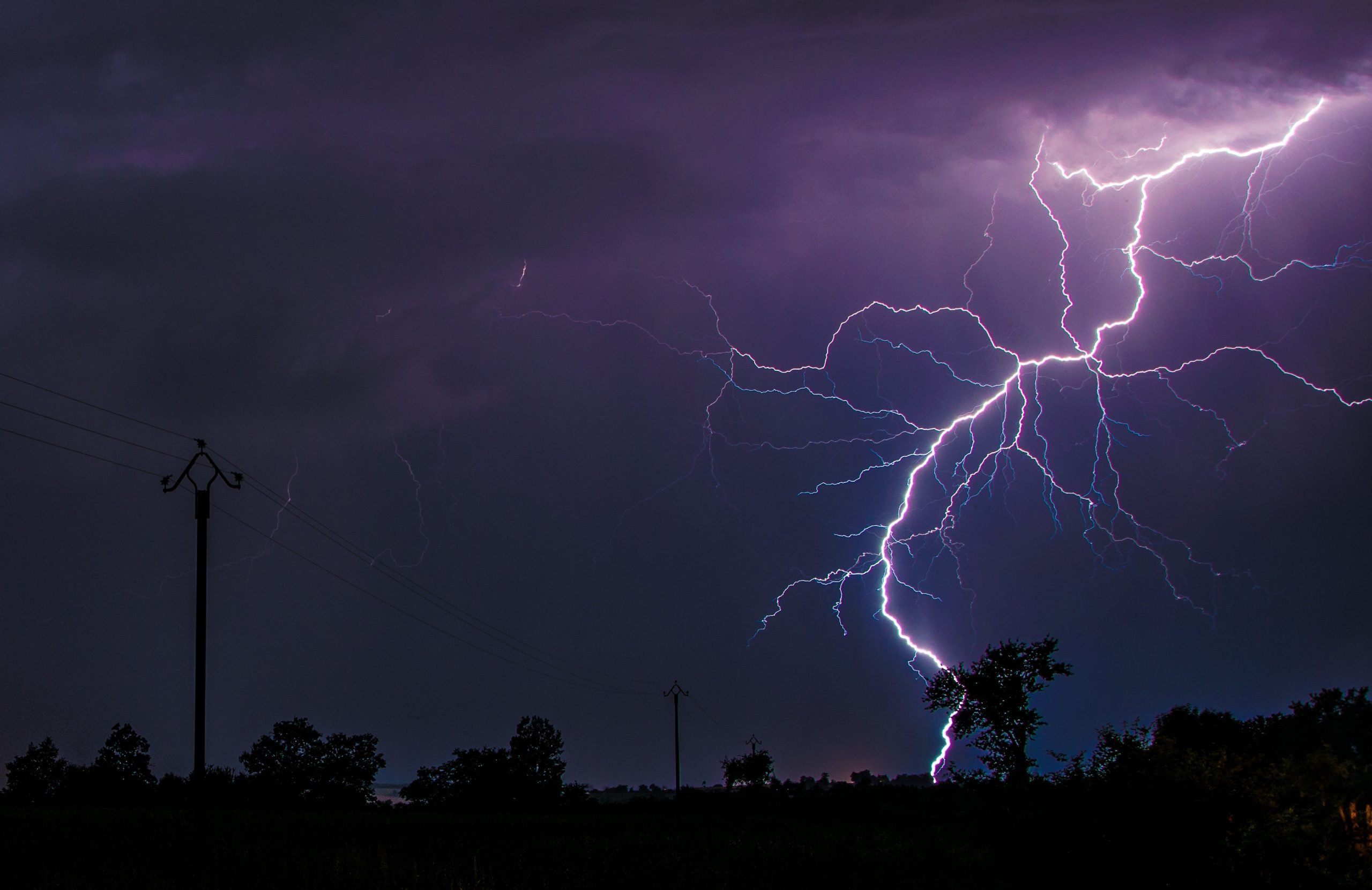 Photo by Alexandre Bringer from Pexels

August is the silly month, with the press scrabbling for copy to fill column inches left empty by the political recess. It is the perfect season for Tees Valley Mayor Ben Houchen, sultan of spin, to create a “secret radioactive waste dump” conspiracy theory. In eleven August days, he accused Hartlepool Labour Group, smeared a local charity, ousted the town’s Tory Deputy Mayor and kicked a proposed nuclear waste site into the long grass. And came out of it smelling of roses.

This was trial by facebook. On 6 August, Houchen posted that a secret meeting had taken place between Hartlepool’s Labour Group councillors and a local charity The Wharton Trust, that plotted to install a nuclear waste dump in the town.

“I hope this isn’t a stitch up in secret to bring a highly dangerous nuclear waste dump to Hartepool”,  he posted, “..the longer [Labour] are silent the more it says about their position.”

Houchen had the support of Council Leader Shane Moore who like Houchen claimed he was unaware of the proposal.

A Labour representative replied that they had a ten minute presentation about the proposed radioactive waste disposal project from the charity’s representatives during their Group meeting, after which the Wharton Trust was told that more information was needed. The Group said they had no idea of the subject matter before the meeting and stressed that the Tories who run the Council already knew about the proposal.

A statement followed from Conservative Deputy Mayor and Deputy Leader Mike Young, admitting he had been involved in the proposal. Young became a new target for Houchen’s salvos. In response, Young resigned his posts.

Houchen then claimed he would weed out anyone who had discussed the issue, regardless of their political stripes.

His attacks immediately raised suspicions. Back in 2019 Hartlepool Council, then controlled by Labour, had rejected the idea.

Nowadays, how could a minority Labour Group hatch a nuclear waste plot in a town with a Tory-controlled Council and Tory MP, Mayor, Metropolitan Mayor, and Deputy Leader plus an Independent Leader who was formerly Conservative before joining UKIP?

The facts about possible nuclear waste management in Hartlepool

So what are the facts behind the row?

Britain like every other country with nuclear power has a problem: how to dispose of its radioactive waste. Exporting the toxic material is now illegal, so the originating countries have to find a way of storing it at home.

According to Steve Reece at Radioactive Waste Management (RWM),  the government organisation tasked with finding the site for a Geological Disposal Facility (GDF), a national survey found that among other locations the geological terrain under the south part of Hartlepool might be a suitable place for underground storage. The sealed material would be buried 200 – 1000 metres underground and extend under the seabed.

The programme, decided under the Tory Government in 2017 and launched in 2019,  copies successful procedures in other countries. The key is the requirement for host community consent. Local groups are invited to approach RWM to have their location assessed after a non-binding and confidential “Initial Discussion”.

A Working Group is then formed of community representatives. The next stage, Community Partnership, involves a long-term local consultation while the site is scientifically evaluated, and the area receives £1 million a year regardless of the outcome, for local projects. The Wharton Trust would be eligible to apply for funds.

The consultation period ends with a local binding referendum, residents weighing a disgust of nuclear waste with the promise of long-term jobs and business rates. In Hartlepool, the advantages could replace the benefits of its soon to be decommissioned nuclear power station.

Other parts of the country

The government disposal programme has sparked protest elsewhere. In Lincolnshire, the Conservative local MP Victoria Atkins claims the Tory-controlled county council had concealed their contacts with RWM from her.

There are now two working groups in the country, at Allerdale and Copeland in Cumbria. Their county council refuses to be involved. Hartlepool did not reach the working group stage.

But nowhere other than Hartlepool has a leading politician launched a series of accusations to cut the programme off at its roots.  It seems the RWM protocol of initial confidentiality rendered their proposal vulnerable to a Metropolitan Mayor with a facebook account and the hubris of Ozymandias.

To get to the truth behind the Hartlepool row we researched a timeline from published and leaked documents, and conversations with RWM and councillors. Time periods rather than dates are given where the information imprecise.

14 March 2019.The Hartlepool Mail reports that the initial national survey has identified Hartlepool as a potential GDF location.

15 March 2019. Officials at Hartlepool Council – then under Labour control- announce that they have no plans to talk to RWM.

July to September 2020.  Assisted by Mike Young, The Wharton Trust contacts RWM who register the charity as the local Interested Party.

Young also sets up a meeting between the charity and Hartlepool Borough’s Managing Director, Denise McGuckin.

Early 2021. RWM calls Denise McGuckin to inform her of their discussions with the Wharton Trust.

14 July 2021 The Wharton Trust emails Ben Houchen with a formal notification requesting a meeting and confidentiality.

16 July 2021. Houchen replies to The Wharton Trust email and requests a meeting. The charity replies with details of availability but Houchen does not respond.

6 August 2021. Houchen emails the Wharton Trust to request a meeting. The trust responds again with availability but hears nothing more.

6 August 2021. Houchen makes a statement on facebook accusing the Labour Group of a secret meeting with the charity to plan a nuclear waste dump in the town. He is supported by council Leader Shane Moore who claims total ignorance.

6 August 2021. Houchen posts a copy on facebook of the 14 July email from the Wharton Trust (with its date removed) using it to claim that the charity demanded secrecy.

11 August 2021. In a statement on the Hartlepool Conservatives facebook page, Young admits to facilitating meetings between the charity and Denise McGuckin and RWM.

17 August 2021. Young announces his resignation from his roles as deputy mayor and deputy leader.

The timeline shows that Houchen knew about lobbying for the project at least three weeks before the Labour Group meeting, if not longer, and that he too had requested a meeting.

If Denise McGuckin was formally notified, are we to assume she said nothing to the council’s Independent Leader Shane Moore who is also Houchen’s Deputy Mayor at Tees Valley Combined Authority?

Are we to believe that Houchen knew nothing about Young’s involvement in the project?

A conclusion to draw from our timeline is that Houchen deliberately targeted the Labour Group with a series of false statements about his own knowledge of the project and Labour’s intentions.

But was Labour the main target?  Several theories are doing the rounds.

Is Houchen providing a dead-dog PR diversion from news that Stobart has withdrawn from involvement in his beloved Teesside International Airport?

Or is the debacle merely the arrogance of a politician with a 73% majority who bullies politicians considering  a project that is not in his game plan?

Alternatively, some think that the affair was a way of removing Mike Young from power. Young is a marmite character whose behaviour annoys many in the Council Chamber. As Planning Committee Chair, he recently refused to schedule meetings outside working hours – councillors, he claimed, should give up their day jobs.

Or could the affair be a sign of the widely-rumoured power struggle within the Conservative- Independent coalition? In the rush to form an alliance the day after May’s Council elections, the Tories offered committee places to the Independents in return for their loyalty. The outcome is that now the Independents, although junior coalition partners, chair more committees than the Tories.

The vast majority of Tory councillors are newly-elected. Old-school Mike Young has more allies among the Independents, especially those he’s in business with.

A denial of democracy?

Regardless of the reasons for it, we have a possible first: a Metropolitan Mayor interferes to oust a senior local politician of his own party. He vows to “hold to account” politicians of any political hue who disagree with his policy line. His actions deprive Hartlepool residents of even contemplating a democratic discussion and people’s vote on the radioactive waste proposal, in the interests, he claims, of protecting them. In so doing he sacrifices the reputation of a local charity on the High Altar of PR.  Whatever the issue, the denial of democracy is the most concerning.

We reached out for clarification and comments to Ben Houchen, Shane Moore, and Mike Young but none replied. Ms McGuckin declined to comment. The Wharton Trust is not making press statements until they have spoken to all councillors.