Hartlepool’s storm in a nuclear teacup

A war of words has broken out in Hartlepool about early discussions on a possible offshore radioactive waste storage facility. 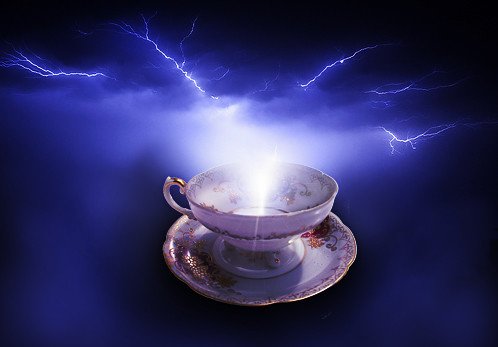 A war of words has broken out in Hartlepool about early discussions on a possible offshore radioactive waste storage facility. Material in the Geological Disposal Facility (GDF)  would be stored one kilometre below the surface in concrete containers.

“I have recently become aware of a secret meeting to push plans forward for nuclear waste dumping in Hartlepool. I’m told the meeting took place between Sacha Bedding, Chief Executive of the Wharton Trust charity, and representatives from the Labour Group on Hartlepool Borough Council to test their appetite for the project.”

He continued: “This stinks!…I hope this isn’t an attempted stitch up in secret to bring a highly dangerous nuclear waste dump to Hartlepool “.

“When I first heard of it I made my views very clear about this damaging project and how against it I was,” she said.

“Finding out that these discussions have since taken place I am shocked and angry. I fully support Ben Houchen in this”.

Another attack on the embryonic proposal came from the town’s Council Leader Shane Moore, currently of the Independent Union, formerly of UKIP and the Brexit Party. He is also Houchen’s Deputy Mayor at Tees Valley.

Moore proclaimed: “I want to be absolutely clear with residents that I do not support Radioactive Waste Management’s (RWM) proposal to create a site for the disposal of nuclear waste here in Hartlepool.

“I am not prepared to be the council leader that started the ball rolling to turn my hometown into the nuclear waste dump of the United Kingdom and frankly I don’t care how many pieces of silver are being offered.”

Why approach Labour in Hartlepool, a Tory-led council?

Fighting talk but it begs the question: why would anyone approach only Labour councillors over a controversial plan, when the Labour Group has no influence in the Tory-led Council?

The Labour Group deputy leader Councillor Jonathan Brash told Teesside Live that there was a ten minute presentation in a two-hour on-line meeting in July. He said the Wharton Trust had approached the group to discuss a long term project they knew nothing about before the meeting.

Councillor Brash added, “We didn’t make any decision to support the proposal. We haven’t decided to do anything with it, we just listened and that’s it”

The Conservatives were approached earlier

He also said Houchen was previously approached about the issue.

“We understand that Mr Bedding has previously also approached senior figures in Hartlepool’s Tory controlled council to discuss this matter”.

“In light of recent events and unfounded accusations directed at Hartlepool Labour Party by Tees Valley Mayor Ben Houchen, Hartlepool Labour has come into possession of evidence indicating that senior Conservatives in the town have been negotiating and facilitating meetings regarding Hartlepool hosting a nuclear waste facility since September 2020.”

Both Conservative and Labour camps have filed Freedom of Information requests with the Council for more details.

It turns out that the Tories’ involvement is true, as Deputy Mayor, Conservative Mike Young, confirmed in his statement.

“I can confirm that I was approached by Sacha Bedding, CEO of the Wharton Trust regarding the government’s Radioactive Waste Management Plan. Mr Bedding presented a scheme of jobs and investment for the town, which he assured me would lead to a binding people’s vote at the end of a long-term research project of potentially ten years….

“I can confirm that I absolutely did facilitate meetings with Hartlepool Borough Council regarding the research project, despite my personal apprehensions regarding any kind of waste storage site in Hartlepool…

“I share the views of Ben Houchen Tees Valley Mayor and Jill Mortimer MP for Hartlepool and agree with the concerns they’ve raised.”

Another attack from Houchen

Another attack came from Houchen, this time at Young, his Conservative comrade:

“It is hugely disappointing to hear that Mike Young has been trying to facilitate meetings and conversations about the disposal of nuclear waste in Hartlepool for an extensive period of time. It’s equally concerning that his admission has only come following my bringing this to the attention of the public…

“Since exposing these clandestine meetings, it has been brought to my attention that Mike Young may have deceitfully tried to misrepresent my position on this matter to a number of third parties to try and gather further support for this project.”

In a statement Sacha Bedding of the Wharton Trust said,

“Since Hartlepool is already proven in this field and is about to have its nuclear power station decommissioned and with it a third of our economic footprint, having a sensible, informed and factual conversation about the pros and cons of hosting a GDF makes complete sense.”

The row leaves us asking: what exactly were the talks about? And how is a charity involved? North East Bylines sought an explanation from RWM.

RWM is not privately-owned but an Arms Length Organisation subsidiary of the government’s Nuclear Decommissioning Authority, tasked with developing sites for nuclear waste disposal. Part of the programme,  launched in December 2018, is the Working With Communities policy. Usually with a Nationally Significant Infrastructure Project no local consent is required. But the siting of GDF’s in England and Wales must be a consent-based process, as decided by Parliament.

The Wharton Trust registered as an Interested Party to request RWM to assess the Hartlepool site.  If the location proves to be scientifically viable,  a Working Group is formed, part of which is a formal Community Partnership involving community representatives and at least one local authority. The idea is to engage in a thorough discussion with the town.

During the public consultation period, which would take several years, £1 million annually would be donated to community projects simply for having the conversation and regardless of the outcome. The projects would be decided by the Community Partnership. Hence the initiative by the Wharton Trust, whose concerns include job creation as well as feeding deprived children.

At the end of the consultation period a Test of Public Support is required, probably through a local referendum.

The multi-billion pound investment, if agreed, would create hundreds of long term jobs.

In a statement, RWM’s head of siting Steve Reece commented, “We remain open to talking about this project and the great opportunities for a host community – but we would not be pushing the project if there is no local appetite “

Congratulations to GCSE students in Newcastle Central from Chi, MP

Congratulations to GCSE students in Newcastle Central from Chi, MP