Albrecht Rothacher argues that the Russian experience of invading Ukraine has caused China to rethink its militaristic intentions regarding Taiwan. 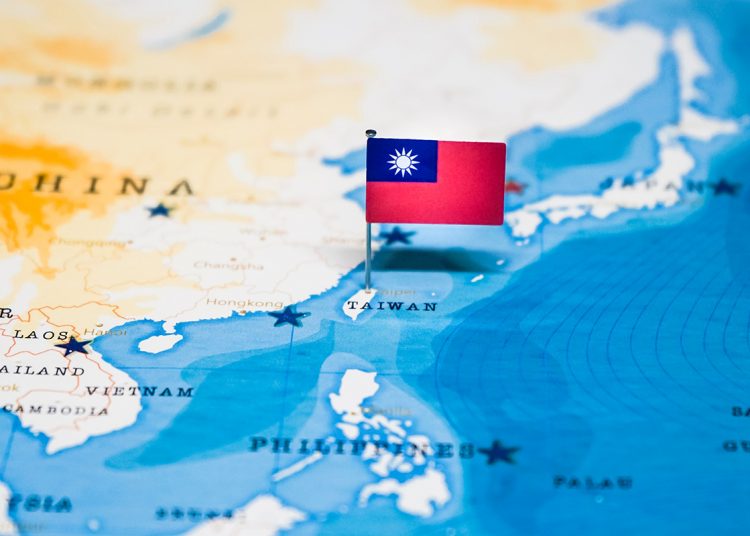 We don’t know exactly what fellow dictators Xi Jinping and Vladimir Putin discussed during the opening of the Beijing Winter Games in February 2022. But it was very likely to have focused on the perceived weakness of the West, and the USA under Joe Biden in particular. The American withdrawal from Kabul in September of last year was shambolic. It must have tempted both into thinking that the time was right to ‘liberate’ and bring home two (reluctant) brother peoples: 52 million Ukrainians and 24 million Taiwanese.

A matter of days after the end of the Games, Putin gave his order to invade Ukraine. The result has been a worldwide event with no end in sight. Yet, Chinese plans regarding Taiwan have not (yet) materialised.

There is no end in sight for Putin’s invasion of Ukraine, but Chinese plans regarding Taiwan have not materialised. Why?

That is not to suggest they don’t exist. On the contrary, one can envisage several measures ready and waiting to be activated. The mining and blockade of the main port of Kaohsiung in the south to cut off the energy and raw material supply to the island; the blocking of Taiwan airspace; rocket fire from the hundreds of medium-range weapons stationed on the Fukien coast; and an amphibious invasion across the Taiwan Straits.

Chinese fighter jets regularly violate Taiwan’s airspace. The Chinese coastguard and armed fishing vessels (so-called ‘sea militias’) do the same to its sea borders. These actions have generated fears of an imminent attack.

So why has it not (yet) happened? The answer may well lie in the Russian experience of invading Ukraine.

The Chinese are not alone in their surprise at the fierce and brave resistance of the Ukrainians. Especially notable is Putin’s assumption that a few battalions would suffice and that he would be welcomed in Kyiv as a denazifying liberator. The Chinese are aware that the resistance of the Taiwanese could be tougher than expected. It could also be of a different order to that experienced in Hong Kong, which has been brought into line, following some initial difficulties.

The prospect of sanctions

In addition, the harshness of Western sanctions on Russia and the unity of Europeans (who are having to bear most of the costs) has been a surprise. The simple fact that Putin’s emergency hoard of $640 billion in gold and foreign exchange could be blocked with the stroke of a pen has set off alarm bells in China. Chinese billionaires do not spend their money on yachts, castles, luxury villas and chalets abroad like Russian oligarchs do. However, they and the state-owned companies have a huge amount at stake. They have investments in industrial holdings, company acquisitions and infrastructure projects, such as the new Silk Road. All of these are potentially subject to confiscation.

Ukrainian resistance, the harshness of Western sanctions, and American interests in Taiwan must all give China food for thought

And that is not to mention the trillions of US Treasury bonds held by China. The USA would likely be very happy to be able to cancel their Chinese debts without further ado, through sanctions. They would be joined in that by many other debtor countries, from Sri Lanka and Kyrgyzstan to Montenegro and Zambia. Not only that, but the port of Piraeus would become Greek again. Volvo would become Swedish again, and Kuka German again…

The Chinese leadership recently undertook a stress test of the likely impact of sanctions on their foreign investments. The results were jaw-dropping. Moreover, word got round Beijing that Western companies were beginning to reconsider their investments in China because of the risk of a Russian-style war and a spiral of sanctions / countersanctions.

Finally, China is probably aware that Taiwan is of much greater strategic and economic importance to the Americans than Ukraine. Taiwan is not only the world centre for the production of semiconductors. It is also an essential part of the western Pacific island chain dominated by the Americans, from Hokkaido to the Philippines and Singapore. The Americans prevented the Japanese from conquering this island chain at great cost. They are not likely now to sit back and give their dominion over half of the western Pacific and its sea routes to the Chinese.

The result is that China is what we might call ‘half neutral’ in the Ukraine war. It benefits from cheap Russian oil and gas, even if the supply volumes are still small due to the lack of pipelines. It abstained in the UN on the denunciation of the Russian invasion. However, it does not recognise either the Crimean annexation or the ‘people’s republics’ in the Donbas – if for no other reason than that separatism is a deadly political sin in the Han Chinese colonial empire.

Meanwhile, Xi Jinping’s main concern is his reappointment as party leader and president at the Chinese Communist Party’s 20th Congress in the autumn. If successful, he is likely to survive his ailing friend Putin through a third term lasting until 2036. Effectively, this would make him president for life.

Xi Jinping may have almost unlimited power in the Politburo, but this does not mean he lacks enemies or internal concerns

Yet Xi, despite his almost unlimited power in the Politburo, is not without his enemies. The unrestrained cult of personality and brutal anti-corruption campaigns to purge his opponents have made sure of that. And that is not to mention a ruthless zero-coronavirus policy. This has not only placed 26 million residents of Shanghai under house arrest, but imposed draconian curfews on 45 cities and over 370 million people. As a result, Chinese economic growth and exports have stalled.

The powerful elite, meanwhile, live in the luxurious, secluded Zhongnanhai official district of Beijing. It will be interesting to see how they continue to maintain their vast empire from there. Maybe they won’t have the time to wage war. And Putin’s experience in Ukraine certainly indicates that war in Taiwan could be very time-consuming indeed.

This article was originally published at The Loop and is republished here under a Creative Commons license. 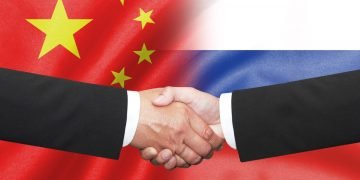 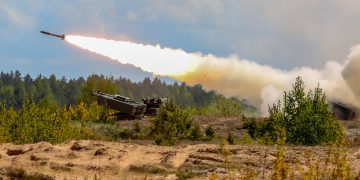