Haulage: a perspective from Poland

Gregor confirmed that there is indeed a lorry-driver shortage in Britain and throughout Europe. 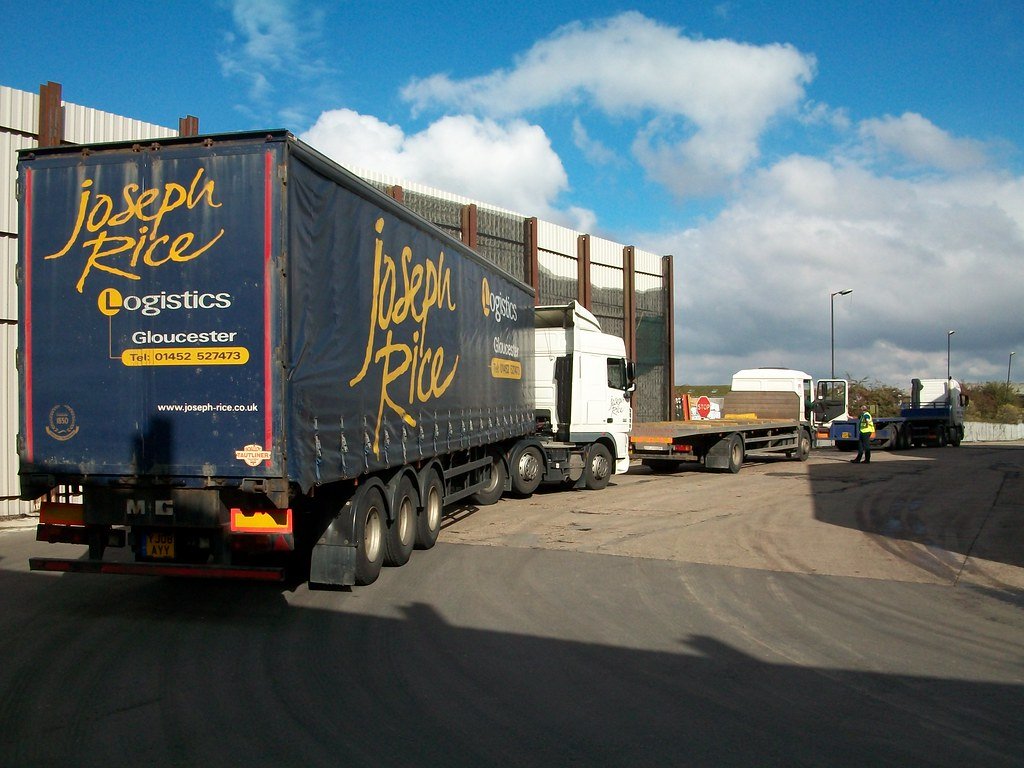 "HGV's at New Holland Dock" by D H Wright is licensed under CC BY 2.0

Gregor Gowans lives in Poland and is a journalist at trans.INFO.

North East Bylines interviewed him to find out first-hand about lorry driver shortages and related matters.

Gregor confirmed that there is indeed a lorry-driver shortage in Britain and throughout Europe, including Poland. But, he stressed, it is:

“emphatically not true that there are empty shelves in the supermarkets”.

There is one Carrefour supermarket in Brussels which has shortages but that situation is caused by a strike unrelated to the shortage of drivers.

Simpler in the Single Market

Of course, as the north of Ireland has found, if you live in the single market, there is little problem: drivers easily drive from one country to another and can even be found from outside the single market itself. For example, Hungary is looking at getting drivers from Serbia: Hungary and Serbia share a border and cultural differences are not stark. Ukrainian drivers operate in Europe, too.

“In summary,” said Greg, “there are issues throughout the European Union and the United Kingdom when it comes to driver shortages” but the UK has specific issues which are exacerbating the problem and accelerating it. Brexit is one of those issues.

Gregor said that in Europe things are indeed “bubbling up”.

So, for example, the EU is spending €100m on improving Europe’s lorry parks, many of which are already better than those in the UK. British ministers say that they would like to see “luxury” lorry parks in the country but have yet to explain what they mean by that or who would pay for them.

So what about the 5000 visas which the UK government has proposed as a solution to the problem of overseas drivers? As so often happens, ministers had not thought the scheme through and soon had to adjust it.

First, they had to deal with the fact that the scheme would not really be a three-month opportunity, for the first drivers were expected in late October and would have to leave by Christmas Eve. The government responded to that by extending the scheme until February 2022 and declaring that 300 of the 5000 visas would be issued “immediately”. At the time of writing (5 October), Johnson claims that 127 applications have been received.

Second, hauliers were lobbying for the suspension of the regulations on the Certificate of Professional Competence, which they said were a burden on the industry and upon the individual driver. But it was realised that suspension was not possible, for those regulations are baked into the Brexit withdrawal agreement and therefore cannot be unilaterally suspended (though Lord Frost might disagree).

And third, ministers wanted nothing to do with improving pay and conditions in the industry. The government position seems to be that the responsibility for ensuring that haulage gets investment for improvements lies solely with the employers.

So will overseas drivers be taking up the opportunity offered?

It seems unlikely. There has been no rush so far and there are indications that there will be no rush soon. For example, Polish drivers were polled by a radio station on whether they would be applying for a visa; of the 114 drivers who gave an answer, 100% said no.

The Dutch truckers’ union has said:

“The EU workers we speak to will not go to the UK for a short term visa to help UK out of the sh** they created themselves.”

Europeans not in the EU are also unlikely to be attracted, for they can get work with better conditions within the EU.

So what about looking further afield than Europe?

It has been reported that drivers in Nigeria are interested in entering the scheme. However, as another example of a scheme being launched before all its details are in place, the government has not yet issued a list of those countries whose HGV qualifications will be acceptable in the UK. What is known about the qualifications required to take up one of the 300 “immediate” visas is that the driver will need to hold an EU, EEA or Swiss licence to drive HGV tankers. And non-EU drivers will, of course, need their Certificate of Professional Competence, so those who do come over would have to do that training first before they hit the road.

A shortage that has not received much notice so far is that of forklift-truck drivers. Before Brexit and Covid-19, 35% of the forklift-truck workforce was made up of drivers from the EU. So are we looking towards a warehousing and distribution problem in the run-up to the festive season?

The conclusion that the author of this article has reached is that you ain’t seen nothing yet. The conjunction of Covid, Brexit consequences, winter and government unconcern will not be bringing us joy in 2022.