It’s a giggle, it can be informative, and if you’re powerful and up to no good, they’ll be on to you. 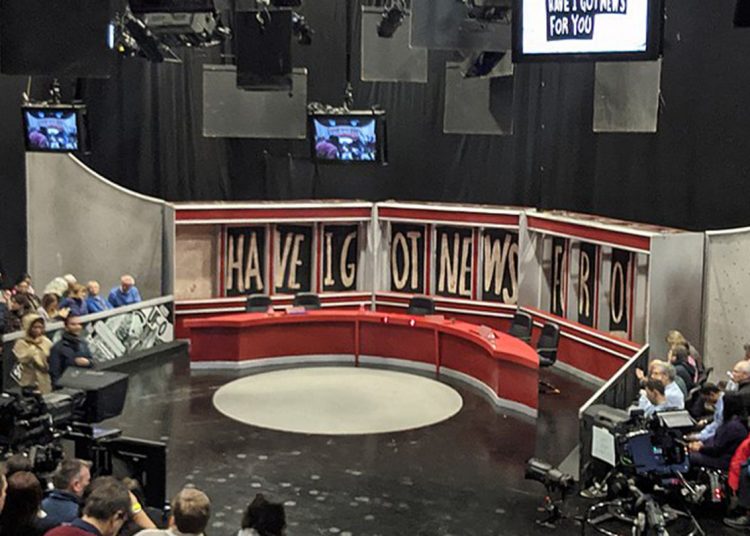 Have I Got News For You has been on our screens for more than half my lifetime. Full disclosure: it is one of my favourite pieces of telly. If it’s on, I don’t miss it, and will happily watch a repeat on Dave here and there (although, as a topical satire show, watching it seven years on can sometimes be a bit befuddling). So, sure, I’m a fan, but that isn’t important for what I’m about to point out to you.

Last night, Friday 1 April 2022, the first episode of the 63rd series aired. I’ve often thought that in times like these they ought probably to keep it on full time, there’s just so much to poke fun at out there. Indeed, sometimes the odd episode seems a little flat these days simply because there is no joke to be made of the news, as the joke is the news. So much of our public life is beyond parody now (apparently, number 10 has installed happy machines to gauge the well-being of staff) that it can be a struggle to mine it for a laugh. Merton and Hislop manage it only because one is an absurdist rather than a satirist, and the other, whilst certainly a satirist, can throw in serious research and reference to hard fact, tracing history and relationships beyond the immediate and local with a snappy brevity. Apart from those odd occasions when Hislop has thought it better to be extremely serious and talk at some length, and in these very occasional instances we’ve had some of the best exegesis upon a live issue that the Beeb has deigned to broadcast. An example is here.

It’s a giggle, it can be informative, and if you’re powerful and up to no good, they’ll be on to you.

It is usually recorded on a Thursday, and I can tell you that tickets to be in that audience are the most fervently sought in British TV. I myself, even though I’ve managed to get tickets to QI no less than five times (probably the second most competitively sought tickets, although QI hosts an audience about four times the size of that the HIGNFY studio can accommodate) have never yet managed to bag them. The main site that deals with these tickets (which are free) has been known to use them as bribes – PLEASE come and feign enthusiasm for this other ailing show you’ve never heard of and no one cares about and you’ll get first dibs on a couple of ticks for HIGNFY next series.

The show is popular. It makes good ratings. People compete to be there.

Now, as I said, it is recorded on a Thursday. Therefore, this Thursday, those lucky enough to have got themselves tickets, likely after multiple attempts and possibly after having been constrained to manufacture enthusiasm for some painfully banal daytime fodder, witnessed a section which started with that clip I’m sure you’ve all seen of Boris Johnson being comprehensively ignored by all the leaders of NATO member nations. That was followed by the host – Clive Myrie – asking “which of Boris’ acquaintances have embarrassed him lately?”

Helen Lewis: “Who was given a peerage very soon after Boris Johnson took over and now The House of Lords Committee said maybe he shouldn’t have done, the security services are a bit worried about him”

There then follows a spot of prime HIGNFY as Hislop traces the connections between Johnson and Lebedev, the recognised security risk, and then Lebedev and Putin, the warmonger, going back years, with a Merton interjection to the effect that Lebedev’s name sounds like Bill and Ben in conversation.

Russian influence on our politics is a VERY live issue. That Russia has been interfering in our politics is recognised by the Russia Report, which even in the redacted version that has been published makes it clear that this interference is a fact. That’s the very Russia Report that Johnson deliberately supressed, and clearly intended to keep supressed, but only managed to sit on until shortly after the 2019 election, so the country had little hard evidence of this interference at the time it elected a party we now know as statement of fact to be absolutely mired in Russian connections.

That’s the Russia that has killed a Brit when it released nerve agent onto British streets, provided the weaponry that shot a Dutch civilian airliner out of the sky, killing everyone, and then invaded Ukraine, visiting a civilian slaughter not seen in Europe since the Nazis. That Russia. Whose oligarchs fund the Tory Party, and one of whom Johnson has installed in our legislature contrary to security service advice.

The Independent article on Friday

HIGNFY records on a Thursday, but airs on the next day, the Friday. And it is, therefore, a matter of the purest coincidence that the Independent of Friday 1April, the day the new series of HIGNFY starts with an episode tracing Lebedev’s connections to both Tory party and the War Criminal who sends conscripts to murder children – and while it’s at it, takes the mick out of his name (the pompous powerful fear derision more than anything) – publishes this hatchet job advising its readers that the show was now “dreary”, past its prime, not really funny anymore, and so, the implication was, they didn’t really need to be watching it. That programme that people go to some lengths to get audience tickets for, and holds its viewing figures, and just started its 63rd series. According to the writer of the piece, one Louis Chiltern, it’s rubbish.

Read it yourself. Then ask yourself two questions –

Is this attempt to leverage the power of the media to a personal agenda, a power won by sheer money, unique to this one instance, or have we been subject to such manipulation for some time?

And, what does it say that Lebedev is here content to resort to so naked and obvious an attempt, with no subterfuge, no concession to the notion that perhaps such efforts should be cloaked, so as to not make the agenda so obvious?

To which I might suggest this answer – they have been successfully manipulating us for so long that they hold us in utter contempt. And, to be fair to them, rightly so.

It seems as though Russia owns the Tory Party and that Brexit is a Russian project.

When Russia sought to destabilise Europe, sufficient of the British people appeared to collude. Why start worrying we’ll see through them now? It’s as if they own us.

“Eton outpost” in Middlesbrough: no real interest from the elitist college 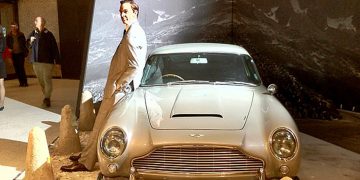 "Eton outpost" in Middlesbrough: no real interest from the elitist college