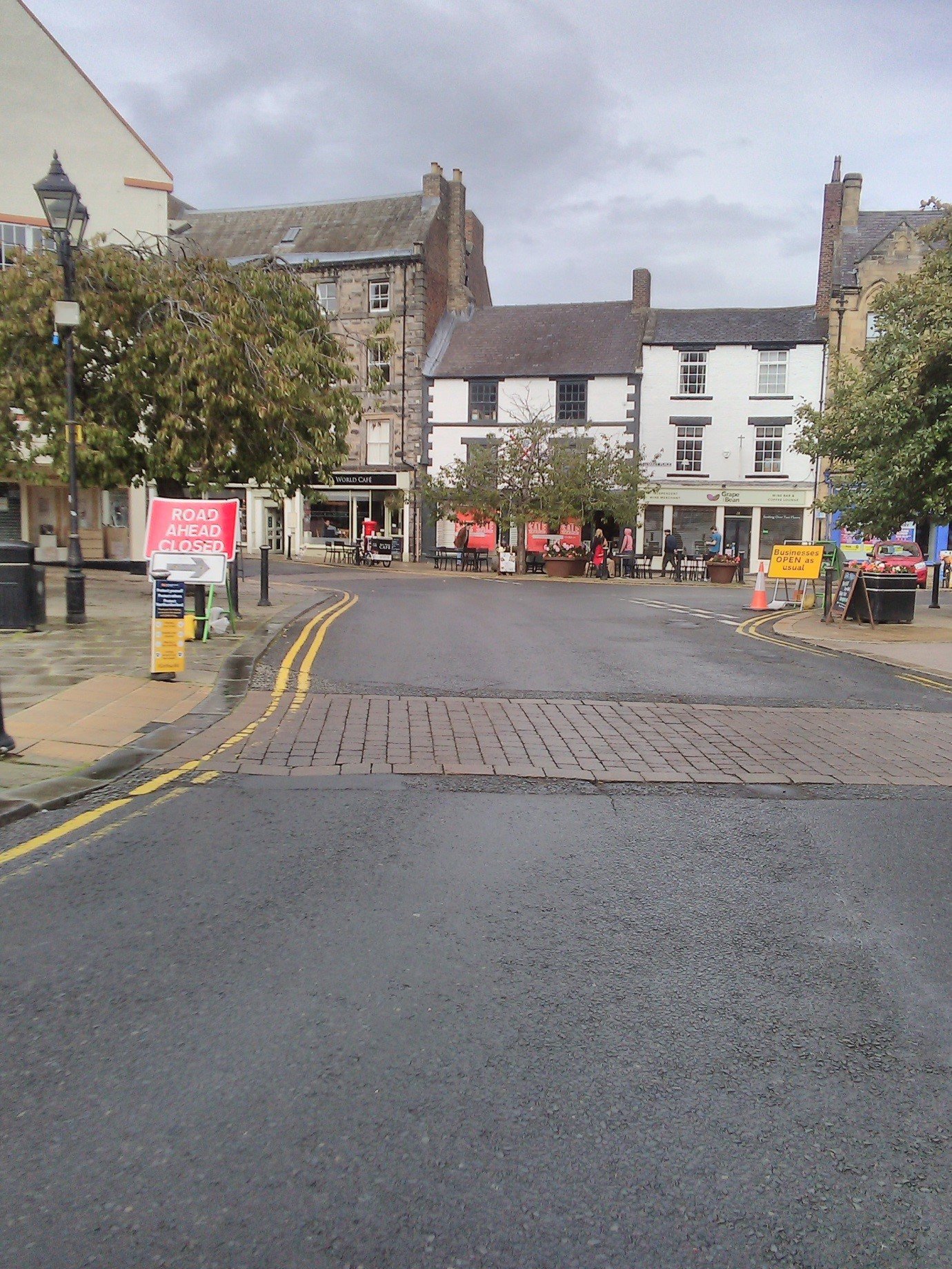 Does the arrow tell you which road is closed, or which way to go? Photo by Peter Howarth

If you live in America, to turn the lights on you flick the light-switch up; if you live in England, you push it down.  One of the first principles of ergonomics is that is you design things so that they work in the way you expect them to.  This is a basic psychological, or cognitive, principle but to achieve it you first have to know what is expected.   Detractors say that ergonomics is just applied common sense, and while that is a good description, it also belittles a practice that aims to provide people with what they want, need, and expect.

Ergonomics has other principles, of course, which include recognising (without being ageist or sexist) that a twenty year old male basketball player is likely to be a lot bigger, and a lot stronger, than an eighty year old retired woman.  Here, designing something to be used by both involves consideration of the differences in their physical dimensions and indeed their strength.  People are different.

The best and worst examples of ‘physical ergonomics’ I’ve ever come across were both present in the same car.  In the 1980s, when I lived in the USA, the father of a friend and colleague died.  I was always interested in cars and Daniel, my friend, asked me what to do with his father’s car.  This was a 1970s Cadillac (which sounds glamorous but was anything but) and Daniel knew it had little value on the open market.  Out of interest, never having owned a big American car, I bought it – for a fair price – and flew down from San Francisco, where we lived, to Los Angeles to collect it.  What a car! It was probably the least collectible or desirable car that Cadillac ever made, but I loved its quirkiness.  It was the Tardis in reverse – huge on the outside but with very little room on the inside.

Cadillacs are bought, and driven, by people of all ages, shapes and sizes, from large young men to small older women.  The car needs to be designed and made so that it can be used by all of these people, and Cadillac had achieved this by making the seats easily adjustable.  As a consequence of the way they did this, I had great fun when I first bought the car.  I found a button which, when pushed, moved the seat backwards and forwards electrically. I found another which moved it up and down.  I found another which reclined the seat to whatever angle I wanted.  Easily adjustable just by pressing a button – on the face of it, wonderful ergonomics.  The only problem, and this is an amusing example of ergonomics being overlooked, was that I was adjusting a bench seats.  This is a single seat that extends over the whole width of the car, and is used by both of the people in the front.  A driver with short legs would move the seat forward in order to reach the pedals, and a passenger with longer legs would be squashed.  Laughable!

Principles like these, which relate to anatomy or physiology, are not difficult to understand and to accept by someone with little knowledge of ergonomics.  Unfortunately, that’s not always the case when it comes to expectation.  In the light-switch example, a designer who knows what is expected in their own country, but is unaware of the cultural differences, will get their design wrong.  This is a consequence of not realising that other people may have different expectations when they look at the equipment.  A designer can themselves see the way something is supposed to work, but may not see how other people who don’t have the same expectations can misinterpret the design.

The traffic notice I came across in Hexham, shown in the photo, is just such an example.  Locals know that Hallstine Bank, the road to the right, is currently closed to through traffic.  But what would a tourist, new to the town, make of the sign?  Is the arrow telling you which road is closed, or telling you which way to go?  I’m not a tourist but, still, I didn’t know.

I put this photo on the local Facebook page, and was amazed at some of the responses.  Whilst most people could see the ambiguity, four or five people were unable to see how it could be misinterpreted.  These were people who apparently knew the rule that the arrow pointed to the closed road, and to them the meaning was clear.  Perhaps it was the same for the person who designed and displayed the sign – they knew what it meant, but were unaware of the ambiguity.

The designers may have thought they were just using ‘common sense’.  The sign says the road is closed, and the arrow shows you which one it is. Simple.  Well, actually not so simple when you dig a bit deeper.  It is the expectation of the users, not the designer, that need to be met and these were revealed by the responses to the Facebook post.  To almost a hundred people the sign was ambiguous.  The text says that the ‘road ahead’ is closed, and to the driver it is the main road which looks like the ‘road ahead’, and not the side road.  So if the main road is closed, what could the arrow be indicating other than the way to go?

One of the techniques ergonomists use is focus groups, in which people discuss the use of equipment.  These provide the designer with ideas, expectations and behaviour that may differ from their own.   The Facebook page acted like a focus group, revealing that for some people the sign is misleading.  Surprisingly, it also revealed that some people were simply unable to see how the sign could be misinterpreted.  If a designer comes into this category, it’s a problem.

Ergonomics is more than just applying common sense, it is knowing how to apply common sense.  The principle of designing things so that they work the way people expect them to work requires knowing these expectations, and this sign in Hexham illustrates how problems can arise if you don’t.

A Creative UK in a Creative Europe