By turning its back on its continent, and by preferring the company of its empire, back in the 1930s, Britain became the naive joint midwife of the murderous mayhem of World War II. 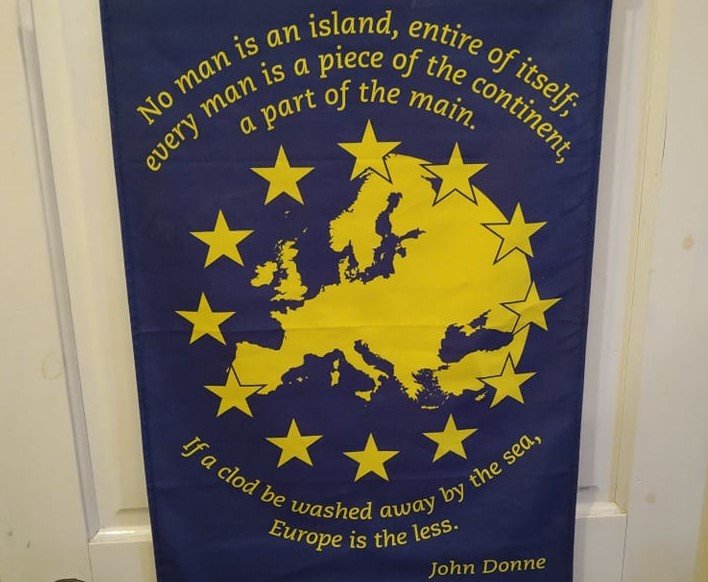 History is a funny old thing. It really does have an uncanny and disturbing habit of repeating itself.

By turning its back on its continent, and by preferring the company of its empire, back in the 1930s, Britain became the naive joint midwife of the murderous mayhem of World War II.

And today, the direct political descendants of those responsible for that catastrophe are once again busy betraying their continent and their world in pursuit of an imaginary 21st century reincarnation of that long-vanished empire.

Back in the mid-1930s, the British government betrayed our closest democratic ally, France, by giving the Nazis the green light to massively expand their navy (through the 1935 Anglo-German Naval Agreement).

And then in July 1939 (in two top-secret meetings with the Germans), the government in effect encouraged the Nazis to invade Poland (thus not only betraying the Poles, but also betraying the French, who were, along with the UK, the guarantors of Polish independence, under the Anglo-Polish Mutual Assistance Agreement)

In today’s world, in its post-Brexit desperation to get foreign trade deals, the UK government is again busy undermining European solidarity (and thus security) by conspiring with Australia and the USA to betray France over the Franco-Australian submarine deal. France quite rightly views it as a stab in the back.

What’s more, by deliberately excluding France from the new US/UK/Australia (‘AUKUS’) Pacific defense agreement, Britain may well have fatally weakened the crucial Anglo-French defense cooperation agreements (the continuing pact established 11 years ago between Western Europe’s two largest military powers). It is also conceivable that ‘AUKUS (and America’s failure to consult its European allies over its ultra-rapid withdrawal from Afghanistan) will serve to substantially weaken NATO (and/or Europe’s confidence in it).

Our modern geopolitical adversaries, Russia and China (despite China’s protestations over AUKUS) are both no doubt thinking that Christmas has come early.

But the Johnson government is not just complicit in undermining European solidarity (and consequently also therefore European security), it is also busy undermining and betraying global security by betraying its commitments to fighting climate change – at the very time it should be seeking to lead the world on that issue in the run-up to the November COP 26 UN global climate summit in Glasgow.

And earlier this month, the government gave Britain’s biggest airport, Heathrow, a political green light to try to build a third runway, an action which would pump huge additional quantities of aircraft-originating greenhouse gases into the atmosphere.

The government’s actions cripple Britain’s ability to be taken seriously at COP 26 . In effect, it betrays the entire aim of the global conference – and betrays the hundreds of millions who will suffer, and in many cases, die from global-warming-induced disasters, many of which the UK will not be immune from.

Instead of geopolitically betraying our continent – and environmentally and in terms of security, betraying the whole world – the Johnson government should admit to the British public that it knows that its ‘Global Britain’ agenda is a dangerous illusion – and that, despite Brexit, we need to strengthen our relationship with the rest of our continent, not further destroy it.

We must hope that our government’s naive pursuit of the ‘Anglosphere’ (what it used to call, at least in part, the Empire back in the 1930s) does not produce similarly catastrophic geopolitical or other consequences.

You can also read These are the terrifying parallels between Brexit and the appeasement of Hitler in the 1930s by David Keys, writing in the Independent.