Just how independent are the North East's Independent councillors and what can we do about it? Julia Mazza investigates. 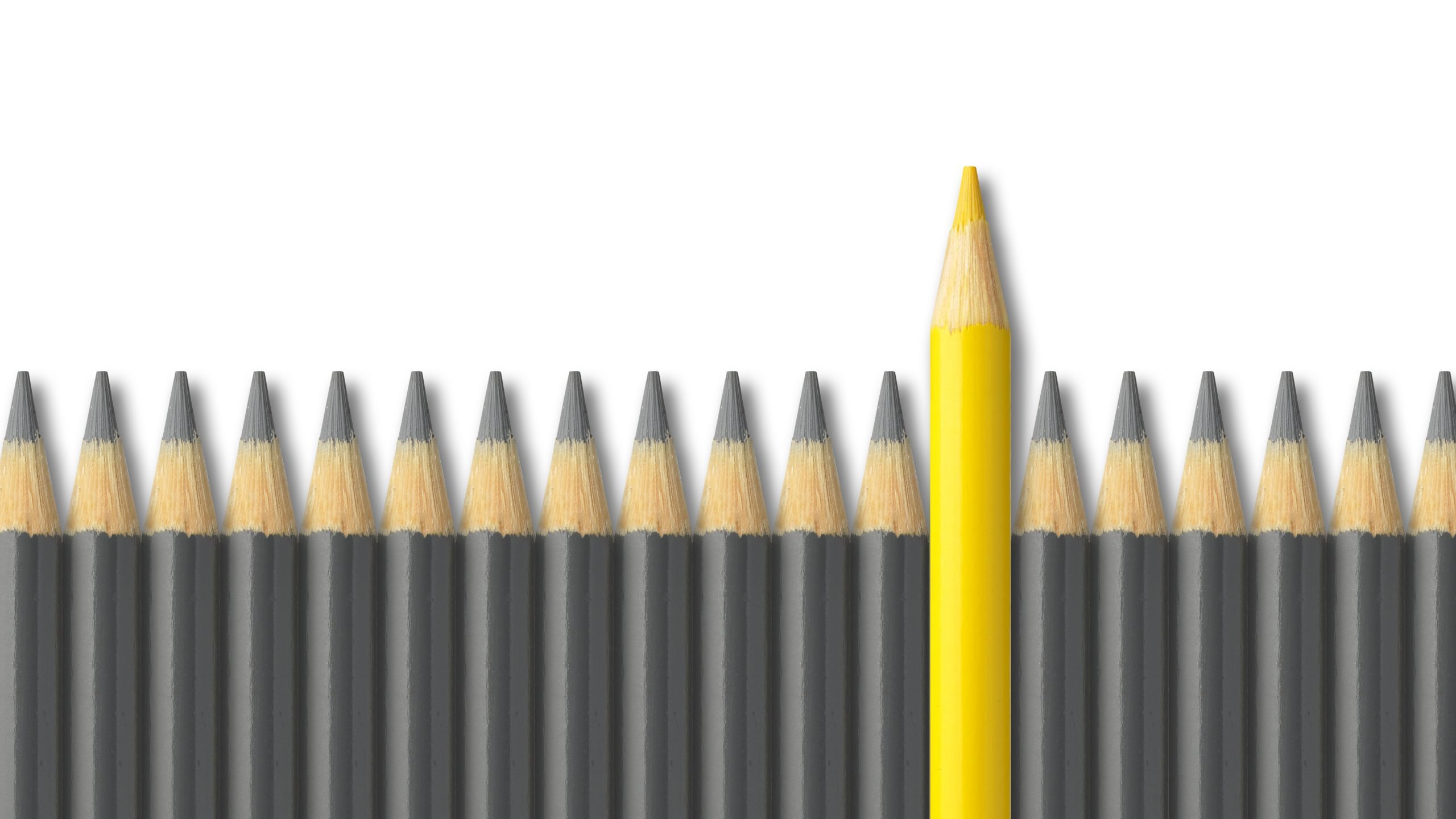 Independent is a lovely word, defined as “free from outside control; not subject to another authority.”

Perhaps that’s why the term is so popular in local politics. Far better the Independent from next-door-but-one to man the first line of resistance against potholes, than some stranger brandishing a party flag of whatever hue.

At the most basic level of government, the parish council, the North East’s Independents have been councillors for many years.

The popularity of local Independents was boosted in 2014 with the publication of a book by Peter Macfadyen entitled Flat-Pack Democracy. With his merry band, Macfadyen took control of a parish council in Frome, Somerset. His bible takes you through all the stages needed to win a seat as an Independent local candidate.

So well-respected is the book that the Local Government Association announces on its website that it has several free copies to share.

The book’s sequel, Flatpack Democracy. Power Tools for Reclaiming Local Politics published in 2019,  is a toolkit for Independent campaigning. From the title, the sentiment is clear: local politics has to be “reclaimed” from undemocratic registered parties.

Disenchantment with the main parties

By the date of Flatpack Democracy’s publication, the time of the Independent non-politician at higher levels of local government had come. The long-awaited accession to power of the Lib Dems in 2010 in the shape of a Coalition with the Tories wasn’t popular with Lib Dem voters, and by the 2015 General Election all the Lib Dem MPs returned could fit into a Mini Cooper.

There was also disenchantment with the North East’s Labour Party. Effective Tory campaigning and internal party squabbles had confused and alienated the electorate. In ABC towns (Anything But Conservative), standing as Independent offered a “non-political” alternative. This is especially so in regions facing economic decline and widespread poverty, with Labour councils blamed for the fallout of a Coalition austerity programme that never went away. The rise in council tax to make up for the fall in the central government grant didn’t help.

But how independent are the Independents? Are they really apolitical or are they wolves in Independent clothing, disguised to avoid the taint of their true political allegiances?

In Tees Valley, Independent councillors have joined together and formed alliances with existing parties. Although only a sprinkling of the Independent groups are registered as parties with the Electoral Commission.

Independent councillors are in power in four of the five Tees Valley local authorities, as well as at Durham County Council.

Independent support for the Tories

The Tory Tees Valley mayor Ben Houchen scraped into office in 2017 with a slender majority of just over 2,000.

Helping Houchen on his way to re-election in 2021 (with 72.8 per cent of the vote) were leading Independents at four Tees Valley councils. On his website of 16 April last year, the four Independents from Redcar, Middlesbrough, Darlington and Hartlepool gushed their praise.

They announced that it was only because of the current metro mayor’s “vision, drive, and dedication” that Teesside, Darlington and Hartlepool had been transformed into a “magnet for international investment”, creating “tens of thousands” of skilled jobs.

There followed expressions of unconditional Independent support for the Conservative Mayor.

In Redcar and Cleveland, Independents in partnership with Lib Dems hold an overall majority. With 19 councillors, the Independent Group, led by council Leader Mary Lanigan, is a mixed bag. One Independent Group councillor, Christopher Gallacher, was the UKIP candidate in the 2015 General Election.

As well as three individual “independent” Independents, two councillors are organised as Teesville Independents, and two ex-Tory councillors formed the Cleveland Independent Group after splitting from their party. One is still a member of the Conservative Party.

“The way forward is to be independent”.

In Darlington, Conservatives hold the most seats but they run the council thanks to a power-sharing deal with Lib Dems and Independents.

Councillor Kevin Nicholson of the Darlington Independents claims on LinkedIn that he works for the House of Commons as a communications officer and previously as a caseworker. His more detailed report on the Councillors’ Register of Interests states that he works for Peter Gibson, the local Tory MP elected for the first time in 2019.

Then there’s Hartlepool, where local politicians are old hands at the Independent game.

With the May 2019 local election, Labour lost control of the council and the Independents together with three Tories took power. In September 2019 the ruling group all defected to Nigel Farage’s Brexit Party, and then in February 2020 they all left the Brexit Party and returned to their respective groups. The alliance between Tories and Ukipper Independents remained.

Whilst remaining a councillor, John Tennant served briefly as a Brexit Party MEP in the dying days of the UK’s EU membership. According to European Parliament records of July 2019, Tennant also worked for UKIP MEP Jonathan Arnott and was Regional Controller for the Brexit Party. Tennant then joined Farage’s Reform Party UK and went on to lose his council seat last year.

Shane Moore, Leader of the council and the  IU, was a Conservative before he joined UKIP.  He is also Deputy Mayor of Tees Valley under Ben Houchen.

At the Hartlepool elections last year, all the Conservative candidates won their seats as the town responded to the Tories’ heavy-artillery campaigning to secure the parliamentary by-election. A renewed Tory- Independent coalition was formed, including ex-Labour councillors as well as the IU.

Middlesbrough Council moved in 2019 from a Labour majority to no overall control. While Labour is still the largest party, the Independents hold the largest number of seats. It is the first time in the town’s history that Labour have not held the majority. The Deputy Mayor and Council Chair are both Independent as is elected mayor Andy Preston.

Other posts he shared claimed that white children were being groomed and raped and that migrants in “rubber dinghies” were “fast tracked” for housing and benefits.

At Stockton there’s no overall control and Labour hang on to power by a thread. Labour now hold 24 of the town’s 56 seats. The Conservatives have 16 members. The 15 Independents are organised into three groups. But the Tories haven’t managed to build a coalition. The seven councillors of Thornaby Independent Association are a breakaway from Labour and still socialists at heart, voting with Labour on the issues that matter.

Two of the three councillors in the Fairfield and Yarm Independents are former longstanding Conservative councillors with a history of bad blood with the new-generation Tories. After many years’ service, Maurice Perry was deselected in April 2019 as a Conservative candidate. He and his ward colleague Bill Woodhead stood as Independents a month later and won. The pair are now known for voting in the council chamber against the Tories.

Nevertheless the Labour leadership still has to play an intricate game of diplomacy, with council officials consulting with the Independents on crucial votes such as setting the budget.

At Durham County Council, Labour now has 54 seats. The Conservatives have 23 seats, the Independents 21 and the Lib Dems 17.  It’s the first time since 1919 that Labour has lost control of the council. In a non-Labour coalition, the new Council Leader Amanda Hopgood is Lib Dem and the Deputy Leader Richard Bell is Conservative.

No doubt many Independent councillors have noble motives and seek what’s best for their town. At this year’s council elections, the question you might want to ask is: how can I tell if an Independent is a local hero or a maverick playing the Independent game?

You could read the candidate’s manifesto if one is produced, but it would be open to reinterpretation should a winning candidate join a coalition.

Or there’s the option of researching the candidate’s donors in past elections. Political parties must submit their election accounts to both the Electoral Commission and the local Returning Officer. Independents lodge their accounts only with the Returning Officer. The documents  are not online, and require a trip to view them at the local Electoral Services office.

Or the accounts can be copied – charged by Hartlepool at 20p a sheet. It soon adds up. Hartlepool sent me a quote for copying the accounts of all candidates at the 2021 local election: £217.20.

However, if the candidate stood for election over two years ago you won’t find any information. After two years, the election accounts of Independent candidates are destroyed.

Appeal to #StandForHumanity in Ukraine from Go Dharmic

Appeal to #StandForHumanity in Ukraine from Go Dharmic