Although the number of rough sleepers in Newcastle is much lower than Manchester and other core cities, many thousands more make up the 'hidden homeless'. Some sofa-surf in friends' flats. According to Shelter, a staggering 320,000 people are homeless in modern Britain. 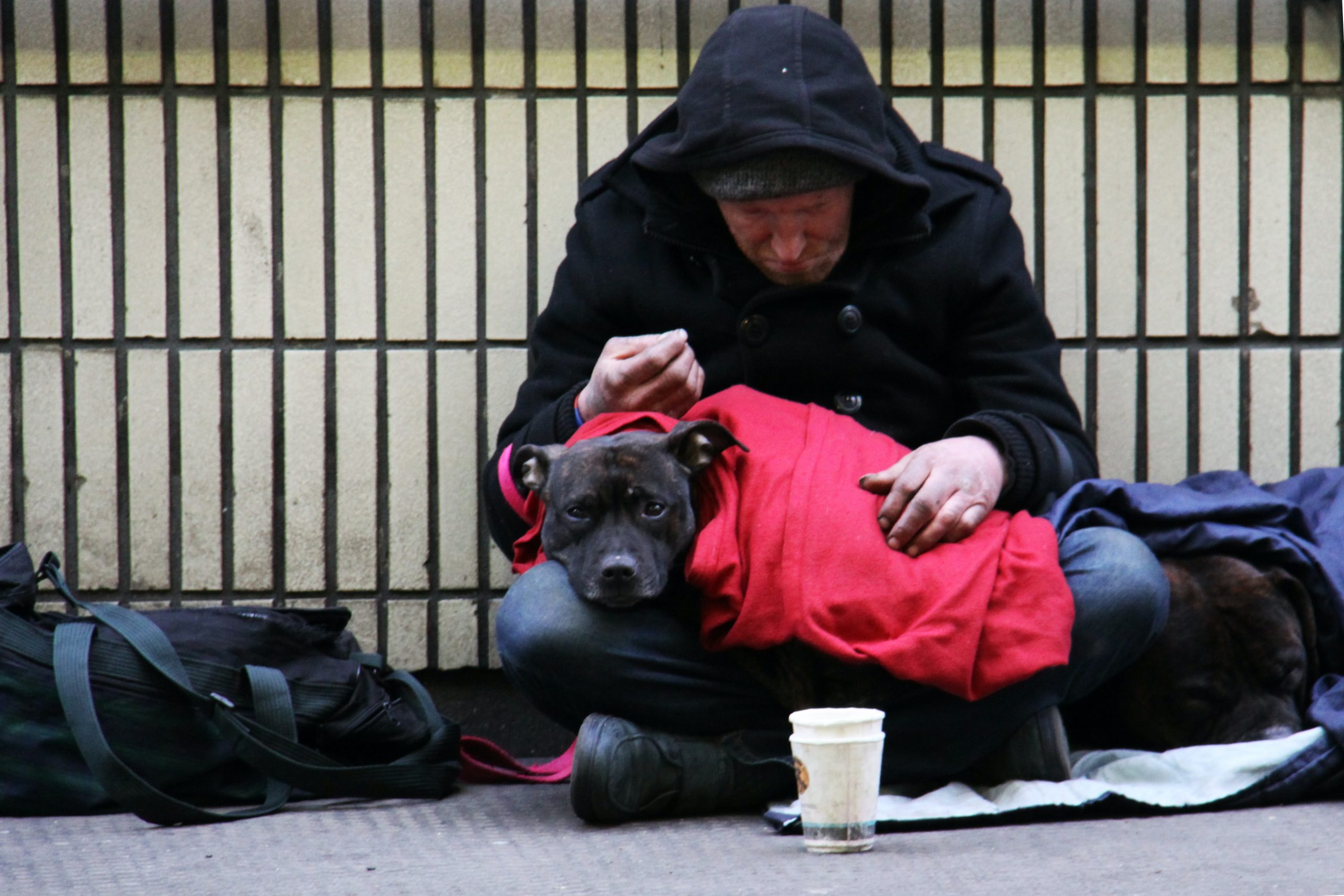 Photo by Nick Fewings on Unsplash

Having a home is a basic human need. It should also be a human right. For those without a home, life is barely tolerable. For a rich society like the UK, the problem of homelessness is an indictment of its ability to meet one of its citizens’ key welfare needs. Yet homelessness remains a big issue both in the north and elsewhere in the UK, with people still sleeping rough on the streets of our cities and towns simply because they don’t have a home to go to. The number of rough sleepers has soared by 169% since 2010 according to the charity Crisis. Yet we don’t need only raw numbers to tell us this. The problem is visible. Homeless people huddling in shop doorways and makeshift tents and mattresses remain a feature on several northern city streets.

Although the number of rough sleepers in Newcastle is much lower than Manchester and other core cities, with up to 20 individuals sleeping out in the city centre on any given night, many thousands more make up the ‘hidden homeless’. Some sofa-surf in friends’ flats. Others sleep in cars or stay in charity-run hostels, grotty B&B hotels and other costly forms of temporary accommodation. According to the housing campaign group Shelter, a staggering 320,000 people are homeless in modern Britain.

The nature, causation and effects of homelessness are complex and multi-faceted. Being homeless can have a devastating impact both on a person’s ability to hold down a job and on their children’s life-chances. Few youngsters trapped in over-crowded and insecure accommodation thrive at school or college. Homelessness has a profound effect on physical and mental health. The average age of a rough sleeper at death is just 47, as compared to 77 for the population as a whole.

Too often homelessness results from a life-crisis. It’s the outcome of traumatic life changes such as unexpected redundancy, long-term illness, relationship breakdown and problems navigating a complex and punitive benefits system.

According to the campaign group Generation Rent, a chief cause of youth homelessness is the abrupt ending of a short-term tenancy in the private sector. 94% of this is down to no-fault evictions, which have more than doubled since 2008. For York University social researcher Mike Stein, the recent increase in homelessness and rooflessness in the last decade is a direct result of national government housing policy. As Prof Stein points out, the problem is not inevitable. Previous administrations, including both Conservative and Labour, were able to get to grips with street homelessness and ‘cardboard city’, both in London and elsewhere in the ’90s and noughties.

Austerity alongside substantial welfare cuts have pushed thousands of people into homelessness. Housing benefit is no longer available to most under-25s. The benefit cap and freezes have all taken private rents further out of reach of low-income households. In the North East, where Universal Credit has been rolled out, an average five-week delay before the first payment has resulted in thousands of families being caught in rent arrears. Some have lost their homes because of this.

These changes have been compounded by the long-term demise in the amount of social housing available. The number of affordable council homes has fallen from seven million in 1980 to less than five million today, partly due to the right to buy. Few of these homes have been replaced.

In the growing private-rented sector, rents have soared, outstripping annual wages. Low-income households have seen their housing costs jump by 45% in the last six years. For many young adults, rents eat up almost half of their yearly income. Supported housing for people with complex health and social care needs has been hit hard by public expenditure cuts.

The government acknowledges that the UK has a major funding problem with £100m of new funding to sort it and 200,000 new homes, mostly to buy, has been promised. They have pledged to end rough sleeping by 2027 and have passed a law giving councils a duty to prevent and alleviate homelessness. Yet most local authorities in the North have seen their central government grant almost halved since 2010. Despite the best efforts of local councils and social housing providers to build new homes, more needs to done. It can’t be left to the free market nor the third sector.

Housing for the many and not just for the few must be at the heart of a radical national government housing programme, as set out by a recent cross-party commission on homelessness. There’s a compelling need to tackle youth homelessness by providing more support for front-line services, outreach work on the streets and Foyers.

Housing associations need to sign up to ‘homelessness agreements’ and concerted action is required to tackle the root causes, namely the mental health crisis compounded by the coronavirus pandemic and the maladministration of the social security system. The right to buy needs to be suspended.

A tighter regulation of the private-rented sector is needed based on a cap on rent rises, whilst giving greater security to renters. And there’s even scope to promote housing co-operatives too. As Shelter points out, the UK needs a 20-year comprehensive plan to build three million fair rent council homes in places for those who need it most.

This will require a deep-seated change. With will and commitment, it can be done.

A decent home for all is the hallmark of a civilised society. It should also be a basic entitlement, like access to free universal education and healthcare.